To hear most Senate Republicans and not a few Democrats advise of a reluctance to consent to the appointment of former Senator Chuck Hagel to head the Pentagon, one would imagine that President Barack Obama is the best friend Israel ever had; was about to go to war with Iran and Egypt; and had proposed a massive increase in defense spending.

It seems that when the Nebraska Republican was “a United States senator” (a phrase he constantly repeats in response to most any question as if insecure that those listening actually believe he’s a member) he:

Spoke disparagingly of the ‘Jewish Lobby’;

Denied being an ‘Israeli Senator’;

Called for a ‘pragmatic approach’ to Hamas as they reigned rockets on Israeli cities;

Opposed sanctions against the Mullahs ruling Iran; and

Opposed the surge in Iraq.

Our present Chief Executive, while an Illinois Senator serving with Hagel, also opposed the surge in Iraq and voted twice to cut off funds for American troops at war in Iraq and Afghanistan. As President, Barack Obama has:

Re-established diplomatic relations with the so-called ‘moderate’ regime in Syria;

Begged for unconditional meetings with the mullahs ruling Iran while they mowed down freedom-seeking youth in Tehran streets; and

Pushed out American’s Egyptian ally in favor of the Muslim Brotherhood.

Chuck Hagel is an atrocious choice for Secretary of Defense, much as Syria-loving and Benghazi-ignoring Hillary Clinton was at State, and that Vietcong and Sandinista Communist-loving John Kerry is as her successor. President Obama is an atrocious Commander-in-Chief, but it is not unconstitutional to favor and/or appease evil regimes and vilify friendly democratic republics. A majority of Americans have twice trusted President Obama with the nukes.

Therefore, unless Chuck Hagel is found to be “incompetent” (defined in Washington as being unable to walk and chew gum at the same time) in a fundamental way; lacks character; or is discovered with a live boy or dead girl, the due deference rightfully afforded Cabinet nominees should obtain.  We wish the senior senator from the Palmetto State understood the difference between temporary executive branch appointees and those nominated to serve in the Judicial Branch for life. The latter should be denied appointment based upon venal views of the Constitution as written (i.e. liberal Democrats), even if they have no criminal record and can walk and chew gum at the same time.

We have longed bemoaned the curious behavior of so many U.S. senators as seeming to revere the Senate more than their country; which former membership in usually ensures quick conformation to the bench of Cabinet. But in this case, that Hagel was a self-righteous boor that made no friends while in the exclusive club of  “honorable friends” appears to be the main disqualifying factor in this nomination fight.

A President Barack Obama is not going to nominate anyone better than Hagel, because no matter who he nominates they will have to carry out Obama’s foreign policy. He will not nominate Donald Rumsfeld if Hagel is rejected.

This conservative wishes that Republican senators had the courage to call out President Obama as an immoral appeaser of Islamists against the interests of the United States, rather than feign outrage at his admittedly shallow nominee to head the armed forces they both seek to diminish. 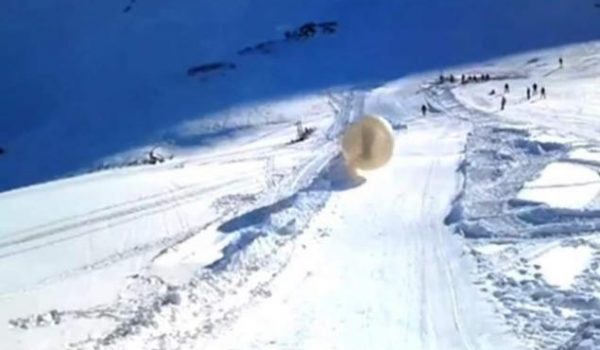