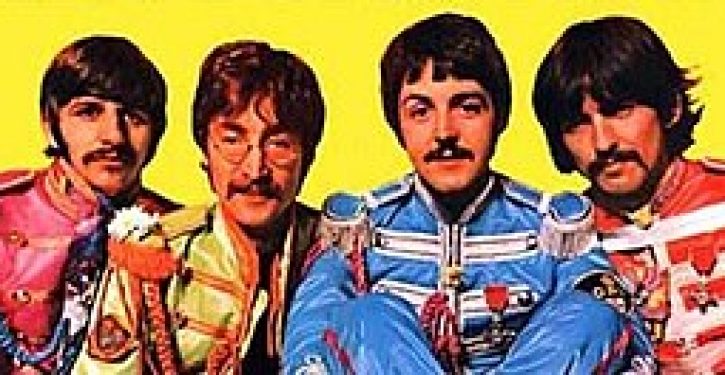 In 1967 the Beatles song “When I’m Sixty-Four” (video after the break) appeared on the now iconic Sgt. Pepper album. Many, including this writer, considered age 64 “old.” (Of course, I was only 12, but 64 was old at that time.)

But recently, when General Norman Schwarzkopf died at age 78, I did not consider him old.

So what happened to change my view of when old age begins?

Well for starters, I got old along with 76 million Americans born between 1946 and 1964, affectionately known as “baby boomers,” who transformed America at every stage of life.  Unfortunately, our nation was totally unprepared for all the change we brought every step of the way and now is no different.

Last year at an Aging in America conference, Ken Dychtwald, CEO of the consulting firm AgeWave, summed it up like this:

Then Dychtwald compared his New Jersey high school, with such overcrowding that students had to go to classes in shifts, to what’s in store for aging baby boomers in the coming decades.

The boards of education had 13 years to see this coming. What was the surprise there? But it’s the same today with senior care and geriatric medicine and continuum of care. It’s staggering how unprepared we are.

Yes, it is staggering indeed and, as the saying goes, “we ain’t seen nothin’ yet.”

From personal experience I can tell you that aging baby boomers are going to transform America by creating a senior housing shortage and health care crisis of such epic proportions that it will affect everyone regardless of age.

Here is just a small sample of what you can expect and it is not pretty.

My mother resides in South Florida which is flooded with senior citizens of her generation born in the 1920s, and who because of advances in medicine and drugs are living longer.

She is almost 87 and due to a stroke currently lives in a nursing home. Recently she was rushed to the hospital with some internal bleeding.

In the emergency room I was appalled to see corridors literally lined with senior citizens lying on gurneys who, like my mother, were waiting to be seen or had been seen, and now were crowding the halls waiting to be admitted into the hospital.

After arriving by ambulance at 7 AM,  my mother spent the next 12 hours waiting in the emergency room and due to a hospital room shortage it was 7 PM before a room was finally available.

What surprised me was when I asked the nurse if this was a typical day and she said, “Yes.” Then I asked her if we could go to another nearby hospital the nurse said, “They are all like this.”

During the 12 hours when I was rushing in and out, I noticed the large, brightly painted pediatrics emergency area was completely empty the entire time, except for one little boy with his arm in a sling who was promptly treated.

So you know where I am going with this. The demographics of my mother’s generation now causing crowded hospitals in Florida, pales in comparison to what hospitals will be like in 2026 when the first 1946 born boomers turn 80.

A tsunami of old people is coming ashore — not just in Florida, everywhere and our nation is woefully unprepared.

If we were starting to prepare, you would be seeing new nursing homes, assisted living facilities, hospitals dedicated to elders, adult day-care centers, and senior walk-in clinics popping up by the hundreds or even thousands across the nation.

Obviously this is not happening, so instead prepare yourself for a crisis of over 70 million boomer seniors living into their 80s, 90s and even 100s without the facilities or the skilled manpower available to house or care for us.

And just like Dychtwald’s high school classes, baby boomers will be forced to age “in shifts.”

At a ripe old age, immediately upon crossing the last item off my “bucket list,” I will die peacefully at home, in my sleep.

Now, my end of life plan sounds nearly perfect until my husband interrupts asking, “How do you make God laugh?” The answer is, “Tell Him your plans.”