I first met Raul Labrador back in 2010 after he won his first primary.  His Democratic opponent, Walt Minnick, outspent him and had the backing of the local Democrat-media complex – naturally.  Nevertheless, he won easily.

Labrador is a good, Tea Party GOP representative who is not given to such language, so this was a bit of a surprise.  Perhaps it’s time for the rest of the GOP to take notes…

Appearing on ABC News’ “This Week” on Sunday, Rep. Raul Labrador (R-ID) compared Democrats to bank robbers who want to raise taxes on everyone.

He also said that Democrats led by Barack Obama have provoked a civil war among Republicans over the issue of taxes.

“They have tried to get us to fight against each other on taxes when — I’m not really sure that they don’t want to go over the fiscal cliff,” the Idaho Republican said. “They want to expand the growth of government. They need more revenues. You know, Democrats are like bank robbers. You don’t have the money in the 2 percent — the money is in the 100 percent. They want to raise taxes on everyone,” he added.

Labrador was one of the conservatives who opposed Speaker Boehner’s plan to raise taxes only on those making over $1 million.

If Democrats really wanted to avoid the fiscal cliff, he said, they would have voted for the plan.

“There were only about 50 of us in the House who said that we were not going to vote for John Boehner’s deal last week,” Labrador said. “All they needed was 50 Democrats to vote for the deal, and it would have passed last week.”

“You’re not willing to compromise at all,” Karl said.

Video of Labrador’s remarks can be seen here. 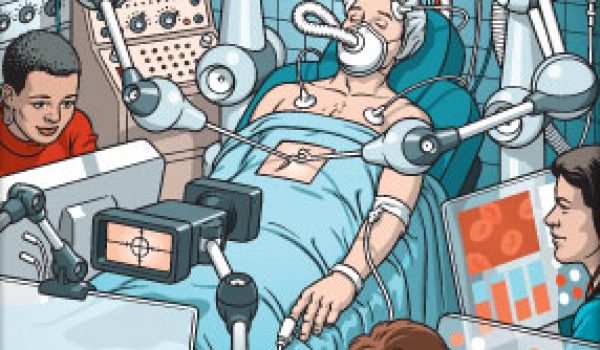