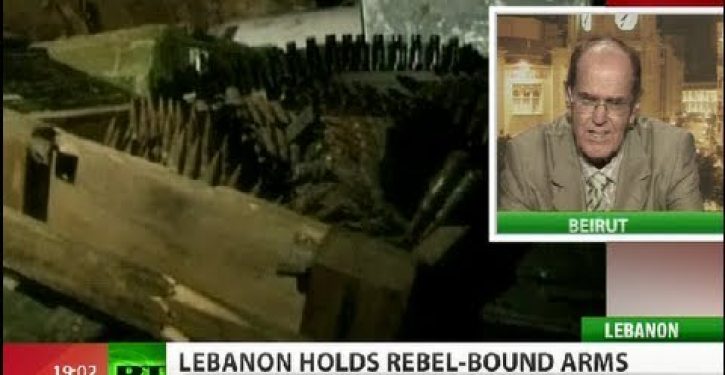 Yesterday the Department of State released the unclassified version of the report of its Accountability Review Board (ARB) on the September 11 attack in Benghazi. Secretary of State Hillary Clinton had earlier taken responsibility for the attack; I seem to remember being told that we must await the ARB report before drawing conclusions. So now it’s conclusion-drawing time (especially since no one knows when Clinton will testify before Congress), and these are mine:

The report confirms what everyone has known for months: that the attack had nothing to do with a protest over a video.

The report is silent, however, on the mission of the non-consulate in Benghazi, except to say that it “bolstered U.S. support for Libya’s democratic transition.” There is nothing addressing its alleged role in arms shipments to Syrian rebels and whether that might have affected the security conditions at post.

Nor does the report explain in any way the disturbing photo shown above of Ambassador Chris Stevens’ body being carried or dragged in the street. It merely repeats the official version of what happened to him: he was overcome by smoke and his unresponsive body was found and taken by Libyans to a hospital. Is that really what this picture shows?

The report refutes any suggestion that military action could have helped:

There simply was not time enough for armed U.S. military assets to have made a difference.

If that’s the case, though, one has to wonder at the advisability of operating a post, consular or non-consular, in Benghazi, or keeping it open after the British closed their post there. The ARB report does not probe this aspect of the tragedy, beyond volunteering, that “[k]nown gaps existed in the intelligence community’s understanding of extremist militias in Libya and the potential threat they posed to U.S. interests.” In other words, we knew we didn’t know enough about the bad guys and what they wanted to do to us. So, come again, just why were we still there?

The report does cover, sometimes in impenetrable bureaucratic detail, how State’s Bureaus of Diplomatic Security and Near East Affairs acted – or failed to act. It lists a range of problems, from insufficient funding (which it blames on Congress) to poor staffing:  difficulty in filling the principal officer slot in Benghazi; largely untrained security volunteers sent in on short-term rotations; lack of Arabic speakers; etc.

So should someone be blamed for this mess? The drafters of the report don’t seem to be able to make up their minds. On the one hand:

While on the other:

… the Board did not find that any individual government employee engaged in misconduct or willfully ignored his or her responsibilities, and, therefore did not find reasonable cause to believe that an individual breached his or her duty so as to be the subject of a recommendation for disciplinary action.

I guess the poor reader is going to be left to his or her own devices to decode all this. Meanwhile, Clinton, in a letter that accompanied the report, announced that she’s already implementing the report’s recommendations.