Two stories reported by CBS News on Tuesday make for interesting bookends in the ongoing coverage of the Sandy Hook massacres. One report might be filed under reaction, the other overreaction, though which is which depends on your ideology.

First up is a report out of Denver noting that the Colorado Bureau of Investigation has received 4,154 requests for background checks from potential buyers beginning the day after the shootings. The flood of new gun purchases overwhelmed the CBI’s resources.

Director Ronald Sloan said in a statement on Saturday:

CBI’s InstaCheck employees are dedicated professionals who take tremendous pride in providing exceptional customer service while balancing the critical public safety role they perform in the background check process. The team routinely works well past operating hours of the unit to reduce numbers in the queue and subsequent wait times. I’m extremely proud of their efforts this weekend, and throughout the year.

The demand is obviously triggered (er, prompted) by concerns over changes to federal or state law that will make it more difficult to buy or keep a firearm.

The phenomenon, The Examiner’s Charlie Spierling writes, is nothing new. He reminds readers that gun sales rose dramatically in 1994, after Bill Clinton’s signature assault weapon ban passed both the House and the Senate.

The second story, reported by CBS Los Angeles, notes that LAPD Chief Charlie Beck has announced a plan to implement daily police spot checks at the city’s schools. He hopes to get the program off the ground by the time students return to school following the Christmas recess, coordinating the effort with private schools as well as the superintendent of the LA Unified District.

I’ve been a police officer for 36 years and I thought I knew how deep evil went … I’ve hunted and I’ve captured murderers, child molesters, rapists, and it turns out, I had no idea how low human beings could sink.

The announcement came as a surprise, according to KCAL9. In an interview with one of the station’s reporters Beck elaborated on his plan:

“I’m going to use all 10,000 Los Angeles police officers. We won’t be there all the time — but no one will ever know when we will be there. I don’t want anyone to think they can walk into a school in Los Angeles and be immune from the police. ‘Cause you won’t be.

One might analogize this initiative with the posting of state troopers along the nation’s highways as a deterrent to speeders. Then again, it’s hard to know whether the threat of a police presence is enough to prevent a crazed killer from carrying out his deadly mission. I was unable to find any hard statistics on the number of mass murders that end in suicide, but it would be worth the LAPD’s time to investigate before committing its resources to such an endeavor. 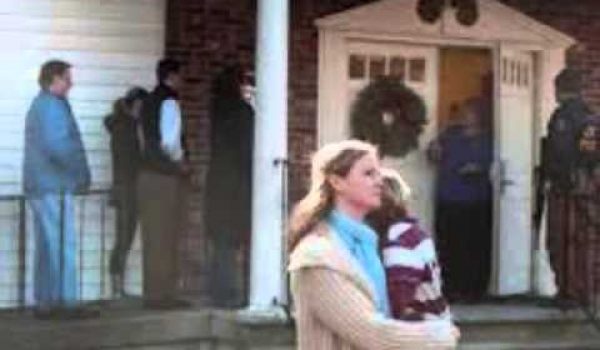