These are the times that try men’s souls. Er … make that “persons’ souls.” And don’t forget to include “others.”

The latest effort to correct the sins of a sexually insensitive world comes at the hands of 13-year-old McKenna Pope. Pope, who lives in New Jersey, launched a petition to force toymaker Hasbro to make a gender-neutral Easy-Bake Oven.

The need arose, Gawker notes, when Pope’s 4-year-old brother announced he wants one of the ovens for Christmas. But when big sis went to the store to make his dream a reality, she found that Easy-Bakes come in only two colors — pink and purple. Those, as all the world knows, are “girl colors.”

As of Tuesday, the petition had 41,000 signatures. Among the signatories were several names that will be familiar to food/restaurant enthusiasts and TV cooking show aficionados, such as Bobby Flay and Top Chef’s Manuel Trevino. Another is Michael Lomonaco, who oversaw the kitchen at New York’s Windows on the World, a restaurant that occupied the 106th and 107th floors of the World Trade Center’s North Tower until Sept. 11, 2001. He wrote, “We signed your petition McKenna! You get Hasbro to change that packaging! Little boys and little girls can all be chefs.”

One might expect in light of Lomonaco’s chosen profession that his inclusive statement about boys becoming chefs goes without saying. Little boys have grown up to pursue careers in the culinary arts since long before 1963, when Kenner introduced the first Easy-Bake Oven. It never occurred to anyone before that there was a need for a gender-neutral variation on the theme, but maybe that’s because there wasn’t and isn’t.

Whatever happened to the argument, made by some of the same people who now advocate gender-neutral colors in products, that the blue-for-boys/pink-for-girls distinction was stereotypical and should be discarded? Shouldn’t someone have told young McKenna Pope that she lives in the 21st century when enlightened people don’t assign colors to sex?

Finally, since when is purple a feminine color? And if it is, which of the chefs who came out in support of Pope’s position are going to tell Ray Lewis and his teammates on the Baltimore Ravens that their uniforms are sissy-colored?

Executives at Hasbro have agreed to meet with Pope next Monday. 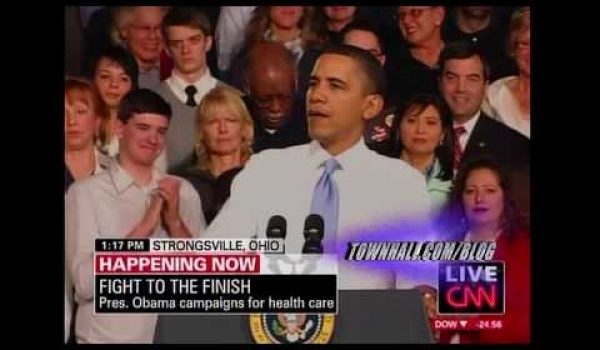