No, Virginia, there is no Santa Claus, but there is a Grinch, and his name is Louis Farrakhan. More properly speaking, that is his nom de tort. But whatever you call him, he is the same race-baiting lunatic who pops up every now and then like a pernicious jack-in-the-box to persuade people of color that the deck is still stacked against them and that they must stand up to white oppression.

Farrakhan’s most recent rant, delivered in a radio address this week, was obviously timed to coincide with the holiday season. The sermon focused on the tradition of Santa Claus, but not in the way you probably imagine—at least coming from a man of the cloth. This was not your standard airing of grievance over the crass commercialization of Christmas. Instead, the reverend managed to inject race into a discourse on a mythological figure.

Here is the money quote:

A lie has a negative effect on anyone who is made to believe what is false. There’s no such thing as Santa Claus. Why don’t you tell your children daddy and mommy bought these, cause’ what you’re doing is—you are literally educating your children to look to white people for what mommy couldn’t give them.

There have been articles and book chapters devoted to the pros and cons of parents permitting, let alone encouraging, their children to believe in Santa Claus. But Farrakhan offers up a unique reason for adopting the argument opposed. Namely, Santa is widely depicted as a white man, and blacks are thus well-advised to break their dependency on their former taskmasters by rejecting gifts from them: something like that.

One could question whether this is the best lesson to teach young children of any color, but Farrakhan is overlooking a remedy that permits young black children to celebrate the wondrous fiction of a cheerful gift giver without being beholden to whites. Tell them Santa Claus is black. Who is to say otherwise?

Who for that matter knew Farrakhan was such a slave to (OK, stickler for) tradition? He has no problem revising history when the spirit moves him. Earlier this year he proclaimed that Jesus of Nazareth, a Jew by all reliable accounts, was in fact a black Muslim. Ditto for the prophet Elijah, who plays a principal role at the Passover seder, when according to ritual he appears at the door of every Jewish household. Farrakhan insists that the narrative has been … er, whitewashed because if a black man showed up on the doorstep of most homes, the occupants “would call 911 and say there’s a n**ger at the door, claiming he’s Elijah! Send the police!”

And yet, when it comes to Santa, a wholly fictionalized recasting of a Christian saint known for his generosity, Farrakhan is unable to marshal his overactive imagination to embellish the narrative? Not only that, but tradition is on his side. If he had done due diligence on the legends of Christmas around the world, he might have discovered that children in the Low Countries of Europe believe not only in Sinterklaas but in his sidekick named Zwarte Piet, who is black!  According to legend Zwarte Piet (translation “Black Pete”) makes his appearance around the first week of December and delivers sweets and presents … though only to children who are good. Like Santa, he skips homes where the children subscribe to naughty beliefs about racial disharmony and division. 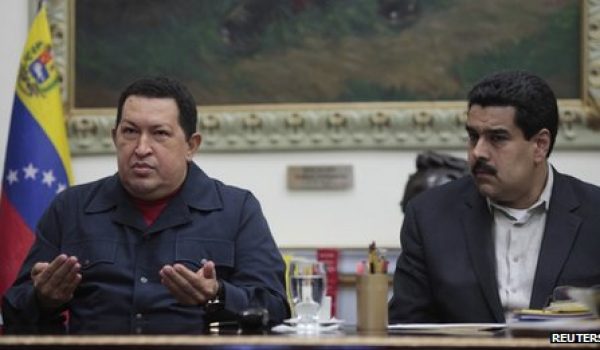 Post-Chavez Venezuela: Corruption and chaos
Next Post
Obama has added 143K jobs since taking office, all in the federal government