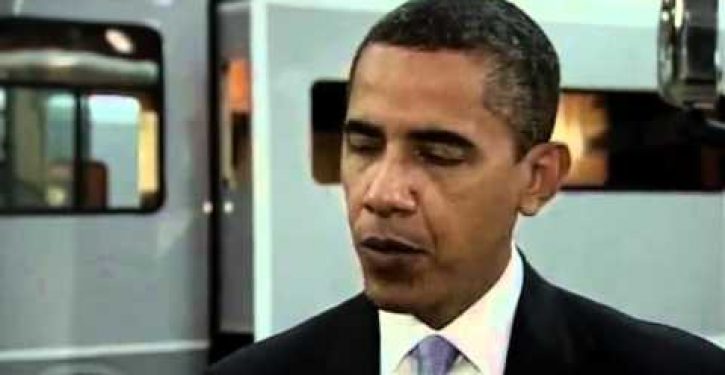 Since the fight over the fiscal cliff began nearly a year ago (yes, a year ago!), a number of commentators on the right have noted the hypocrisy of the president’s changeable views on raising taxes during a recession. Many have featured the YouTube clip of him telling CBS’s Chuck Todd in August of 2009 that “normally you don’t raise taxes in a recession, which is why we haven’t.” (Note that I took great care to perverse the qualifier normally, that being one of the keys to the liberal counterargument that he is not currently flip-flopping, the other being that technically we are no longer in a recession.)

The claim that the president, in now demanding a tax hike on the top 2% of income earners, is not ignoring his own good advice is disingenuous at best. What he told Todd in that video exchange was conventional wisdom then, and it remains conventional wisdom now. Arguing that the nation is in a different place or that the need to fly in the face of Economics 101 is justified is very much a matter of “what is is.”

But the president’s reversal on raising taxes on the wealthy is not his only about-face in his battle with Republicans over revenue sources. His position on closing the loophole on charitable deductions has also done a 180.

On Tuesday, as senior White House staff met with the leaders of several major charities, including The United Way, Obama told an interviewer with Bloomberg that “every hospital, university and nonprofit agency across the country would find themselves on the verge of collapse” if charitable deductions were eliminated or too severely limited.

But in February of 2009, the president took precisely the opposite tack. He brought a storm of criticism down on himself when he proposed limiting the charitable giving deduction for couples making $250,000 and individuals making $200,000. His goal, he acknowledged, was to raise $179.8 billion over 10 years, and he pooh-poohed the idea that the measure would frustrate charitable giving. At a press avail, he quoted Margaret Holman, a fund-raising adviser in New York, who said:

Research has shown again and again that for major donors, taxes are at the bottom of their list of reasons why they make these gifts. They make these gifts because they love, are intrigued by, want to invest in their favorite charities.

Feminist group: Obama’s cabinet needs to be 50% female
Next Post
Jersey shore home not destroyed by Sandy destroyed by bureaucrats