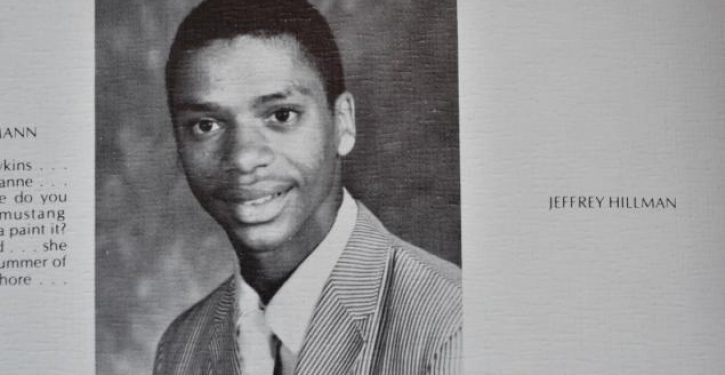 Jeffrey Hillman, the “shoeless, homeless” man originally immortalized in this now-viral photo, is neither shoeless nor homeless. Discuss.

The Daily News ran an update on Monday that noted that the 54-year-old “Hillman has an apartment in the Bronx paid for through a combination of federal Section 8 rent vouchers and Social Security disability and veterans benefits…. But nevertheless, the now-famous nomad has continued to panhandle and cling to the cold streets of Gotham.” Whether Hillman has a butler is not revealed.

The article goes on to note that “the revelation that Hillman has a warm home and a bed to sleep in further complicate[s] what at first seemed like a perfect feel-good tale for the holidays.” But there is far more—and far less—to the story than that its symbolic value.

View slideshow: Looking into the past of homeless, shoeless Jeffrey Hillman

Hillman, whose earlier photos appear to paint a portrait of a normal, well-adjusted (and reportedly well-liked) youth, is a living embodiment of Francis Phelan, the main character in William Kennedy’s gripping novel Ironweed. In the novel, the reader learns by degrees that Phelan’s self-exile to the streets derives primarily from his guilt over his infant son’s accidental death. Toward the end of the book, Phelan re-enters the lives of his family—which includes a wife to whom he is still married—but his rehabilitation doesn’t “take.” The demons from his past provide too great an obstacle for him to overcome.

What sent Jeffrey Hillman out onto the streets is not stated in the Daily News article, if in fact it is known. His living relatives, who just learned over the weekend for the first time that he is homeless, do not likely to harbor any deep insights.

Barbara Brancaccio, a spokeswoman for the New York City Department of Homeless Services, is quoted as saying that “outreach teams … continue to attempt to work with him, but he has a history of turning down services.”

A close friend from his youth, John Graf Jr., is also quoted (“He had the best dribble of any player on the [basketball] team—he could dribble around anybody”) and also clueless about what pushed his friend over the edge:

I never thought I’d open up a newspaper and see that the guy I played with in my own backyard swimming pool, and in high school games would be on the streets of New York.

Yet, in spite of the mystery that appears to shroud Hillman’s decline and ultimate withdrawal from society, the government’s answer is to throw money at the problem. Sound familiar?