Jim Crow is alive and well. Consider this report from the Wall Street Journal (subscription required):

A [New York] City Council candidate has launched an effort to prevent a potential rival, whom he describes as black and Latino, from trying to ‘sneak’ into office ‘like a thief in the night,’ saying [that] only a white or Jewish person should represent the district. [Emphasis added]

Pretty outrageous, eh? OK, now let’s try the real quote, in which the highlighted adjective pairs were reversed. It is the white and Jewish candidate who is being branded as a sneak thief, and a person of color who is guilty of blatant racial bigotry.

The inflammatory comments were made in an email sent on Monday by Thomas Lopez-Pierre, chairman of the Douglass Grant Democratic Club and a candidate for the seat being vacated by Council Member Robert Jackson. Mark Levine, the target of his attacks, is a Washington Heights Democratic district leader. Levine has refused to comment on the email, which also calls for a meeting to “discuss the potential damage to the political empowerment of the black and Hispanic community” if Levine wins the seat.

Lopez-Pierre confirmed to the Journal that he opposes Levine’s candidacy “in part, because of the color of his skin,” though he denies “that Levine’s religion is a factor in his opposition.” In other words, he wants the official record to read that he is not an anti-Semite—just a racist. Done and done.

In its coverage of the story, New York’s Daily News offers a roundup of reactions from various leaders to the racist comments. Maria Luna, a Democratic district leader, who runs the Audubon Reform Democratic Club, is quoted as asking rhetorically, “Is this guy living on Mars or Jupiter? It’s insulting, a piece of garbage, and outrageous to attack a person just on racial and religious grounds.”

State Sen. Adriano Espaillat and City Councilman Ydanis Rodriguez shared that assessment, adding respectively, “There’s no place for that kind of terrible language in New York City, and particularly not in a district as diverse as this,” and “Any and all racist approaches in this society are unacceptable and must be rejected.”

In his own musings on the story, the Wall Street Journal‘s James Taranto wonders out loud:

If the Democratic Party really stands for equality, shouldn’t Bill Clinton and Barack Obama also weigh in with a condemnation? If that seems too much to ask, consider that Ronald Reagan and then-President Bush both did so when David Duke, an advocate of white ’empowerment,’ ran as a Republican for a Louisiana state legislative seat in 1989.

But at least the mainstream media was dutiful in its coverage of the story. Here is what The New York Times had to say about the story: [Your ad here.] 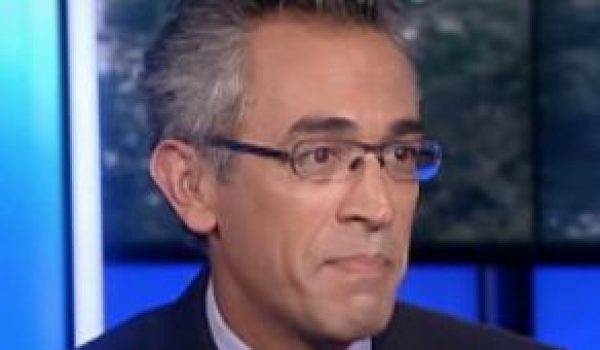 Richard Wolffe ignorantly pulls the race card
Next Post
Even if we avoid the fiscal cliff, your taxes are going up next year