The State University System of Florida (SUSF) spent $28 million on Diversity, Equity and Inclusion (DEI) or critical race theory (CRT) initiatives in 2022-2023, according to records obtained last week by the University of Florida (UF) student newspaper.

On December 28, Governor Ron DeSantis instructed all public colleges and universities in Florida to report their spending on DEI and CRT initiatives and classes, including the amount that is taxpayer funded, by January 13.

The University of South Florida (USF) spent the most at $8.6 million, with about a third it from tax dollars, according to the Daily Caller.

The University of Central Florida (UCF), the most populous of the state universities in Florida, spent nearly $4.48 million of its budget on DEI and CRT, with nearly $2.3 million (51%) coming from taxpayers.

In addition to total spending, the report discloses the programs, initiatives, and positions that are classifiable as DEI and CRT related.

The biggest spending by Florida A&M University is on their “Center for Environmental Equity and Justice,” which cost taxpayers $1.8 million.

At UF, the post of Chief Diversity Officer cost $1,085,485, three-quarters of it taxpayer funded.

The DeSantis administration views CRT and many variants of DEI as at odds with its educational agenda. DeSantis has said, “We must ensure school systems are responsive to parents and to students, not partisan interest groups, and we must ensure that our institutions of higher learning are focused on academic excellence and the pursuit of truth, not the imposition of trendy ideology.”

There will be more state reports on DEI and CRT initiatives. On January 18, the DeSantis administration stated that it would be requiring public universities to report their expenditures on gender dysphoria treatments in a similar manner, with the deadline to report being February 10. 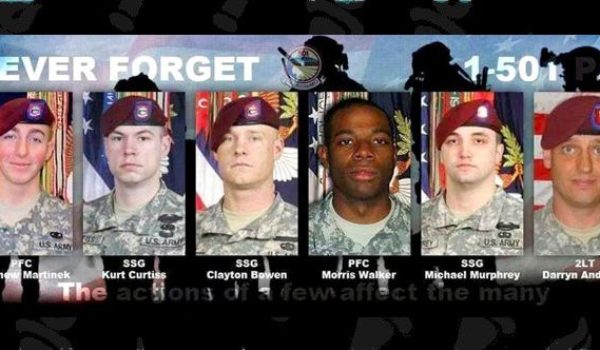 The Army Is Shifting The Way It Recruits. It’s Already Paying Off, Experts Say
Next Post
Mass Shootings Up 44% In The First Few Months Of 2023