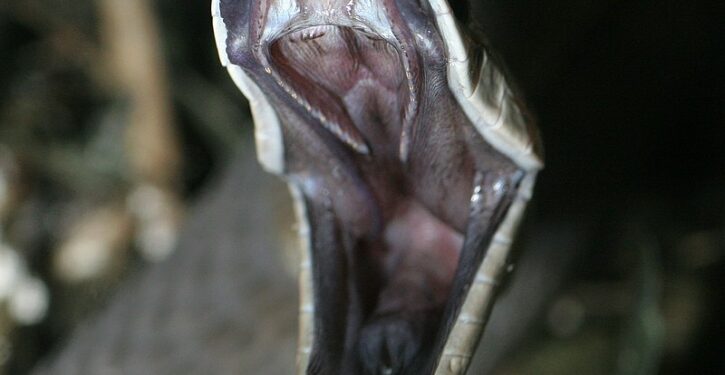 A high school girl in Zimbabwe died on Thursday just 30 minutes after a black mamba bit her while she was sitting in a classroom, according to local news.

Melody Chiputura, a 17-year-old attending Rushinga High School, was bitten on her thigh by the extremely venomous snake and died around half an hour later, on the way to the hospital, The Herald-Zimbabwe reported. After the snake struck Chiputura, classmates rushed to kill the serpent.

The student’s father, Joseph Chiputura said Melody was rushed to a local hospital just 20 minutes after being bit. “We received a call 10 minutes after she was bitten. When we arrived at the clinic it was too late,” he said, the outlet noted.

Form 6 student Melody Chiputura (17) died on Friday at Rushinga High School after being bitten by a green mamba in class.

Rushinga RDC chairman Spencer Chivarange confirmed the incident, adding the charged snake was killed by learners after attempting to strike another student. pic.twitter.com/gmtKvJB2rO

“This is hard to accept and it is painful. I don’t understand how a snake can get into a classroom and bite my daughter,” the father lamented. “My daughter had great potential and she loved going to school … her dream was to become a psychologist.”

“The learners returned to their classroom as they prepared to leave for the day. She sat on her usual desk,” he said. “Immediately she screamed, saying something had bitten her.”

Murenga said the school does not “understand where this snake came from,” as it is far away from “suspected snake habitats.” The school called on other schools in the area to mitigate the risk of snake attacks by cutting high grass near school grounds.

‘A Violent Start To The Year’: Murders Are Already Soaring In These Six Major Cities
Next Post
Ukraine war leads to many military innovations, reveals which U.S. weapons actually work well