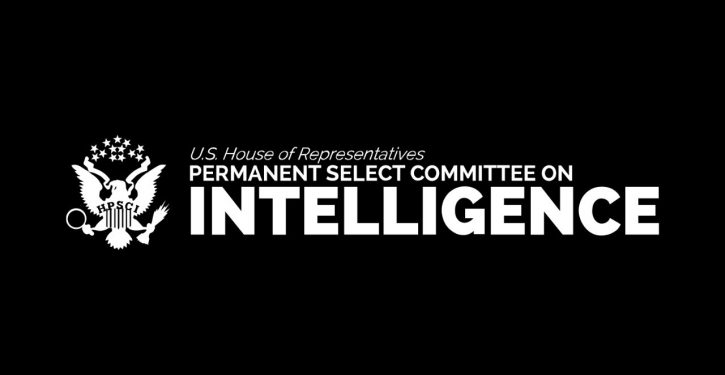 In 1953, Eric Olson’s father, Dr. Frank Olson, died; Eric was nine years old. Frank Olson was a bacteriologist working for the Army’s secret Biological Warfare Laboratories at Camp Detrick, MD. (later Fort Detrick). According to the Army, Frank either jumped or fell from a 13th-floor window of the Statler Hotel in Manhattan.

There were many problems with that story, but it was 1953 and the Olson family didn’t ask too many questions. Eventually however, President Gerald Ford did. In 1975, after years of reports of wrongdoing by the CIA, that was working hand-in-glove with the Army at Fort Detrick, he appointed the United States President’s Commission on CIA Activities within the United States (aka, the Rockefeller Commission) to look into a wide range of matters. In the process, the commission uncovered information about Frank Olson’s death.

The 299-page report concluded that Olson had been a victim of the CIA’s experiments with LSD as some sort of “truth serum.” Unknown to him, Olson had been given LSD by an Army colleague working with the CIA at a retreat near Deep Creek Lake, MD. Nine days later, apparently still under the influence of the drug and not understanding what had happened, Olson committed suicide. The Agency, in the person of then-director Richard Helms, professed deep regret over what it had done. The Olson family was invited to the White House to meet in the Oval Office with President Ford who offered his heartfelt apology for the government’s actions. Congress voted compensation to the family of $750k.

In short, it seemed an awful episode that the government acknowledged and for which it did its limited best to make amends.

But the ensuing years and Eric Olson’s dogged pursuit of the truth revealed that none of that was true, that the CIA had successfully peddled a false narrative to the very commission that was investigating it. For Eric Olson, it just didn’t wash. How could a man kill himself just minutes after talking on the phone with his wife, seeming calm and saying he was looking forward to seeing her the next day? How could he then hurl himself through a window barely large enough for his body, all while a CIA colleague, Robert Lashbrook, was in the room with him?

So Eric continued to ask questions and when he had his father’s body exhumed and a second autopsy performed, the pathologist frankly stated that Frank Olson had, “rankly and starkly,” been the victim of a homicide. There should have been lacerations from the broken window, but there weren’t. More telling was the true cause of death – blunt-force trauma to the head not caused by the fall. Then-existing CIA protocols for committing murder described the surest method to be blunt force trauma to the head followed by a fall of at least 75 feet onto a solid surface.

Over the years, Eric employed multiple attorneys to get at the truth and an admission thereof by the CIA. Through the discovery process, they produced reams of CIA and Army documents, highly suggestive, but not hard enough evidence with which to indict specific individuals. And of course, those with direct knowledge of Frank Olson’s death were themselves aging, losing their memories and, one by one, dying of natural causes. Eventually, the trail Eric had been following all his adult life went cold.

Finally, in 2014 (61 years after Frank’s death), Eric contacted journalist Seymour Hersch who asked one of his confidential contacts (presumably in the CIA) about his father’s death. Hersch told Eric this person corroborated his conclusions – that Frank Olson had become disenchanted with the chemical/biological weapons program, wanted out and the Agency slipped him some LSD to see if he could be relied on to keep the program secret. It concluded he couldn’t be and hired unknown contract assassins to pay Olson a visit in his room at the Statler and, while Lashbrook retired to the bathroom, killed him and pitched his body out the window. When they’d left, Lashbrook phoned another CIA-connected colleague and said, according to a hotel operator who overheard, “Well, he’s gone.” The reply: “Well, that’s too bad.” That was the extent of their conversation.

For his part, Hersch refused to publish his findings for fear of jeopardizing his source.

All that and much more appears in the Errol Morris documentary, “Wormwood” on Netflix, a story of governmental wrongdoing directed at an innocent American citizen and that of Eric Olson and his lifelong journey down a CIA rabbit hole. Eric Olson, an intelligent, educated, introspective man, could have done many things with his life; what he in fact did was work tirelessly against a national security state that, all the while, grew into an utterly unaccountable behemoth.

Eric spent all that time because of his conviction that Frank Olson’s murder matters, less because it was his father who lost his life, but because, if the government can murder with impunity one of its loyal citizens and employees, it damages all of us and the nation. Nothing that can be called a government of the people, by the people and for the people can survive if nameless and unaccountable elites are free to murder us. Even in 1953, there was a nascent national security state that arrogated to itself the power to conduct policies entirely out of sight of the public and the democratic process. Even then, governing elites seemed to believe that the state should be able to do what it pleases, with We the People little more than minor impediments to a great-power agenda that’s so sinister and outside the mainstream of American values that it cannot be known.

Eric Olson has mostly lost his lifelong fight. No CIA heads will roll, no congressional inquiry will demand reform; the New York Times won’t run indignant opinion pieces; the Agency will, like the rest of the national security state, continue with business as usual. 60+ years later, Eric has reached the end of the road.

The question then arises, “Without a public reckoning, does Frank Olson’s murder really matter?” To his family, yes, but, absent reform of the CIA, absent some effective restrictions on deep state wrongdoing, does it really matter?

That brings us to the present. Today, broad swaths of power elites in government, academia and the MSM stand squarely for the same proposition that the CIA did in the days of Allen Dulles – that their most outrageous acts, aimed directly at the heart of Americans and American democracy, and often in violation of law, are simply, in today’s parlance, “nothing burgers.”

Those elites have gone “all in” on the principles of the CIA and against those of the signers of the Declaration of Independence who knew all too well what state power could do absent the people’s corrective. To them, the truth is, if not completely irrelevant, then certainly negotiable. Only power matters.

More on that next time.