Law professor Eugene Volokh notes that Sweden had the lowest all-causes death rate of any OECD country since COVID arrived — although a UK statistical report suggests that Sweden and Norway were tied for the lowest death rate:

What was the likely aggregate of all these effects? In particular, to look at just one data point (recognizing that it’s indeed just one data point), how did Sweden, which basically didn’t lock down, fare compared to other prosperous countries?

Sweden did have a higher COVID mortality rate than many other European countries, including the neighboring Norway, Denmark, and Finland. But what about what is sometimes called “all-cause excess mortality,” which is to say total mortality in the country compared, on a percentage basis, to the pre-COVID mortality? Moreover, some of the effects of lockdowns (positive and negative) could have lasted well after the lockdowns, indeed for years past them. What then about the all-causes excess mortality from 2020 to the present, rather than just based on the 2020 data or the 2020-21 data?

A recent UK Office of National Statistics report says that Sweden and Norway were essentially tied for the lowest “[p]roportional all-cause excess-mortality scores” (which “measure[] the percentage change in the number of deaths compared to the expected number of deaths (based on the five-year average [from 2015 to 2019])” among the listed European countries, looking at data from Jan. 2020 to June 2022: Their excess mortality was up 2.7%, compared to, say, 5.2% for Denmark, 7.1% for Finland, and 11.8% for the Netherlands.

Nor is Sweden’s success likely caused by Sweden’s age distribution, as measured by the percentage of the population that’s at least 65 and the percentage that’s at least 80, which are in the middle to high middle among the OECD countries. The UK report provides information on “cumulative age-standardised mortality rates” as well, and Norway just barely inches ahead of Sweden, at -4.1% compared to -4.0%, well ahead of all the other listed countries. (The percentages aren’t directly comparable to the excess mortality percentages as such, but they are still helpful for internal rankings within each kind of measure.)

I also tried to do a similar analysis myself, based on OECD data (which covers most of Europe, the U.S., Canada, Australia, New Zealand, and Israel), for Mar. 2020 to Oct. 2022 (the most recent data I could find). Based on that data, Sweden seems to have had the lowest rate, even below Norway. (Others have remarked on this as well.) You can check my data in this spreadsheet; I downloaded the 2020, 2021, and 2022 weekly data from the OECD site, deleted a few Latin American countries that didn’t have data for all the years, calculated the average excess death percentages for each year (see row 8 of each sheet), and then calculated the average excess death percentages for all three years (see row 2 of the 2022 sheet). I also asked our UCLA School of Law Empirical Research Group people to check into that, and they [reached the same result on this] Excel spreadsheet.

Elective surgeries are not cosmetic procedures. They’re often desperately needed surgeries that can be scheduled in advance. That includes some heart procedures, joint replacements, kidney stone removals, gall bladder surgery, eye surgery and a host of other procedures designed to alleviate the pain of thousands. Northam issued his latest edict while ignoring the pleas of patients, doctors and the state hospital association that begged him to allow elective surgeries to resume.

More than 30,000 Virginia healthcare workers were furloughed or laid off, reported the Virginia Mercury. Many hospitals were “hemorrhaging cash” due to the loss of patients, and some could go bankrupt, according to James A. Bacon, the former publisher of Virginia Business. Moreover, there was no need for the ban on elective surgery:

Thus, elective surgery was banned even in regions that had few coronavirus cases. As Bacon noted on April 25, 2000, the entire Roanoke Valley had only 80 coronavirus cases, 6 hospitalizations, and zero deaths—compared with 764 cases, 139 hospitalizations, and 29 deaths in Arlington, Virginia, which has a similar population. Yet Northam’s order banned elective surgeries in both places, with no exceptions. It did so even though a “policy that might make sense for Arlington is insanely inappropriate for the Roanoke Valley.”

If Northam’s purpose is to bankrupt Roanoke Valley healthcare providers by cutting off their revenue flow, he is making solid progress. If his goal is reducing deaths from the COVID-19 virus, it is difficult to discern how his elective-procedure edict might improve the situation in any way.

Virginia was not alone in having empty hospitals. New York was the state hardest hit by the coronavirus, and over 22,000 New Yorkers died of the disease in just the first few months. Yet, even it had many hospitals that were growing empty due to New York’s ban on elective surgeries. As the Syracuse Post-Standard noted, “Instead of being swamped with coronavirus patients, Syracuse’s three hospitals are awash with empty beds,” and the three hospitals in that region of New York State “have seen a 41 percent decline in their combined number of patients.”

Bans on elective surgery are not the only counterproductive feature of lockdown orders. Those orders also restricted low-risk activities that were economically important, while often permitting non-essential activities that allowed COVID-19 to spread. 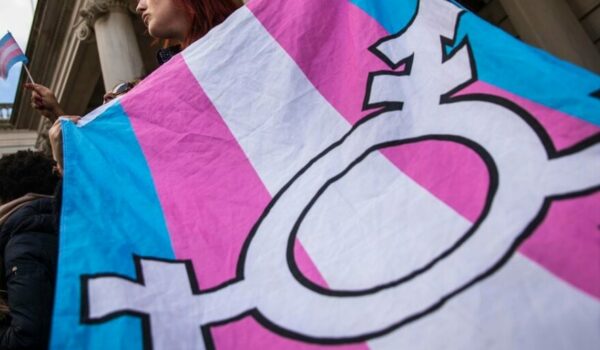 Community Ousts School Board Members For Backing Policy To Hide Kids’ Gender Transitions
Next Post
Cartoon of the Day: Liquidated 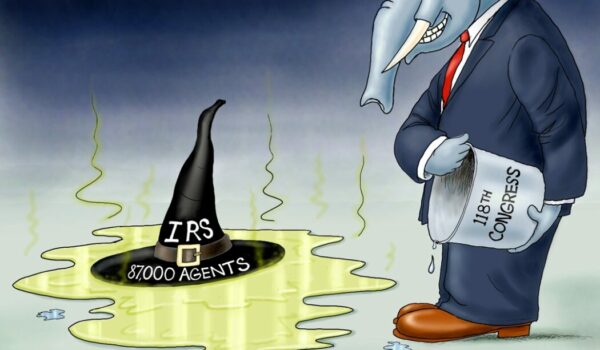