A Stony Brook University professor called two police officers “murderers” for shooting dead a criminal who had attacked them with a knife. Anna Hayward of the university’s School of Social Welfare expressed outrage that the officers — who suffered “serious stab wounds” according to the New York Post — didn’t “de-escalate the situation.” Stony Brook University is part of the State University of New York.

“Why did a man have to die? What about the man they murdered?” Hayward wrote on Instagram. The cops were treated for their injuries at Stony Brook University Medical Center. After Hayward’s remarks triggered public outrage, she eventually deleted them from Instagram.

The Vice President of the local police union said Hayward’s remarks were “slanderous.”

“While a Suffolk County Police Officer fights for his life after being stabbed in the neck an anti-police professor slanderously referred to him and his partner as murderers,” said Suffolk County Police Benevolent Association Vice President Lou Civello . Hayward “displayed a stunning level of ignorance when she callously commented on Stony Brook’s official page denouncing the police, and condemning the actions of these hero cops who stopped an armed criminal and saved others from harm.”

Civello pointed out that Hayward’s Twitter account was full of “anti-law enforcement posts.” A cache of Hayward’s Twitter posts can be viewed here. Doctors at Stony Brook Medicine provided medical care to the injured officers, mention of which triggered Hayward’s angry remarks.

Hayward is on the Stony Brook School of Social Welfare’s Equity Diversity and Inclusion Standing Committee. Hayward’s faculty web page says her “areas of interest” include “children and families affected by incarceration.”

Public School Enrollment Tanked By Over One Million Students During Pandemic
Next Post
Cartoon of the Day: Broken Border System 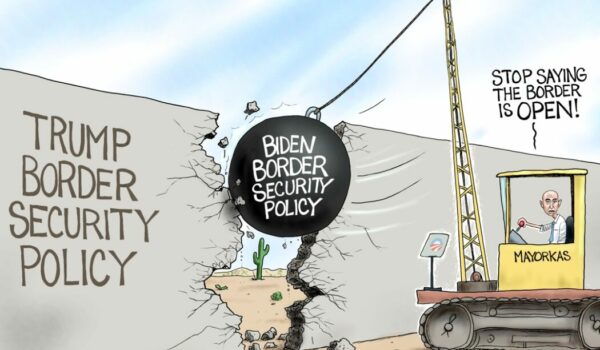