Many states updated or passed new gun laws in 2022, a process that accelerated after the Supreme Court ruled in June that New York’s concealed carry restrictions were unconstitutional.

The Supreme Court ruled that New York’s concealed carry law, which allowed applicants to be denied a permit if they did not have a “special need,” was unconstitutional, creating a precedent that has been used to change laws and influence gun debates across the country. Following the ruling, dozens of states began to readdress their concealed carry laws, according to The Trace. (RELATED: ‘Blatantly Unconstitutional’: Another Lawsuit Filed Against Oregon Officials For Restrictive Gun Measure)

In Washington, Democratic Gov. Jay Inslee and Attorney General Bob Ferguson are working on new measures that aim to curb gun violence in the state. The measures would ban assault-style weapons, hold manufacturers and retailers accountable for gun sales and implement a permit-to-purchase requirement for all gun buyers.

“The biggest problem with the governor and state attorney general’s proposals is that they are a waste of taxpayers’ time and money. The U.S. Supreme Court, in its recent Bruen decision, has clearly ruled that state gun-control schemes like these are unconstitutional — and unlawful. They will eventually be overturned by federal courts,” Walsh said in a release.

66% for making gun laws more strict, rather than keeping them the same (25%) or less strict (8%). A big margin on a pretty salient issue–and one (unlike inflation, say) on which Congress directly legislates. Shouldn’t Democrats should be able to capitalize on this in 2022? pic.twitter.com/a3ZPeh81gJ

Following the Bruen decision, New York updated its concealed carry laws, but many legislators still feel the new law is restrictive, as it limits where a gun can be carried. After the law’s implementation, a federal judge ruled that the state’s ban on concealed carry weapons in churches is unconstitutional.

The December ruling was the third of its kind and asserted that the law violates worshipers’ gun rights and hinders the free exercise of religious beliefs.

Following the midterm elections, Oregon narrowly passed a restrictive gun law that heightened the requirements and process for owning a gun. The law, Ballot Measure 114, is currently not active due to multiple lawsuits and lower court holds, but if enacted, will require background checks, firearm training, fingerprint collection and a permit to purchase any firearm.

In July, Democratic California Gov. Gavin Newsom signed laws that prohibit the gun industry from marketing firearm-related products to minors and further restricted ghost guns and the parts used to build them, according to CNN. Newsom also signed laws that prevent the 3D printing of guns, while also allowing citizens to bring lawsuits against weapons manufacturers.

Following the passing of the law that allowed residues to bring lawsuits against gun manufacturers, SB 1327, U.S. District Court Judge Roger Benitez blocked the law, saying it made it impossible for targets of the lawsuit to defend themselves, according to CalMatters.

“This court concludes that the purpose and effect of (SB 1327) is to trench on a citizen’s right of access to the courts and to discourage the peaceful vindication of an enumerated constitutional right,” he wrote. “Because the state fee-shifting statute undermines a citizen’s constitutional rights, it is this court’s role to declare its invalidity and enjoin its threat.”

After the Bruen decision, California Attorney General Rob Bonta informed permitting agencies that they must stop requiring applicants to prove “good cause” before receiving their concealed carry permits.

Alongside the precedent for concealed carry permits set in the Bruen case, the ruling addressed magazine capacity limits, resulting in the Los Angeles Police Department (LAPD) directing officers to stop enforcing California’s high capacity magazine ban. While the case continues to be discussed, officers will not “investigate, detain, or arrest” anyone suspected of having high-capacity magazines, the LAPD confirmed to The Trace. 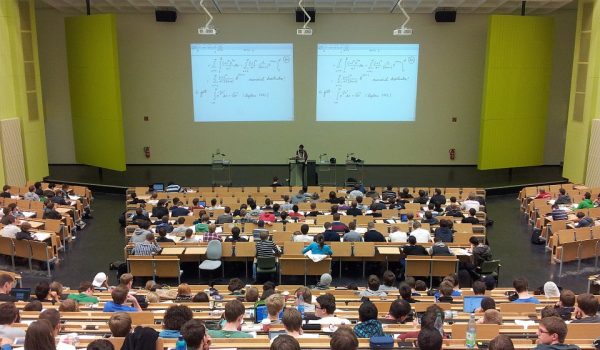