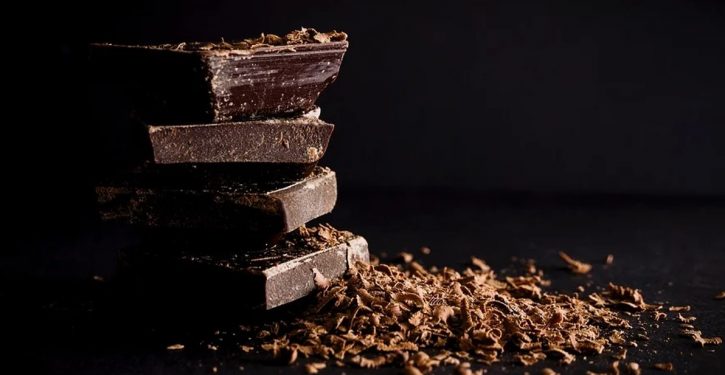 Today is National Chocolate Candy Day. Hershey bars have now been around for 122 years.

It’s also the third day of Kwanzaa. Kwanzaa was invented in 1966 by the Marxist black separatist Maulana Karenga. As Wikipedia notes, “In 1971, he was convicted of felony assault, torture, and false imprisonment….He chairs the Africana Studies Department at California State University.” The Marxist influence on Kwanzaa, and its preference for collectivism over individualism, is evident in some of its seven principles, such as “Ujima (collective work and responsibility)” and “Ujamaa (cooperative economics).”

Progressive journalists misleadingly depict Kwanzaa as an African-American holiday, but few African-Americans celebrate Kwanzaa, and many view it as weird. It is celebrated disproportionately by progressive white women who harbor feelings of racial guilt. A humorist called it “a unique and sacred holiday celebrated solely by white, female elementary school teachers.”

The irony of white women (or any women) celebrating Kwanzaa is that its inventor, Maulana Karenga, treated women horribly and abused them.  A lawyer asked, “Can someone explain to me why the Bill Cosby Show is off the air [because of his rape conviction, which was later overturned on a technicality], Louis CK’s work is hidden from streaming [because of sexual misconduct allegations against him], but people still take Kwanzaa seriously [despite Karenga’s horrific treatment of women]?”

In 1971, Karenga was sentenced to one to 10 years in prison on counts of felony assault and false imprisonment.[16] One of the victims gave testimony of how Karenga and other men tortured her and another woman. The woman described having been stripped naked and beaten with an electrical cord. Karenga’s estranged wife, Brenda Lorraine Karenga, testified that she sat on the other woman’s stomach while another man forced water into her mouth through a hose.

A May 14, 1971, article in the Los Angeles Times described the testimony of one of the women:

“Deborah Jones, who once was given the Swahili title of an African queen, said she and Gail Davis were whipped with an electrical cord and beaten with a karate baton after being ordered to remove their clothes. She testified that a hot soldering iron was placed in Miss Davis’ mouth and placed against Miss Davis’ face and that one of her own big toes was tightened in a vise. Karenga…also put detergent and running hoses in their mouths, she said. They also were hit on the heads with toasters.”

Less than 2% of Americans celebrate Kwanzaa, and many of those people are white progressives, not black people.

Ironically, progressives, who claim conservatives object to “honest history” because they don’t want kids taught about “white privilege,” have no interest in any honest discussion of the true history of Kwanzaa. As a best-selling author who once practiced law noted:

It seems like all I hear these days is how liberals are red-hot for teaching history, while retrograde troglodytes on the right are demanding that we suppress the teaching of history by banning critical race theory (CRT). Haranguing students, day in day out, about their white privilege is just teaching history.

On this beloved Kwanzaa week, here’s some history for you.

Celebrated exclusively by white liberals, Kwanzaa is a fake holiday invented in 1966 by black radical/FBI stooge Ron Karenga — aka Dr. Maulana Karenga, founder of United Slaves, the violent nationalist rival to the Black Panthers. Liberals have become so mesmerized by multicultural gibberish that they have forgotten the real history of Kwanzaa and Karenga’s United Slaves.

In what was ultimately a foolish gambit, during the madness of the ’60s, the FBI encouraged the most extreme black nationalist organizations in order to discredit and split the left. The more preposterous the group, the better….By that criterion, Karenga’s United Slaves was perfect.

Despite modern perceptions that blend all the black activists of the ’60s, the Black Panthers did not hate whites. Although some of their most high-profile leaders were drug dealers and murderers, they did not seek armed revolution.

No, those were the precepts of Karenga’s United Slaves. The United Slaves were proto-fascists, walking around in dashikis, gunning down Black Panthers and adopting invented “African” names….It’s as if David Duke invented a holiday called “Anglika,” which he based on the philosophy of “Mein Kampf” — and clueless public schoolteachers began celebrating the made-up, racist holiday.

In the category of the-gentleman-doth-protest-too-much, back in the ’70s, Karenga was quick to criticize Nigerian newspapers that claimed that certain American black radicals were CIA operatives.

Now we know the truth: The FBI fueled the bloody rivalry between the Panthers and United Slaves….Whether Karenga was a willing FBI dupe or just a dupe remains unclear.

In one barbarous outburst, Karenga’s United Slaves shot two Black Panthers to death on the UCLA campus: Al “Bunchy” Carter and John Huggins. Karenga himself served time, a useful stepping-stone for his current position as the chair of the Africana Studies Department at California State University at Long Beach.

The left has forgotten the FBI’s tacit encouragement of this murderous black nationalist cult founded by the father of Kwanzaa. The …. invented holiday is a nutty blend of schmaltzy ’60s rhetoric, black racism and Marxism. The seven principles of Kwanzaa are the very same seven principles of the Symbionese Liberation Army, another invention of The Worst Generation.

In 1974, Patty Hearst, kidnap victim-cum-SLA revolutionary, famously posed next to the banner of her alleged captors, a seven-headed cobra. Each snakehead stood for one of the SLA’s revolutionary principles: Umoja, Kujichagulia, Ujima, Ujamaa, Nia, Kuumba and Imani. These are the exact same seven “principles” of Kwanzaa.

When Karenga was asked to distinguish Kawaida, the philosophy underlying Kwanzaa, from “classical Marxism,” he essentially said that, under Kawaida, we also hate whites….While taking the “best of early Chinese and Cuban socialism” (is that the mass murder or the seizure of private property?), Karenga said Kawaida practitioners believe one’s racial identity “determines life conditions, life chances and self-understanding.”

There’s an inclusive philosophy for you! 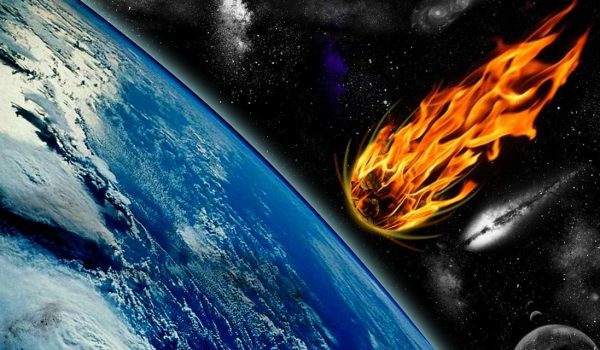