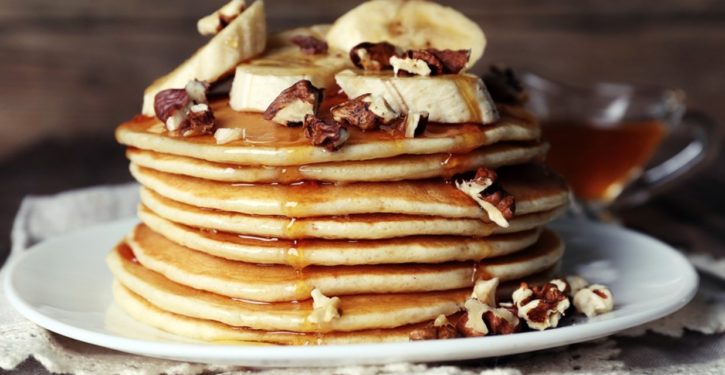 Today is National Maple Syrup Day. Maple syrup is generally made from the xylem sap of sugar maple, black maple, or red maple trees.  Maple trees, in cold climates, store starch in their roots and trunks. In spring, the starch converts into sugar that rises in the sap. The maple trees are then tapped by boring holes in their trunks, and the sap that comes out is then collected. Then it is processed by heating to evaporate much of the water, leaving behind concentrated sap. After that, people can use it on their pancakes and french toast.

The Iroquois Indians pioneered the tapping technology that drew sap from maple trees, and processing techniques for changing the sap into syrup and sugar crystals.

Vermont is the largest maple producer in the United States accounting for 42% of the production. Vermont had more than 1500 maple producers, and perhaps as many as 3000 maple producers, in 2012. Vermont maple production has grown over the years, going from 570,000 gallons in 1992 to 1,320,000 in 2014. Vermont also has 24 licensed packers and processors (businesses that purchase at least 1,000 gallons of maple syrup in a year, and more than 100 businesses representing maple-specific equipment manufacturers, dealerships, and installers of sap collection infrastructure.

In October, New Hampshire was awarded a $388,080 grant from the U.S. Department of Agriculture to fund research and promotion of its maple syrup. Maple syrup is an $8.2 million industry in New Hampshire, compared to $56 million in Vermont.

The Biden Admin Overestimated Recent Job Growth By Over 10,000%, Fed Report Says
Next Post
Eco-Activists Are Trying To Kill Green Tech That Could Eliminate Emissions From Fossil Fuels