At every Republican gathering, there is one question that no one dares to voice: Will former President Trump drop out of the 2024 presidential race?

After Trump’s widely panned “low energy” presidential announcement on Nov. 15, the first month has been the campaign from hell.

At the starting gate after the midterm elections, Trump was directly blamed for the GOP’s failure to win control of the Senate and why the much-ballyhooed red wave stayed offshore. Then headlines exploded after he dined with celebrity Nazi lovers, racists and white supremacists — followed by his unhinged call for the termination of Constitution election rules benefiting him.

Pile on the Justice Department naming a special prosecutor to investigate events before and during the Jan. 6 Capitol attack, enjoined with the Mar-a-Lago document scandal. Then add a host of legal setbacks after numerous political and business rulings.

Furthermore, the first month saw major donors jump ship and the stratospheric rise of a young rival, Gov. Ron DeSantis (R-Fla.) — a Trump acolyte. Now, Trump’s 2024 campaign reality show is stranger than fiction, but the political reality is reflected in the downward trajectory of his poll numbers.

On Tuesday, The Hill reported a USA Today-Suffolk University poll showing DeSantis walloping Trump, 56 percent to 33 percent among Republican and leaning GOP primary voters in a hypothetical match up. Also, only 31 percent of Republican primary voters favor a Trump run.

Then on Wednesday, a Wall Street Journal poll showed DeSantis defeating Trump 52 percent to 38 percent. These and other polls make headlines and generate sustained media attention, eroding Trump’s standing as the inevitable frontrunner.

Thus, the average politician would ask, “Is the universe telling me to disband my campaign?” Except Trump is not average, “I’m a victim, I will tell you. I’m a victim,” he said in his presidential announcement speech. Even more, he is a “victim” of self-inflicted wounds. But do Americans want to elect “a victim” as their next president?

Nonetheless, Trump is a unique victim who can never lose. In his mind, he is always a winner, which means the contest must be rigged if he does not emerge victorious. The worse name he can ever be called is “loser” — which explains why he manufactured the “Big Lie” to cover his 2020 reelection defeat.

And what was the overarching reason behind the Jan. 6 attack? So that Trump could go from “loser” to “winner” after the Electoral College results were overturned.

Looking ahead to 2023, what if Trump is indicted by the Justice Department (more likely every day) and the 2024 GOP nomination polls continue to boldly favor DeSantis? While Trump fears losing, what course of action is available to him before the primaries begin? Surely not a traditional campaign withdrawal speech.

Instead, Trump could play the poor health card and withdraw, a plausible excuse after he turns 77 in June. That way, Trump saves face by not being called a “loser” — only a victim of bodily maladies beyond his control.

Then imagine his predictable social media message: “I was winning the nomination and would have won the general election, but my doctor says I am at risk for (fill in the blank) and must end my campaign.”

The foundation for such an announcement was laid on April 4, 2022. During an interview with the Washington Post, Trump hinted that health problems could factor into his 2024 campaign decision, saying, “You always have to talk about health. You look like you’re in good health, but tomorrow, you get a letter from a doctor saying come see me again. That’s not good when they use the word again.”

Eyebrows were raised when Trump admitted human frailty, while skeptics saw the strategic potential for him to mix health with political face-saving.

Although Trump’s Nov. 15 presidential announcement negated playing his health card, he still holds the ace to save face if the following triple pressures become too intense in 2023:

First and potentially, Trump could be fighting the feds in a multi-count federal indictment. Second and very likely, Trump wages a nasty nomination battle against DeSantis. Initially, the primary bench could be crowded, but ultimately, more likely the GOP nomination will be a two-man death match.

Third, Trump must be the commanding general in the forthcoming GOP civil war against powerful forces who want a fresh face amid polls showing Trump could sink the GOP in 2024.

These three factors strengthen my hunch that Trump’s presidential campaign will end by this time next year.

To some Republicans, Donald Trump still trumps the Democrats The Meadows texts must have George Washington turning in his grave

Conversely, since Trump is known to be ruthless, narcissistic and can’t appear to lose, many will say the prospect of him dropping out is ridiculous. But that is the beauty of playing the health card in late 2023. Health problems, real or manufactured, could be used offensively, allowing Trump to maintain control of his non-defeat if he is careening toward inevitable primary defeats.

Most importantly, the health card protects his winning persona, allowing him to play kingmaker from the sidelines. 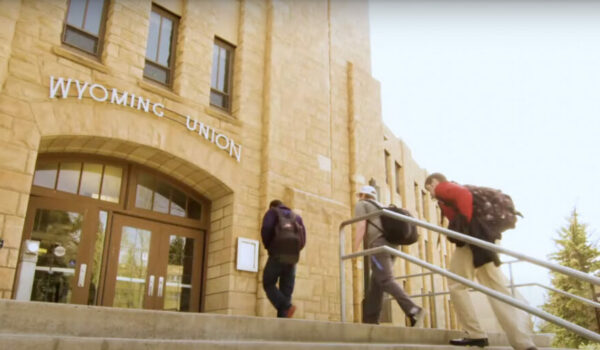