The murder rate has fallen by two thirds since 2018, and crime has fallen by 75%, in El Salvador as it has imprisoned large numbers of criminals. The country has put nearly 2% of its adult population in prison. This is due to the anti-crime policies of its current president, Nayib Bukele.

In 2015, El Salvador reached a sky-high 103 homicides per 100,000 inhabitants. The year before Bukele came to power, it was 51 homicides per 100,000 inhabitants. Now, it is 17.6, about half the rate of American cities such as Philadelphia or Chicago….Bukele is, by far, the most popular, democratically elected leader in the world. Independent polls have his local approval rating around 80 or 85%. The explanation is relatively simple: El Salvador went from being one of the most violent countries in the world, absolutely dominated by criminal gangs, to reducing crime by 75%. Bukele promised to end crime and he delivered….by putting in jail almost 2% of the adult population of the country.

In addition to deterring crimes by people outside of prison, longer sentences also keep dangerous people locked up so they can’t harm law-abiding people. Killings have increased in Baltimore, where most killings are committed by people who previously were convicted of a serious crime, but who are no longer in jail due to their past lenient sentence.

Shorter sentences also make inmates more likely to reoffend and commit more crimes. As Michael Rushford noted in the Washington Post, “an exhaustive, decade-long study released in June by the U.S. Sentencing Commission, tracking more than 32,000 federal offenders released from prison in 2010, found that offenders released after serving more than 10 years were 29 percent less likely to be arrested for a new crime than those who served shorter sentences. Offenders who served more than five years were 18 percent less likely to be arrested for new crimes compared to a matched group serving shorter sentences.” Similarly, juveniles reoffended more often in New York after juvenile punishments were reduced.

While El Salvador’s President Bukele has successfully fought crime, he is also disturbingly power-hungry. He got his judicial appointees to approve his running for reelection, even though that violates El Salvador’s constitution. 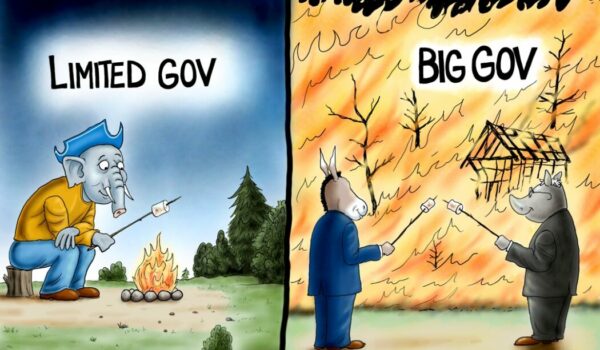