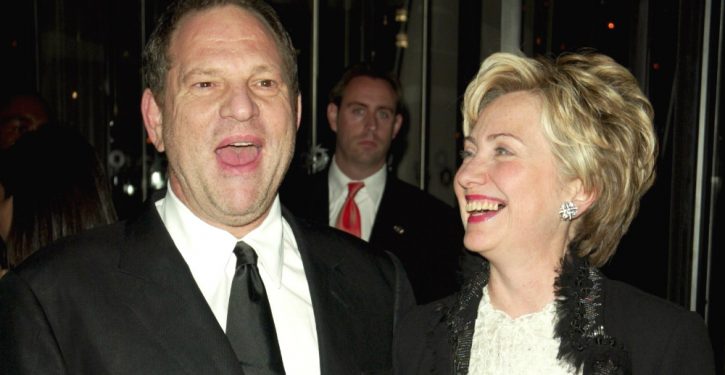 With the collapse of Sam Bankman-Fried’s FTX, the spotlight is now on his deep political connections to the Democratic Party. But Bankman-Fried is hardly the only shady Democrat donor. Although Democrats often like to claim the moral high ground on Republicans, but it’s hard to ignore the long list of Democrat megadonors who have gotten caught breaking the law — sometimes far beyond what society tolerates.

Ed Buck, a Democratic donor from California, was arrested on Sept. 17, 2019, on charges two men were found dead after he injected two young men with fatal doses of methamphetamines at his apartment in West Hollywood during sexual activity.

“Beginning no later than 2011 and continuing through September 2019, Buck engaged in a pattern of ‘party and play,’ in which he solicited men – some of whom were homeless or struggling with drug addiction – to consume narcotics that he provided and perform sexual activities at his apartment, a ritual that prosecutors argued was ‘more than a fetish – it was a lethal and unchecked pattern of reckless disregard for human life,’” the United States Attorney’s Office Central District of California said of Buck’s crimes.

The DOJ said Buck used parties, like the one that left the two men dead, to administer harmful drugs, sometimes intravenously, including GBH (the ‘date rape’ drug), clonazepam ( the ‘MDMA of the benzo world’), and methamphetamine. (RELATED: Elizabeth Warren Touts List Of Endorsements, Which Includes Accused Sex Predator Ed Buck)

Over the decades, Buck has donated hundreds of thousands of dollars to Democrats, including to former President Barack Obama, former Secretary of State Hilary Clinton, California Gov. Gavin Newsom, California Rep. Adam Schiff, and over $25,000 to California Rep. Ted Lieu.

No list of disparaged Democrat donors is complete without the infamous Jeffrey Epstein and his high-level connections in the Democrat party.

He is most known for his relationship with the Clinton family and for being convicted of felony sexual solicitation of underage girls in 2008. Epstein received just 13 months in a Palm Beach prison after accepting a plea deal that critics say discarded the victims’ rights. After serving his sentence, Epstein was also required to register as a sex offender and pay restitution to the victims.

The trial of his top associate, Ghislaine Maxwell, a guest at Chelsea Clinton’s 2010 wedding, heightened suspicions that Epstein was responsible for countless more sex crimes. Maxwell received a 20-year sentence after being found guilty of sex trafficking charges related to her activity with him.

According to authorities, Epstein committed suicide by hanging himself in his cell in 2019 before he could stand trial for sex trafficking charges. (RELATED: Lawyers Allege Cellmate Told Other Inmates That She Was Ordered To Kill Ghislaine Maxwell For Money)

Epstein was a longtime donor of the Democratic Party, sending more than $150,000 to party campaigns, according to OpenSecrets, including $10,000 in 2018 to the Democratic Campaign Committee, which was later returned. He also allowed Democrats (like former President Bill Clinton and former Sen. George Mitchell) to fly on his private plane, where several women say Epstein and his associates sexually assaulted them.

The OpenSecrets report found that while Epstein donated around $18,000 to Republican candidates from 1989 to 2003, he spent over $139,000 to Democratic candidates and committees, including thousands to Bill Clinton and former Secretary of State John Kerry.

Harvey Weinstein was a Hollywood titan with the power to make or break careers — until several women accused him of sexual assault at the height of the #MeToo movement. He was also a prominent figure among Democratic Party donors, connected to former Democratic presidential candidate Hillary Clinton and giving almost $600,000 to Democratic party-aligned candidates or committees.

Weinstein is currently serving a 23-year prison sentence after being convicted of sexually assaulting a woman in 2006 and raping another woman in 2013. (RELATED: ‘Fish-Like’: Jennifer Siebel Newsom Reportedly Sobs As She Describes Harvey Weinstein’s ‘Deformed’ Penis)

Before he fell on his face, he hosted and donated at several political fundraisers for former President Barack Obama and donated to Democratic Sen. Elizabeth Warren and Cory Booker and former Senators Al Franken and Kirsten Gillibrand.

Additionally, he was considered a “bundler” for the Clinton campaign, according to OpenSecrets. A bundler is someone with wealthy, connected friends willing to donate to their preferred candidate after the bundler has reached their personal contribution limit. Weinstein contributed almost $1.5 million to the Clinton Campaign from 1990-2016 in this capacity.

However, in 2009 Bank of America, Citibank and HSBC accused him of forging documents that scammed the financial institutions into lending him hundreds of millions of dollars between 1998-2009. In March 2010, Nemazee pled guilty to a $292 million fraud against the banks. He received 144 months (12 years) in prison. He was also ordered to pay restitution and serve three additional years of supervised release.

Interesting. Big time Democratic donor Hassan Nemazee requested a commutation which was denied by POTUS. Nemazee is serving time for bank fraud and wire fraud. He was prosecuted by @PreetBharara and his SDNY team in 2009/2010. https://t.co/3ejvLKkgxt pic.twitter.com/zLkazsNj2i

Bernie Madoff, the infamous Ponzi scheme architect, donated hundreds of thousands of dollars to Democratic candidates for decades. Madoff was arrested in December 2008 over charges of defrauding backers in his $50 billion money-management business, which involved other Wall Street investors, hedge funds, and charitable organizations.

He was sentenced to 150 years for the scheme in June 2009 but died of natural causes in 2021 after being diagnosed with stage four cancer.

While building his fortune through others’ investments, Madoff was a top Democratic party donor. Since the 1992 election cycle, Madoff and his wife gave thousands to Democrats Ron Wyden, Chuck Schumer, Ed Markey, and Hillary Clinton. Additionally, he gave $102,000 to the Democratic Senatorial Campaign Committee, according to OpenSecrets. 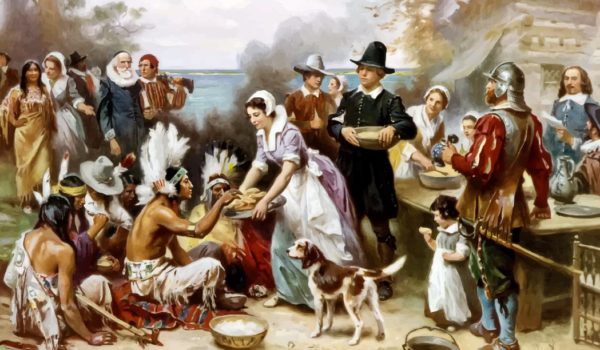 The Pilgrims suffered until they recognized individual property rights
Next Post
Biden suspends student loan repayments, yet again, enriching wealthy professionals at the expense of the working class