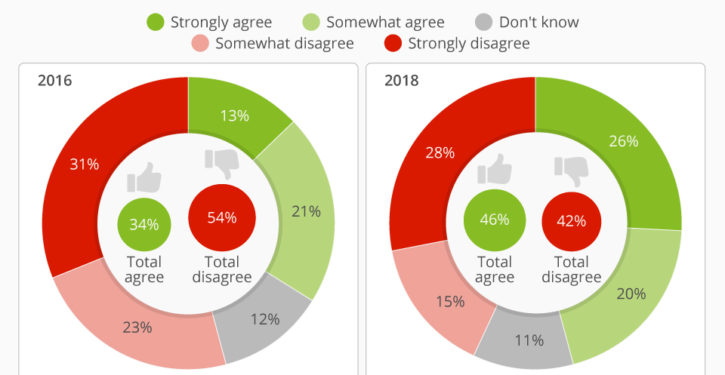 San Francisco has illegally fired its elections director because he is white, and it wants to “take action on the City’s racial equity plan,” which seeks a less-white workforce.

As a local news report explains,

Elections director John Arntz, who oversees one of the few San Francisco departments that unambiguously accomplishes its core mission, has not been renewed for his post by the city’s Elections Commission.

By a vote of 4-2 after a lengthy Wednesday closed-session meeting, the commission opted to not re-up Arntz for the position he has held since 2002. The position will come open in May, 2023.

n 2021, the Elections Commission wrote to the mayor that “San Francisco runs one of the best elections in the country and we believe this transparent process has allowed us to continue to improve our elections.” In 2020, it wrote Arntz a commendation “for his incredible leadership … The Department successfully ran two elections this year while facing significant challenges, including national threats to election security, mandatory vote-by-mail operations to all registered voters, anticipated increase in voter participation, budget cuts, and the COVID-19 pandemic.”…..

Elections Commissioner Cynthia Dai, who voted to not renew Arntz’s contract, said there was no performance-based reason for the commission’s decision. She did not dispute that San Francisco has run free, fair and functional elections for 20 years. Rather, she says, it was time to open up this position to a more diverse field; the city, she said, could not make progress on its racial equity goals without opening up its top positions.

“Our decision wasn’t about your performance, but after twenty years we wanted to take action on the City’s racial equity plan and give people an opportunity to compete for a leadership position,” reads an email sent from commission president Chris Jerdonek to Arntz. “We also wanted to allow enough time for a fair and equitable process and conduct as broad a search as possible.”

This racially-discriminatory firing violates Article I, Section 31 of the California Constitution, which states that “The State shall not discriminate against, or grant preferential treatment to, any individual or group on the basis of race, sex, color, ethnicity, or national origin in the operation of public employment, public education, or public contracting.” This provision was added to the state constitution by mostly independent and Republican voters in 1996, through Proposition 209.

But California’s state judiciary is now composed overwhelmingly of Democrats. California’s Democratic Party has tried without success to get California voters to repeal Proposition 209, which is backed by independent and Republican voters (Independent voters tend to support Proposition 209, even when they vote for Democrats on other issues). So the San Francisco officials who got rid of Arntz are presumably hoping that the state judiciary will stop saying Article I, Section 31 means what it says.

Democrats have argued that Proposition 209 is unconstitutional for restricting affirmative action, although a federal appeals court rejected that argument in Coalition for Economic Equity v. Wilson (1997). Back when California’s judiciary was not as left-leaning, it interpreted Proposition 209 as meaning what it says, in Connerly v. State Personnel Board (2001). That ruling struck down dozens of state affirmative action programs that gave minorities preferences over whites in state contracts and employment.

This firing also appears to violate the federal Constitution and federal civil-rights statutes. The courts have interpreted the federal constitution as allowing some affirmative action plans that discriminate against whites. But absent a bona fide affirmative action program, an institution can’t discriminate against whites, as the Supreme Court made clear in McDonald v. Santa Fe Trail Transportation Co. (1976). In that decision, it unanimously overturned the firing of white employees because of their race as a violation of federal civil rights statutes.

Even when an employer articulates an affirmative-action justification for firing whites, it is doubtful that it can legally do so. The Supreme Court ruled in Wygant v. Jackson Board of Education (1986) that a school board couldn’t fire white teachers rather than black teachers to “remedy” past discrimination. Some of the Justices said it couldn’t because it was remedying societal discrimination, rather than its own. But a plurality said it couldn’t fire teachers — as opposed to take race in consideration in hiring and promotion — even to remedy its own past discrimination. It said that was unconstitutional.

In Taxman v. Board of Education of Piscataway (1996), a federal appeals court ruled it violated Title VII of the Civil Rights Act to fire a white rather than a black teacher to preserve “diversity” in a department. It said that diversity in a particular department isn’t reason enough to use race. And it said that even if that was reason enough to consider race in hiring, it “unduly trammels” a teacher’s rights to fire them based on race, rather than just take it in account in hiring or promotion.