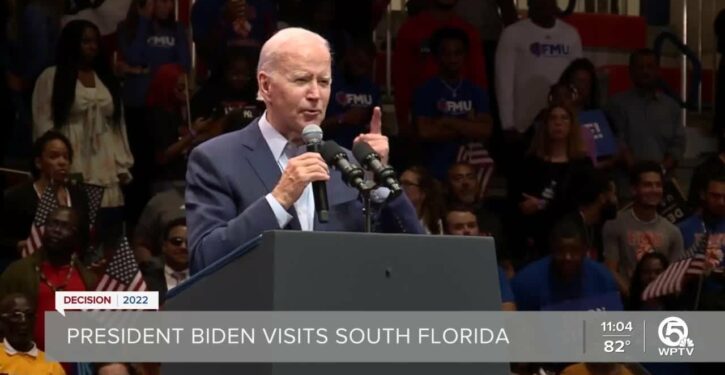 President Joe Biden’s administration has taken the United States drastically out of step with its peers on several key medical issues, according to a Daily Caller review of international health policy.

Much of Biden’s domestic messaging has centered around painting his opponents as radicals, particularly as it concerns Republicans and claims of fraud in the 2020 presidential election. But Biden has staked out positions far outside the realm of normality within the Western world by supporting late-term abortion, COVID-19 vaccination of young children and sex-change treatments for minors.

The administration has broken with its peers most recently on the question of fighting the COVID-19 pandemic. At the behest of the Biden administration, the Food and Drug Administration (FDA) and Centers for Disease Control and Prevention (CDC) have authorized and recommended COVID-19 primary series vaccines for all kids aged six months and older, and booster shots for kids aged five and up. Despite concerns about heart inflammation conditions from mRNA vaccines in young men in particular, every authorized COVID-19 shot in the U.S. is recommended for even healthy children as young as five years old, who face little risk of serious illness from the virus itself.

“This has been the most confusing aspect of the US response – to not recognize the profound age gradient in the risk of severe disease from COVID-19,” said Dr. Monica Gandhi, an infectious disease specialist at the University of California San Francisco. “Children are profoundly less at risk of severe COVID-19 disease than adults. The United Kingdom provided the best data on these statistics as the Centers for Disease Control and Prevention (CDC) in the United States unfortunately was plagued by data coding errors, problems with data transparency, and programming errors during COVID-19.”

Most of the rest of the world has been far more reserved on vaccinating kids. The World Health Organization took far longer than U.S. health authorities to recommend healthy kids get vaccinated, and even today still says that only children who are at higher risk of severe illness should be prioritized for vaccination. Otherwise, healthy kids should only be offered vaccination once all other groups have been sufficiently covered, the organization says.

Sweden, for instance, only recommends certain groups of minors get vaccinated, depending on their risk level. The United Kingdom does not vaccinate children under five years old and only offers boosters to those 16 and older or with health complications. In Canada, kids aged five and older “may” be offered a booster dose, but it is only recommended if they have comorbidities. (RELATED: Coronavirus Pandemic ‘Most Likely’ Originated In Wuhan Lab, Covered Up By CCP, According To New Senate Report)

“Nonetheless, the US (unlike the UK or Europe) has failed to take the profound age gradient into account when making recommendations for the public and schools, leading to polarization and discord in our response,” Gandhi said.

Biden has also staked out a fringe position by supporting irreversible sex-changes for children. The administration has thrown its full support behind sex reassignment treatments for minors, from puberty blockers and hormone therapies to permanently body-altering surgeries removing breasts or genitals. Assistant Secretary for Health Adm. Rachel Levine said recently trans children have the full support of the “highest levels” of the U.S. government. (RELATED: Florida Votes To Ban Sex Change Procedures For Minors After Volatile Testimony)

Most other developed countries are not rushing head-on into changing the sex of kids. Britain’s National Health Service recently moved to ban puberty blockers for minors outside strict clinical trials, and shut down its largest youth gender clinic. In 2020, liberal bastion Finland acknowledged that gender dysphoria can often be a phase, particularly if it comes about during adolescence, and restricted when and how “gender-affirming” treatments can be given to minors as a result. Sweden has similarly scaled back the allowance of cross-gender hormone treatments for kids due to “uncertain science.” (RELATED: FDA Quietly Adds Warning Of Serious Side Effects To Puberty Blockers)

Even some progressive, feminist activists and organizations that would typically align with Biden and other Democrats on a host of issues have characterized his position on transgender treatments as extreme. “We are deeply disturbed by the ways in which the Biden administration seems to have wholeheartedly embraced harmful medical procedures carried out on vulnerable children,” said Dr. Mahri Irvine, executive director of the Women’s Liberation Front, a self-described radical feminist organization.

“The Biden administration would better serve children by ensuring that they all have access to high-quality counseling services, rather than promoting unnecessary medical interventions,” Irvine continued.

Perhaps the most distant island Biden has planted his flag on is that of abortion. The president has repeatedly stated his support for the Roe-era status quo of abortion law in America, in which first-trimester abortion bans were outlawed via Supreme Court ruling and late-term abortions were legal in a number of states. Contrary to Biden and Democrats’ frequent claims, Republicans who are enacting more restrictive abortion laws are not extremists, at least by comparison to the countries America considers its peers.

wow…the Biden administration’s FDA has come out against advance provision of abortion medication. This is not a move I would expect from a Democratic president trying to expand access to care https://t.co/XYv34i93mM

Denmark, Germany, France, Italy, Norway, Spain and Sweden all outlaw purely elective abortion after 18 weeks at most, with several outlawing it even sooner, including Italy at 90 days. By comparison, at least six U.S. states have no cut-off for abortion legality at all, and another 28 states plus D.C. allow abortions up to at least 20 weeks or longer. (RELATED: EXCLUSIVE: Republican Lawmakers Press Biden To Stop Persecuting Religious Hospitals, Doctors)

“The reality is that President Biden has promised to sign legislation that would allow abortion through all nine months of pregnancy and overturn laws regarding parental notification, informed consent, and other safeguards. His policy would leave the United States as one of just a very small handful of nations that allow elective abortion beyond 20 weeks,” Donovan said.

Not all of the countries with more permissive abortion laws would be considered good models by most American public servants. Canada, perhaps, is a liberal peer of the United States and generally has no restrictions on abortion. But China, on the other hand, is not, nor is Guinea-Bissau, a country which has seen two coups, a civil war and a presidential assassination in the past two decades.

Still, Biden insists that Republican lawmakers and governors even attempting to pass a 15-week abortion ban are “extremist.” And the messaging has seemingly been successful, with voters widely backing pro-abortion referendums in last Tuesday’s midterm elections

Non-violent criminals can be stripped of the right to bear arms, federal appeals court rules
Next Post
Cartoon of the Day: Stop the Burn 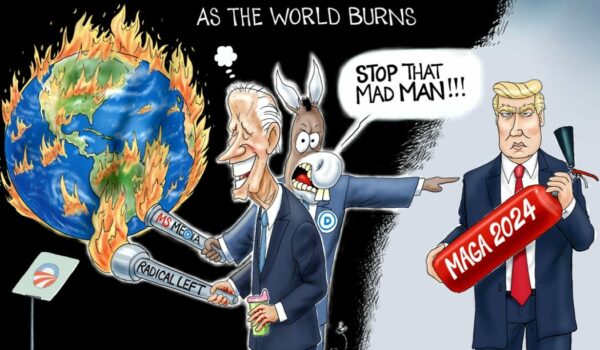