After the election, the Biden administration began releasing proposed regulations that would impose billions of dollars in costs on America’s employers. One example is a proposed rule released on Thursday.

On November 10, the Biden Administration issued a proposed regulation to require federal contractors to report on and reduce their greenhouse gas emissions (which include carbon dioxide, a colorless, odorless gas consumed by plants). This matters enormously, because federal contractors employ more than one-quarter of the American work force.

Here is an excerpt from the White House Fact Sheet announcing the proposed regulation:

The proposed rule is part of the President’s leadership to implement the first comprehensive, government-wide strategy to measure, disclose, manage, and mitigate the systemic risks that climate change poses to American families, businesses, and the economy. . . .

The Federal Acquisition Regulatory Council, composed of the Department of Defense, the General Services Administration, the National Aeronautics and Space Administration, and chaired by the Office of Federal Procurement Policy in the Office of Management and Budget, is issuing this proposed rulemaking, which would amend the Federal Acquisition Regulation (FAR) to implement these changes, if finalized. The FAR is the primary regulation for use by all executive agencies in their acquisition of supplies and services with appropriated funds.

The public will be able to submit comments in response to the proposed rule after it is formally published in the Federal Register on November 14. Here’s a summary of what the rule would require:

These categories of emissions are defined by the Environmental Protection Agency, which has issued agency guidances on Scope 1 and 2 and Scope 3 emissions.

The supposed legal authority for this regulation is the same law invoked by the Biden Administration in its invalidated Executive Order compelling federal contractors to vaccinate their employees: the Procurement Act (whose full name is the Federal Property and Administrative Services Act, 40 U.S.C. § 101 et seq. The proposed regulation cites two sections of the Procurement Act, 40 U.S.C. § 121(c) and 51 U.S.C. § 20113.

These sections give the government wide authority to standardize federal procurement and promote economy and efficiency in government contracting. But as law professor Jonathan Adler notes,

that does not mean this regulation will be easy to defend in court, particularly insofar as it requires contractors to report supply-chain emissions (Scope 3 emissions). Just as courts were skeptical of the Biden Administration’s attempt to require federal contractors to vaccinate their employees (as I discussed here and here), they may be skeptical here.

As I noted in my posts on the federal contractor vaccination requirement litigation, it is not entirely clear how broadly the executive branch may impose conditions on contractors that do not relate in some way to the effective and efficient provision of goods and services to the federal government. Part of the problem is that the Supreme Court has never resolved the question.

The prevailing precedent is AFL-CIO v. Kahn, a 1979 en banc opinion from the U.S. Court of Appeals for the D.C. Circuit. In Kahn, a divided D.C. Circuit held:

‘Although the terms and legislative record of the FPASA are not unambiguous, the relationship of the Act to this case can be outlined. [The Procurement Act] grants the President particularly direct and broad-ranging authority over those larger administrative and management issues that involve the Government as a whole. And that direct presidential authority should be used in order to achieve a flexible management system capable of making sophisticated judgments in pursuit of economy and efficiency.’

Subsequent decisions, such as UAW-Labor Employment and Training Corp. v. Chao (D.C. Cir. 2003) have interpreted this  language broadly. In Chao, for insance, the D.C. Circuit said this authority could be used to require federal contractors to post notices informing workers of their rights not to join a union or pay union dues. If this was okay, on the theory that it promotes ecomomy and efficiency to require federal contractors to inform their workers of their rights, perhaps it is no problem to impose broad regulatory comments to prevent climate change. But was it okay? Again, we do not have clear Supreme Court precedent on this question.

It has never been clear to me that Kahn and its progeny are correct. (On this score, it is worth considering Judge MacKinnon’s Kahn dissent). I also have severe doubts that the current Court would construe the scope of authority under the Procurement Act so broadly. Further, insofar as this regulation is sseeking to leverage the federal government’s procurement power to address problems that extend well beyond the economy and efficiency of federal procurement—and are part of a broader “all of government” climate strategy—there are good reasons to think federal courts will be skeptical of this initiative.

Recall that in rejecting the OSHA vaccinate-or-test requirement for large firms, the Supreme Court seemed concerned that OSHA was using this rule not to enhance workplace safety, as such. Rather, the rule was part of what we might call an “all of government” effort to increase vaccination rates. And to a majority of the Supreme Court, this was a problem.

This sort of re-purposing of regulatory authority—pouring new wine out of old bottles—was something the Court would not allow in NFIB v. OSHA. By the same token, one has to wonder whether this Court would allow a similar repurposing of the Procurement Act, particularly insofar as the proposed regulation sweeps beyond reducing the carbon footprint of the federal government, but extends to value-chain (Scope 3) emissions of federal contractors. Indeed, this could even be thought of as a “major question,” and this rule may be as vulnerable as the SEC’s proposed climate disclsoure rule.

I expect these sorts of concerns to be raised during the rulemaking process, so it will be worth watching to see how the federal government responds. One thing is for sure: This rule will be litigated. 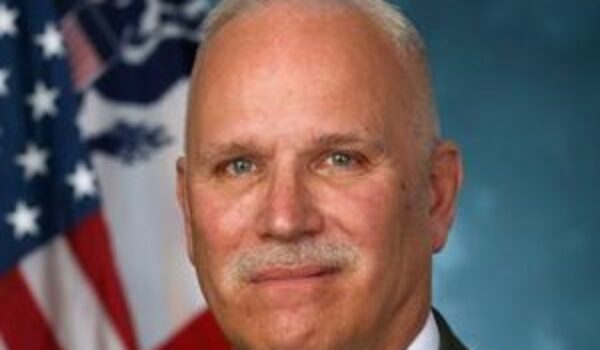