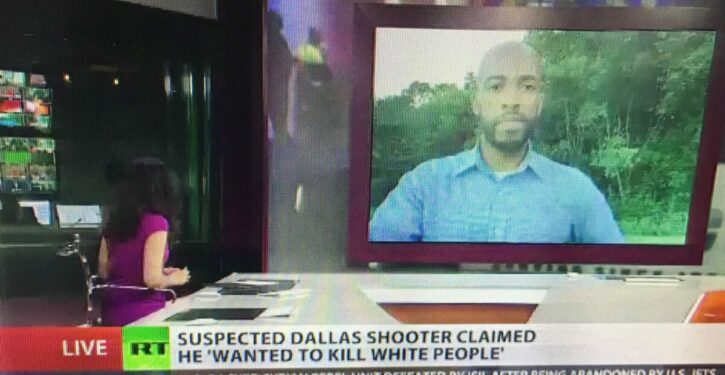 Barnes’s comments could add to perceptions that the lieutenant governor holds radical views that are out of step with state voters. Barnes’s applause for Wright came years after Wright’s former congregant, Barack Obama, famously cut ties with Wright in 2008 due to the preacher’s inflammatory anti-American remarks. Wright went on a public rant blaming “them Jews” for his fallout with Obama. Wright previously compared the United States to al Qaeda and claimed that the U.S. government invented HIV to kill black people.

Video of Wright’s speech at the dinner, which was reviewed by the Washington Free Beacon, included strong condemnations of the United States and Israel….Wright also appeared to compare the Holocaust to U.S. actions during the wars in Iraq and Afghanistan…He described the American bombings of Hiroshima and Nagasaki, which ended World War II, as “murders.”

While running for lieutenant governor in 2018, Barnes stood by his praise for Wright, telling the Milwaukee Journal Sentinel that the pastor gave a “good speech that night.”…The Simon Wiesenthal Center, an anti-Semitism watchdog group, said Barnes’s embrace of Wright was concerning and part of a larger pattern of political candidates condoning hate speech.

“Rev. Wright has been explicit about his hateful views,” said Rabbi Abraham Cooper, director of global social action for the Simon Wiesenthal Center. “Anyone running for such an important office should denounce this hatred, especially when anti-Semitic hate crimes continue to plague the country.”… Josh Block, the former spokesman for the American Israel Public Affairs Committee, said Barnes’s praise for the pastor was a “serious concern” due to Wright’s history of “hate speech.” “Anyone seeking a higher office … should know better than to praise an openly anti-Semitic hate-monger as a ‘brilliant’ person,” said Block. “It raises genuine questions about their judgment.”

Wright has a history of inflammatory comments. During his infamous 2003 “God Damn America” sermon, he accused the U.S. government of “inventing the HIV virus as a means of genocide against people of color.” “The government gives [black people] the drugs, builds bigger prisons, passes a three-strike law, and then wants us to sing ‘God Bless America’? No, no, no,” Wright said. “Not ‘God Bless America,’ God damn America. That’s in the Bible, for killing innocent people.”

Wright in 2009 blamed his fallout with Obama on the “Jewish vote”… “Them Jews ain’t going to let him talk to me,” Wright told the Daily Press of Newport News, Va.

Barnes sat down for at least six interviews with RT, the Kremlin-funded network formerly known as Russia Today, while he was serving as a state representative in 2015 and 2016, the Milwaukee Journal Sentinel reported on Thursday. RT was forced to register in 2017 as a foreign agent in the United States under Department of Justice guidelines. The State Department said the network ‘provide[s] disinformation and propaganda support for the Kremlin’s foreign policy objectives.’”

In another interview in 2016, after five police officers were killed during an anti-police ambush in Dallas, Barnes criticized law enforcement officers for “over-exercising their badges.”

“Trashing American law enforcement on Russian state TV and allowing himself to be used by Vladimir Putin’s propagandists is as bad as it gets,” Alec Zimmerman, communications director for the Johnson campaign, told the Milwaukee Journal Sentinel. “Lieutenant Governor Barnes knew he was being used as a puppet for a foreign dictator in a Russian disinformation scheme and he should apologize to law enforcement in Wisconsin and across America. Mandela Barnes isn’t fit to represent anyone in the United States Senate.”…

During [an] interview, Barnes described violent anti-police protests as a “human reaction when you feel that your rights have been infringed upon.”

“His decision to appeal on the Kremlin’s propaganda network was bad enough. What he said was worse,” says the National Review:

On Thursday, Daniel Bice of the Milwaukee Journal-Sentinel reported: “Mandela Barnes did several interviews with Russian-funded TV in 2015 and 2016 denouncing U.S. police actions.”

What was Barnes thinking? Politico reported in 2015 that RT, the Russian-funded TV station where Barnes appeared, which was formerly known as Russia Today, “now acts as the tip of the Kremlin’s information warfare machine, an agglomeration that seeks to undermine both notions of journalism and faith in the workings of liberal democracy.” The Russian government deliberately sought to undermine American democracy by inflaming racial tensions when Barnes [appeared on RT].

As Factcheck.org notes, “The Milwaukee Journal Sentinel unearthed Barnes’ 2016 RT interview and five others he gave to the Kremlin-backed network that year and the year prior. The newspaper reported in the Oct. 13 story that RT had been part of a Russian influence effort to, in the words of the New York Times in 2020, ‘push divisive racial narratives, including stories emphasizing allegations of police abuse in the United States.’” 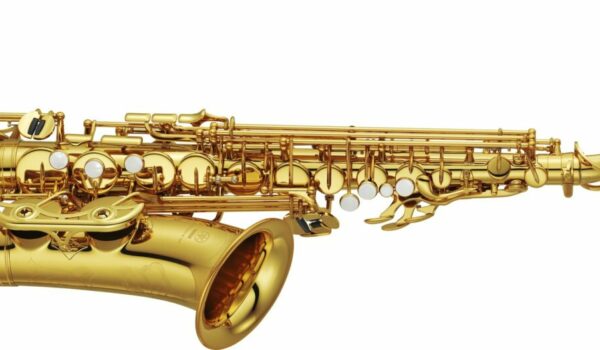 Happy National Saxophone Day
Next Post
Cartoon of the Day: By Their Fruits 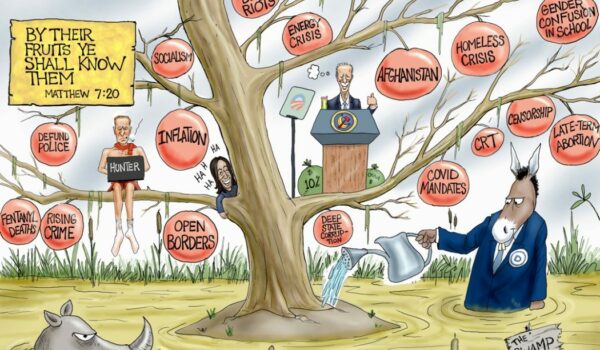