The Eighth Circuit Court of Appeals issued the stay while it considers a motion from six Republican-led states to block the loan cancellation program. The stay ordered the Biden administration not to act on the program while it considers the appeal. The order came just days after people began applying for loan forgiveness.

It’s unclear what the decision means for the 22 million borrowers who already applied for the relief. The Biden administration had promised not to clear any debt before Oct. 23 as it battled the legal challenges, but the soonest it was expected to begin erasing debt was mid-November. The crucial question now is whether the issue will be resolved before Jan. 1, when payments on federal student loans are expected to restart after being paused during the pandemic. Millions of Americans were expected to get their debt canceled entirely under Biden’s plan, but they now face uncertainty about whether they will need to start making payments in January….A notice of appeal to the Eighth U.S. Circuit Court of Appeals was filed late Thursday, hours after U.S. District Judge Henry Autrey in St. Louis ruled that since the states of Nebraska, Missouri, Arkansas, Iowa, Kansas and Souh Carolina failed to establish standing, “the Court lacks jurisdiction to hear this case.”

Separately, the six states also asked the district court for an injunction prohibiting the administration from implementing the debt cancellation plan until the appeals process plays out….The plan, announced in August, would cancel $10,000 in student loan debt for those making less than $125,000 or households with less than $250,000 in income. Pell Grant recipients, who typically demonstrate more financial need, will get an additional $10,000 in debt forgiven.

The Congressional Budget Office has said the program will cost about $400 billion over the next three decades. James Campbell, an attorney for the Nebraska attorney general’s office, told Autrey at an Oct. 12 hearing that the administration is acting outside its authorities in a way that will cost states millions of dollars.

The cancellation applies to federal student loans used to attend undergraduate and graduate school, along with Parent Plus loans. Current college students qualify if their loans were disbursed before July 1. The plan makes 43 million borrowers eligible for some debt forgiveness, with 20 million who could get their debt erased entirely…Conservative attorneys, Republican lawmakers and business-oriented groups have asserted that Biden overstepped his authority in taking such sweeping action without the assent of Congress. They called it an unfair government giveaway for relatively affluent people at the expense of taxpayers who didn’t pursue higher education. Many Democratic lawmakers facing tough reelection contests have distanced themselves from the plan.

Last month, the six states challenged Biden’s $500 billion student loan forgiveness plan in federal court. Iowa, Kansas, Missouri, Nebraska, South Carolina, and Arkansas sued together in a lawsuit filed in Missouri: “In the lawsuit… the Republican states argue that Biden’s cancellation plan is ‘not remotely tailored to address the effects of the pandemic on federal student loan borrowers,’ as required by the 2003 federal law that the administration is using as legal justification. They point out that Biden, in an interview with CBS’ “60 Minutes” this month, declared the Covid-19 pandemic over, yet is still using the ongoing health emergency to justify the wide-scale debt relief.”

A constitutional lawyer at the Cato Institute, Thomas Berry, notes that loan servicers also likely have standing to sue over the Biden plan, given its negative impact on their revenue. He also explains in detail why it was illegal to do what Biden did, and why it is challengeable in court by loan servicers under the HEROES Act and the Administrative Procedure Act.

Interestingly, and sadly, neither of these actions can address the real constitutional elephant in the room. Biden as president has no constitutional authority to appropriate funds out of thin air for any initiative. In this case, Biden’s not even making the pretense of shifting funds from already-extant appropriations, as Donald Trump did with his border-wall funding, in large part because such funds don’t exist on the scale Biden would need. The CBO scores this Academia bailout at $400 billion, which would be between 20-25% of the discretionary spending Congress appropriates in its annual budgets these days. Biden would have to shut down entire Cabinet departments to fund his Academia giveaway in that fashion.

Unfortunately, only Congress would have standing for such a challenge on that basis. And embarrassingly, the current leadership of Congress has no interest in defending its constitutional privilege and authority. Instead of defending this basic check on executive power — through the power of the purse — Nancy Pelosi and Chuck Schumer have gutlessly chosen to cheerlead Biden’s imperial presidency in order to get the outcome they want.

In addition to this $500 billion student loan bailout, Biden also is changing income-driven repayment plans in ways that will spur colleges to raise tuition and stick taxpayers with the tab. Biden’s changes “will make college much more expensive” for taxpayers and many students, reports Reason Magazine. 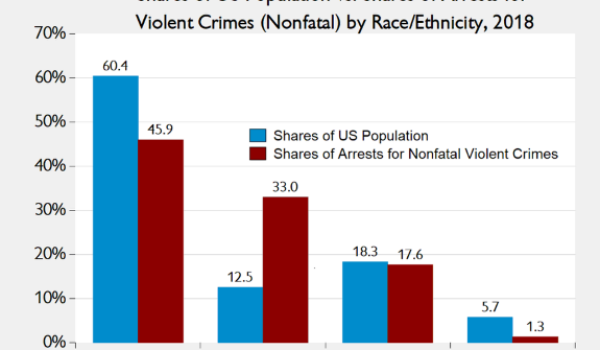 Study: Immigrants move electorates to the left; in Europe, they often increase the crime rate
Next Post
Cartoon of the Day: Desperate Measures 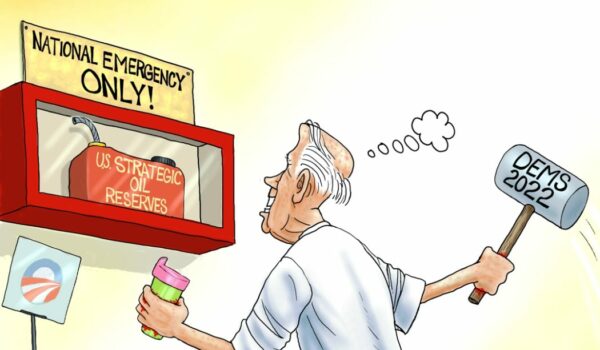