The United States economy is in a recession. Americans are feeling the pinch of rising prices in everything from the gas in their car to the food on their plates. That’s bad news for Democrats heading into an election, but they have no one to blame but themselves.

At every turn, Joe Biden and Democrats have sought to undermine hardworking families. Their $1.9 trillion tax-and-spending spree stifled the economic recovery and job growth, all while fueling historic inflation, falling wages, and a declining standard of living for Americans. Even Biden’s Treasury Secretary Janet Yellen admitted it “did” fuel the inflation crisis. Then, Biden and Democrats passed their Bidenflation Scam, which raised taxes on families and gave $80 billion to the IRS to hire 87,000 new agents to audit the middle class. As if this weren’t bad enough, Biden announced a student debt bailout in August — a handout to the rich that will cost taxpayers hundreds of billions and worsen inflation. Talk about a slap in the face to Americans struggling to make ends meet.

Meanwhile, inflation surged by 8.2% in September, blowing past expectations. Real wages have decreased 3% from last year, making September the 18th month in a row they’ve fallen. Grocery prices are up 13%, while electricity skyrocketed 15.5%. Gas prices are creeping up again, with Californians paying more than $6 a gallon. In fact, any wage gains workers saw in September were eaten up by inflation, meaning Americans’ wages aren’t keeping up with rising prices.

This is a very different story from the lies Democrats have been spinning. Biden officials spent much of last year insisting that inflation was “transitory.” Biden assured us price hikes were “expected to be temporary.” Last month, Democrats threw a party at the White House celebrating the so-called “Inflation Reduction Act,” which did nothing but raise Americans’ taxes and will make inflation even worse. And now that we’ve seen the economy shrink for two consecutive quarters — the Biden administration’s own definition of recession—the White House is absurdly claiming we are not, in fact, in a recession.

Tell that to the hardworking families already stretched thin by 40-year high inflation — especially heading into the holidays. Halloween candy is expected to be 34% more expensive this year. The price of butter, a baking staple, has risen sharply to 32%. Economists are already predicting record high prices for turkey and eggs heading into Thanksgiving and Christmas. And a new survey reported that 18% of Americans say they aren’t getting enough to eat, while another 31% say they’re skipping meals or cutting portions. To make matters worse, home heating bills are expected to increase by 17% this winter. Are these the “high class” problems White House Chief of Staff Ron Klain was talking about?

Voters aren’t buying it. The latest jobs report shows Americans continue to struggle to afford basic goods as prices surge and paychecks shrink. Workers saw a pay cut thanks to Biden’s surging inflation that wiped out any wage gains in September. The economy added just 263,000 jobs, making this the worst jobs report of the year and the second fewest jobs added since the COVID recovery began. That’s why nearly three-quarters of Americans say the economy is in bad shape—and they blame Biden. Recent polling found that 82% of Americans list inflation at the top of their concerns heading into the election. Voters say they trust Republicans over Democrats to bring down inflation by a 10-point margin.

Republicans have already proved that GOP leadership makes all the difference. Nine of the top 10 states for jobs recovered since the pandemic started are led by Republican governors, and all 10 states have Republican-controlled legislatures. Red states like Florida and Texas are exploding in population, while residents flee Democrat-run states like California, Illinois, and New York. Even major companies like Boeing, Caterpillar, and Citadel have announced plans to leave their deep-blue homes behind and move to states with the freedom Republican leadership offers. Elon Musk has already made the move, relocating Tesla’s headquarters from Silicon Valley to deep-red Texas.

The choice is clear. Americans are desperate for economic relief. Only Republicans can deliver.

Ronna McDaniel is the chairwoman of the Republican National Committee. 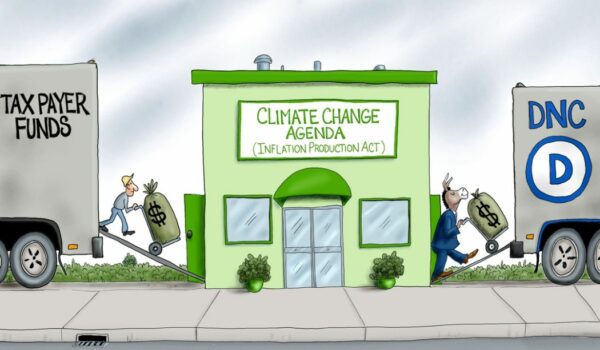 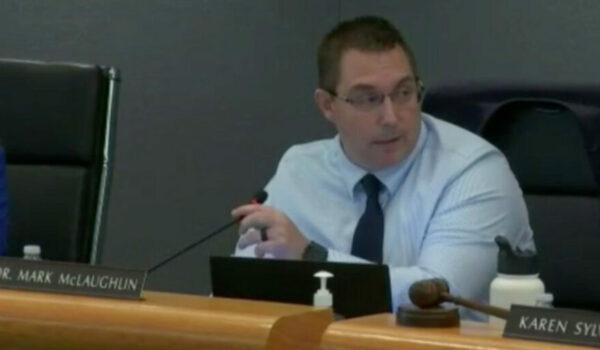