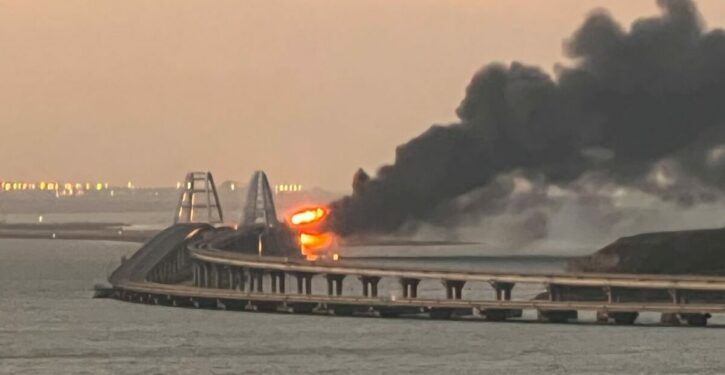 Today, a truck bomb made part of a bridge collapse in a key link between Russia and a Russian-occupied part of Ukraine, as Ukraine plans to retake that region. The bomb exploded on a bridge linking the Crimean Peninsula with Russia, damaging a key supply route for the Kremlin’s failing war effort in southern Ukraine. Three people were killed in the blast.

The legislative speaker of Crimea’s Russian-controlled puppet government accused Ukraine of causing the explosion. Ukrainian officials have repeatedly threatened to strike the bridge and some praised the destruction, but Ukraine stopped short of claiming responsibility.

A few hours after the bomb exploded, Russia’s Defense Ministry announced that Russia’s air force chief, General Sergei Surovikin, had been appointed to command all Russian troops in Ukraine. Three months ago, Surovikin was placed in charge of Russian troops in southern Ukraine. He had led Russian forces in the Syrian civil war, including responsibility for a brutal bombardment that destroyed much of the ancient city of Aleppo, which had over two million people.

For the moment, Russia continues to retreat on the battlefield. Today, an official of the Russian puppet regime in Ukraine’s Kherson region announced a partial evacuation of civilians from that area of southern Ukraine, one of four areas of Ukraine annexed by Moscow last week, amid an ongoing Ukrainian counteroffensive. Much of the world denounced the annexations as a violation of international law.

That Russian puppet regime official, Kirill Stremousov, told Russia’s state-run media that young children and their parents, as well as the elderly, could be relocated to two southern Russian regions because Kherson was getting “ready for a difficult period.”

The explosion occurred on the 12-mile-long Kerch Bridge across the Kerch Strait, which links the Black Sea with the Sea of Azov. It is an essential transportation link to the Crimean Peninsula, which Russia seized and annexed from Ukraine in 2014. The $3.6 billion bridge, the longest in Europe, opened in 2018 and is vital to supplying and reinforcing Russia’s military operations in southern Ukraine.

Although Russia seized the areas north of Crimea early during its invasion of Ukraine and built a land corridor to it along the Sea of Azov, Ukraine is mounting a counteroffensive to try to reclaim those lands, and ultimately Crimea itself.

Russia’ said a truck bomb caused seven railway cars carrying fuel to catch fire, resulting in the “partial collapse of two sections of the bridge.” A man and a woman in a vehicle on the bridge were killed by the explosion. Russia didn’t disclose what happened to the third victim or the truck driver.

The blast occurred even though all vehicles crossing the bridge supposedly undergo state-of-the-art checks for explosives. That security failure triggered a stream of harsh comments from Russian war bloggers who urged Moscow to retaliate by striking Ukrainian civilian infrastructure.

The truck that exploded was owned by a resident of the Krasnodar region in southern Russia. Russia said the man’s home was searched and experts were looking at the truck’s route.

Train and automobile traffic over the bridge was temporarily suspended. Automobile traffic resumed a few hours ago on one of the two links that remained intact from the blast, with the flow alternating in each direction and vehicles undergoing a “full inspection procedure,” said Crimea’s Russia-sponsored puppet ruler, Sergey Aksyonov, wrote on Telegram.

Rail traffic was resuming more slowly. Two passenger trains departed from the Crimean cities of Sevastopol and Simferopol and headed toward the bridge an hour or so ago. There were plans to relaunch passenger ferry links between Crimea and the Russian mainland to cope with the bridge’s reduced traffic, starting tomorrow.

Russia claims its troops in the south are receiving adequate supplies through the land corridor along the Sea of Azov and by boat. Russia’s Energy Ministry estimates that Crimea has enough fuel for 15 days. 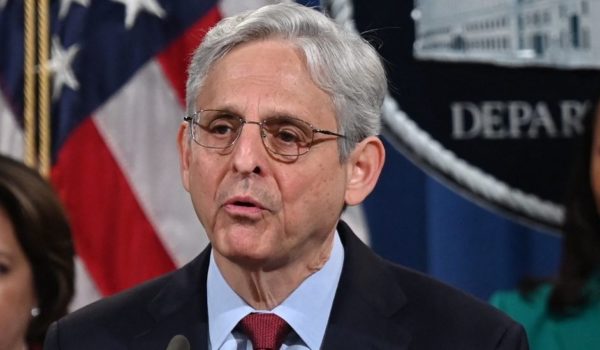 ‘Medical Safeguarding’ Of Kids ‘Should Not Be A Political Issue,’ Detransitioners Argue In Letter To Attorney General
Next Post
A Quick, Compelling Bible Study Vol. 134: What the Bible Says About the Tongue and Mouth