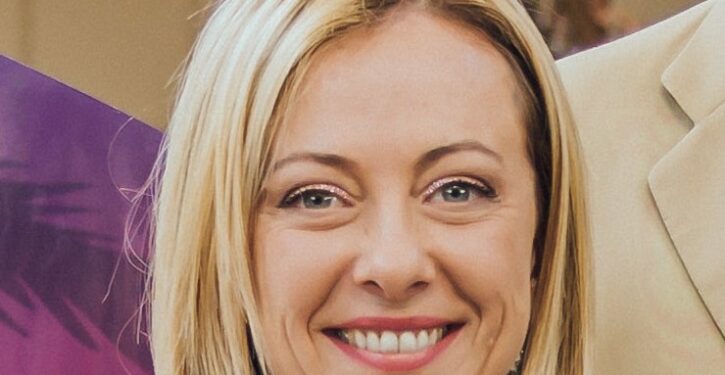 The election of Giorgia Meloni to Prime Minister of Italy and the elevation of center-right parties to majorities in both houses of the Italian parliament are just the latest in the continuing rejection of neo-liberal economic policies and progressive domestic ones.  In Europe, those include the government of Victor Orbán in Hungary, recent conservative electoral successes in Sweden, Marine Le Pen’s increased vote share in France and the British vote to leave the EU.  In the U.S., the 2016 election of Donald Trump and his continuing popularity despite (because of?) his incessant vilification by the press are more of the same.

Needless to say, Meloni’s election has been greeted by cries of agony and misrepresentation by liberal news outlets.  True, if we go back far enough in time, her party’s roots still have some fascist soil clinging to them.  But times change and they certainly have done so since the time when Meloni, age 15, uttered a few kind words for Il Duce.  The realities of Italian politics and the country’s membership in the EU make truly fascistic policies all but out of the question.  Indeed, Meloni’s area for policy-making looks quite restricted.  For example, abandoning the Euro for a return to the lire, while popular with large numbers of Italians, would probably be bad policy despite the fact that the Euro, undervalued in Germany and overvalued in Italy, tends to benefit the former and harm the latter through depressed tourism and high export prices.

Still, Meloni’s no fan of the EU for the same reasons the British weren’t – its infringement on national sovereignty, including national law, an intrusive administrative state and the sense that the will of the country’s people seems at best an afterthought to Brussels.  So it’ll be no surprise to see Italy stirring up trouble in the Union even though its actual power therein is limited.

More likely, Meloni will emphasize domestic policies like sharply limiting the flow of refugees that continue to arrive, mostly from Libya, but elsewhere as well.  She’ll also promote family-friendly policies and fight against some of the crazier woke narratives like the amazing proliferation of sexes.

The refugee problem is far from confined to Italy of course.  Orbán won a name for himself by refusing to accept those fleeing the Syrian civil war.  Many of them ended up in places like formerly-heterogeneous Sweden that now suffers an unprecedented wave of violent crime including bombings.  Unsurprisingly, the results of the recent election there reflect popular discontent with that bedrock progressive value, open borders.

Whatever Meloni and her coalition in parliament actually end up doing, it’s the simple fact of their election that’s a significant event.  In a nutshell, it’s a reassertion of nationalism and a rejection of the neoliberal agenda that marginalizes the nation state.

As the world gets smaller via lightning-fast communications, there is a natural progression toward larger political entities and away from smaller, weaker and more provincial ones, not unlike the collapse of feudalism into nation-states.  Then, the economics of small feudal powers simply couldn’t compete with those of the larger political entities.  Tolls on people and goods to cross the lands of every feudal lord burdened commerce to a degree not warranted by the extent of protection afforded those within the feudal domain.  Kings did a better job of protection and allowed goods to flow more freely.  Thus did feudalism come to its timely end.  Interestingly that end came, in England at least, along with the type of rhetoric of class exploitation and demands for equality that wouldn’t be out of place on the Left today.

I suspect that it’ll take centuries for the power of nations to give way to that of larger political entities, but I can easily see it happening.  My personal guess is that an overarching one-world government will eventually come to pass, perhaps preceded by large groupings of countries into mutual trading and protection blocs.  Eurasia, East Asia and Oceania?  But for now, we can look at things like the European Union, free-trade agreements, the freer movement of capital and, to a lesser extent, labor, as the first tentative harbingers of things to come.

And we can see the reassertion of nationalism as its natural response.  People still strongly identify as Americans, Russians, Canadians, etc. and still have the sense that those nations do a better job of representing their interests than does any other form of political authority.  For the time being, nation-states aren’t going anywhere, and the blithe assumption that they should be risks overreach and rejection by voters, which of course is exactly what’s happening.

Whatever the distant future holds, for now, what’s most remarkable about the increasing popularity of the Right is that the Left seems entirely incapable of self-reflection.  The idea that leftist policies and agendas themselves might have something to do with their rejection by huge numbers of people and are therefore worth re-evaluating, appears to be a concept beyond the leftist pale.  As with Trump, Brexit, the Canadian truckers’ strike, etc. the Left seems content to hurl expletives rather than ask basic questions about itself, its narratives and policies.  That of course will hasten their marginalization by the voting public, which is what we’ve been seeing for several years, most recently in Italy. 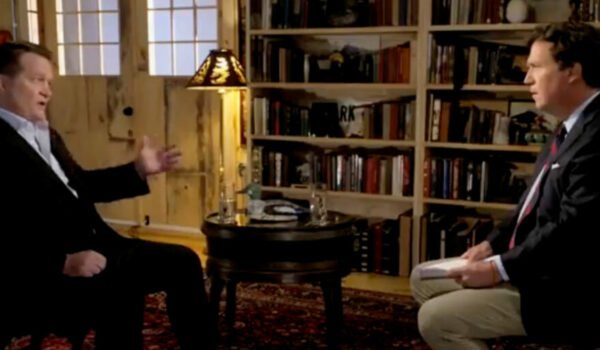 Hunter’s Ex-Associate Tony Bobulinski Claims The Bidens Committed ‘Fraud,’ Wanted To Make ‘Billions’ From China
Next Post
Nobody Wants Biden’s Boosters — But He Forked Over Billions To Pfizer And Moderna For Them Anyway