As many as 300 new pediatric gender clinics have opened in the U.S. over the past few decades amid soaring rates of transgender identity among adolescents, according to the Society for Evidence Based Gender Medicine.

As transgender identity has become more common, pediatric gender clinics have popped up all over the country offering various cross-sex medical services to minors. Individuals seeking to medically transition to the opposite sex can undergo a host of procedures including puberty blockers, cross-sex hormones, double mastectomies for females and mammoplasty for males, facial surgeries and numerous other procedures on the genitals and reproductive system.

The Human Rights Campaign lists 60 pediatric gender clinics on its mapping project, which only includes “comprehensive multidisciplinary programs,” while the Gender Mapper puts the number over 200 and the Society for Evidence Based Gender Medicine (SEGM) estimates over 300. The number of clinics has exploded in recent years, with some estimates placing the first pediatric gender clinic in the U.S. to have opened as recently as 2007.

There are child gender clinics all over the country, including in Republican-led cities and states that have been vocal about cracking down on gender transitions for minors: Florida, Wyoming, Kansas, Montana and many southern states have multiple pediatric gender clinics, according to Gender Mapper.

Vanderbilt University Medical Center in Nashville, Tennessee, performed double mastectomies on minors, according to a video unearthed by the Daily Wire in which a woman identified as physician’s assistant Shalyn Vanderbloemen said the procedure was available to 16 and 17 year olds. The clinic also offers cross-sex hormones, which can permanently sterilize patients, to children as young as 13, according to the DW.

Dr. Sidhbh Gallager, a Miami-based plastic surgeon, performs 40 “top surgeries” per month, and one or two of those is on a minor, according to The New York Times. She said most underage patients were at least 15, but that she has performed the procedure on children aged 13 and 14.

Kaiser Permanente Oakland, a California hospital, performed 70 “top surgeries” in 2019 on teenagers age 13 to 18; it had only done five in 2013, according to a study.

“The number of pediatric gender clinics has risen dramatically during the last two decades just as the number of trans-identifying youth has increased by more than 4,000% over the same time period,” Joseph Burgo, a California based clinical psychologist and advisor to Genspect, told the Daily Caller News Foundation. “It’s natural to assume that the medical profession has increased supply in response to demand for its services. Like most professionals, physicians and surgeons also seek to maximize their income and, as Dr. Shayne Taylor informed her Vanderbilt University Medical Center audience, gender medicine is highly profitable.” (RELATED: Yes, Doctors Are Performing Sex Change Surgeries On Kids)

Burgo was referring to a recently unearthed video of Taylor boasting of the profit opportunity cross-sex medical treatments presented to the Vanderbilt Vanderbilt University Medical Center.

“It’s a lot of money. These surgeries make a lot of money,” she said. “So a female to male chest reconstruction could bring in $40,000. A patient just on routine hormone treatment who I’m only seeing a few times a year can bring in several thousand dollars without requiring a lot of visits and labs. It actually makes money for the hospital.”

Double-mastectomies, referred to by activists as “top surgery,” are more readily offered to minors than other cross-sex surgeries, and numerous clinics openly advertise them to patients in their mid-teens. Gallagher publicly admitted to performing the procedure on a 13 year old and a 14 year old who suffered extreme distress about their chests, and the procedure has been offered to minors by noteworthy institutions including Boston Children’s Hospital.

“I can’t honestly think of another field where the volume has exploded like that,” Dr. Karen Yokoo, a retired plastic surgeon at Kaiser Permanente Oakland, recently told the NYT about the rapid rise of double mastectomies for teen girls with gender issues.

Activists and medical professional who support child transitions argue that they alleviate the mental anguish and depression associated with gender dysphoria, or the sense of incongruity between one’s gender identity and biological sex, often downplaying the issue of children growing up to regret the irreversible procedures.

“I know personally many, many, many trans men that have benefited and are happy with their medical transition and their top surgery. I would put myself in that category,” Kinnon MacKinnon, who is transgender, told the NYT before addressing the issue of detransitioners. “But just as a researcher, I do feel like there are questions that are deserving of answers and have implications for clinical care.”

Vanderbilt opened its trans clinic in 2018. During a lecture the same year, Dr. Shayne Taylor explained how she convinced Nashville to get into the gender transition game. She emphasized that it’s a “big money maker,” especially because the surgeries require a lot of “follow ups” pic.twitter.com/zedM7HBCBe

Puberty blockers and cross-sex hormones have drawn considerably less attention and public outrage than gender-related surgeries despite the serious health risks they pose. Puberty blockers cost about $1,200 per month, and an implant costs $4,500 to $18,000 , according to PBS.

Puberty blockers, if taken at the earliest stage of puberty, will permanently impair sexual function and prevent the patient from ever experiencing an orgasm, according to transgender activist and surgeon Marci Bowers. After blockers, patients can move on to cross-sex hormones, which can cause permanent infertility.

Cross-sex genital surgeries, referred to euphemistically as “bottom surgeries,” are rare in general and are particularly rare for minors, although there is no federal law banning them and they have occurred in several instances. More than half of surgeons who perform vaginoplasty (the surgical inversion of the penis to mimic a vagina) have performed the surgery on patients under 18, according to the Transgender Legal Defense and Education Fund.

“Throughout society but especially in educational settings, gender identity ideology has spread and successfully defined trans identities to include virtually any deviation from rigid and stereotypical gender norms, thereby bringing large numbers of unconventional young people under the trans umbrella,” Burgo told the DCNF. “And then, the World Professional Association for Transgender Health has consistently advocated for the medicalization of trans-identifying youth, thereby fueling demand for services which the medical profession has stepped forward to supply.

Judge: Muslim felon had no religious right to own gun for self-defense
Next Post
Cartoon of the Day: Queen Of The Hill 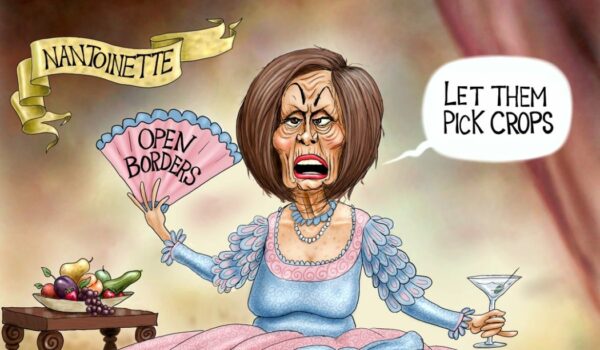