Biden’s student loan forgiveness plan is illegal, and will cost taxpayers at least half a trillion dollars.That’s why multiple lawsuits have been brought against it.

But its illegality doesn’t mean taxpayers can sue over it. The Supreme Court has long said that taxpayers in general can’t sue the federal government (as opposed to municipalities) for illegal spending. Only someone with a more focused, individualized injury from illegal government spending can. As a result, only a small fraction of the people who object to Biden’s plan can sue over it, like companies that service the student loans not currently held by the government.

So most of the lawsuits brought against Biden’s plan will be dismissed for “lack of legal standing” to sue over it.  The Biden administration is trying to kill as many of those lawsuits as possible, by excluding certain categories of student loan borrowers from student loan forgiveness, lest people who benefit from their loans — like loan servicing companies — sue over their cancellation.

The Detroit Free Press reports on how Biden just shrank the scope of his student loan bailout by up to 4 million borrowers, because their loan servicers might otherwise bring a successful lawsuit challenging the legality of what Biden did:

Student loan forgiveness was thrown a bit of a curve after one group of borrowers discovered that a limited backdoor strategy suddenly closed.

About 770,000 borrowers would lose student loan forgiveness, according to a Biden administration official.

But an outside expert estimated that the number could be significantly bigger. The borrowers who are not going to be eligible for forgiveness are those who hold older Federal Family Education Loans and Perkins loans that are not held by or on behalf of the U.S. Department of Education.

Mark Kantrowitz, a student loan expert and author of “How to Appeal for More Financial Aid,” said the number impacted could be up to 4 million, depending on how many have consolidated already.

Kantrowitz said he’s using that figure based on data published earlier by the U.S. Department of Education in the FSA Data Center.

Kantrowitz acknowledged that it is possible that a significant number of borrowers applied for consolidation after the Aug. 24 announcement and before the change was made Sept. 29. But he doubts the group of applications would be so large that the figure would drop to 770,000.

We are talking about some fairly old loans here, including loans for those who graduated from college or left school 10 years ago or more.

The FFEL program ended June 30, 2010. Due to the maturity of the student loan portfolio, many of those loans are likely to be in an extended or income-based repayment plan, Kantrowitz said.

Some loans could still be in a standard 10-year repayment plan, Kantrowitz said, but it’s likely those borrowers entered repayment more recently than 12 years ago or took advantage of deferments or forbearances.

Six GOP-led states brought a lawsuit against the Biden administration to try to halt the sweeping forgiveness plan, charging that the administration overstepped its executive powers. The states are Arkansas, Iowa, Kansas, Missouri, Nebraska, and South Carolina.

This shrinkage in the scope of Biden’s plan will reduce the cost of debt cancellation from about $519 billion, down to about $500 billion.

Stocks Tumble On The Heels Of Another Disastrous Inflation Report
Next Post
Cartoon of the Day: Masking the Problem 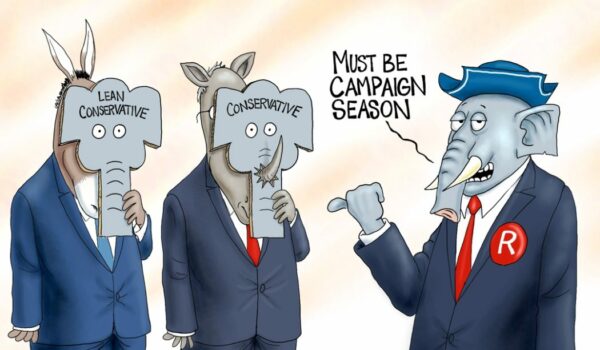