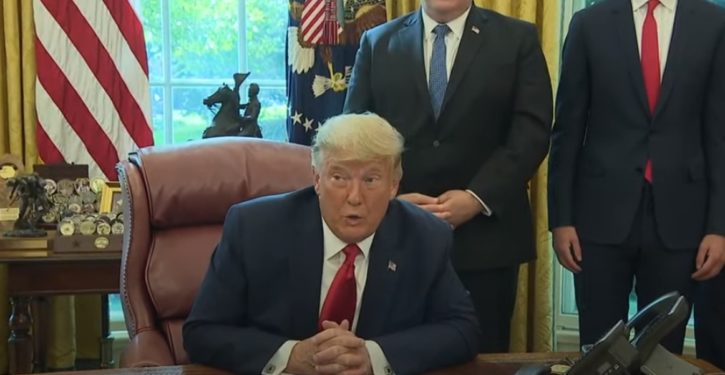 If you are an actual conservative, there is no selfish reason to criticize Trump, even when you think Trump has made a mistake. His fans will hate you for it, and progressives and Never Trumpers will attack you, saying “you created Trump” by criticizing progressives in the past — unless you curry favor with them by falsely claiming Trump is the next Hitler, or a fascist, which Trump is not. The only “conservative” most Never Trumpers like is a fake conservative who has become a progressive in disguise, and masquerades as a conservative or Republican on TV. Many prominent conservatives figured this out, and did not criticize Trump for doing things they privately disapproved of.  The net result of this disincentive for criticism by actual conservatives and pro-free-market people is that Trump didn’t get enough constructive criticism from them during his time in office, even though constructive criticism could have led to better administration policies and a better chance of him being reelected.

I am obviously not a progressive. I worked for a free-market think-tank for most of two decades, run a Foundation that bankrolled successful lawsuits against the Biden administration (such as over its racial preferences in COVID relief), and have given thousands of dollars to Republican candidates. I publicly criticized Biden’s policies for being extreme in 2020, while the media was falsely claiming Biden was a moderate centrist. I debunked this false claim in the newspapers. As I noted at the time, Biden’s proposals were

“further to the left than that of any Democratic nominee in decades.” Biden has proposed raising government spending by $11 trillion, and taxes by $3 trillion, over the next decade. By contrast, in 2016, Democratic presidential nominee Hillary Clinton proposed only $1.4 trillion in new tax revenue over a decade. Biden’s proposals would increase America’s national debt by trillions of dollars. It is hard to view that as “centrist.”

But when I have criticized Trump on this web site, I have gotten responses claiming I received a fancy car from the Left for being a Judas (I drive a 2007 Hyundai Santa Fe that I bought with my own paycheck), and that in addition to being a leftist, I am a “Swampy” “NeverTrump Elite Effete Ivy League Squire” with a “thick, Leftist trained head.”

Interestingly, the very same criticisms of Trump did not nothing to appease the Beltway progressive elite and progressive web sites, which hate me as much as ever. When I criticized Trump, I got emails from what seemed like perfectly ordinary progressives telling me “you created Trump” by riling up conservatives about Obama’s bad policies during the Obama administration (such as criticizing the attacks on civil liberties by the Obama Education Department), thus paving the way for Trump to win in 2016.

In reality, it was not me, but Obama, who precipitated Trump’s rise, by antagonizing conservative and moderate voters in his second term. Obama veered further left in his second term, deliberately provoking conservatives with his left-wing policies. Obama also practically taunted Trump into running for president. As an article in the progressive magazine The Atlantic conceded, “Obama taunted Trump and look where it got us.”

I privately preferred Trump to Hillary Clinton in 2016. But I would have preferred a President Romney or McCain to a President Trump. It is not my fault Obama’s bad policies, and Hillary Clinton’s determination to pursue those policies even further, made Americans in key swing states willing to vote for Trump as the lesser of two evils. Many of the swing voters who elected Trump had cast ballots for Obama over Romney back in 2012, back when the Democrats had not moved as far left as they did by 2016. When questioned by pollsters and researchers, many of them regretted their 2012 vote for Obama, who proved more left-wing and divisive, especially in his second term, than he pretended to be.

I definitely didn’t “create Trump” by being an outspoken advocate for free trade in newspapers across the U.S. and Canada!

Progressives are so spiteful and vindictive that some of them even attack conservatives who became mildly progressive in reaction to Trump. Bill Kristol is no longer a conservative — he endorsed progressive Terry McAuliffe for governor of Virginia — but when he criticizes Trump, there are still hardcore progressives who will blame him for Trump’s rise.

On the other hand, Kristol has been richly rewarded by the progressive media for being a turncoat and endorsing down-ballot Democrats like Terry McAuliffe in state and congressional races. There is a net reward for a conservative being a turncoat and becoming a Democrat in disguise. As the staunch conservative John Hinderaker notes at Powerline, the easiest way for a washed-up former Republican official to get a newspaper column or media attention is to become a RINO who attacks other Republicans.

But there is no selfish benefit to a person who remains conservative or pro-free-market from criticizing either Trump, or the Trumpification of the GOP. That just makes Trump supporters mad at you, while failing to appease the left, which has no tolerance for any difference of opinion.

Many of the bloggers at this web site — like the staunch conservatives Jerome Woehrle and Liam Bissainthe — told the truth as they saw it: Trump has many flaws, but the Democrats are even worse. Vote Republican in the general election, but don’t vote for Trump in the Republican primary, because Trump being in charge of the GOP will harm the GOP and strengthen the Democrats, enabling them to win the next election. Woehrle tirelessly worked to elect Trump in the 2016 general election, pumping out many blog posts read by hundreds of thousands of people in 2016 explaining why voters should vote against Hillary Clinton and against progressives. But in 2018, he called on the GOP to replace Trump as its nominee, prophetically warning that Trump would lose the 2020 election. (As he and Liam later pointed out in 2021, Trump actually lost the 2020 election, it was not stolen from him, because the amount of vote fraud the Democrats got away with was not enough to flip the election). Readers hated his 2018 blog posts, even though I believe they were prophetic and accurate.

I recognize that what they wrote (and also my criticism of Trump) drove away many conservative readers, while not attracting any moderate or liberal readers to replace them. And that is one reason why this blog has rather low traffic — to the extent that the founders of the blog have now left, and we have fewer readers. I appreciate our remaining readers, even if (and especially if) you don’t agree with me. When people disagree with me, I hear it loud and clear. 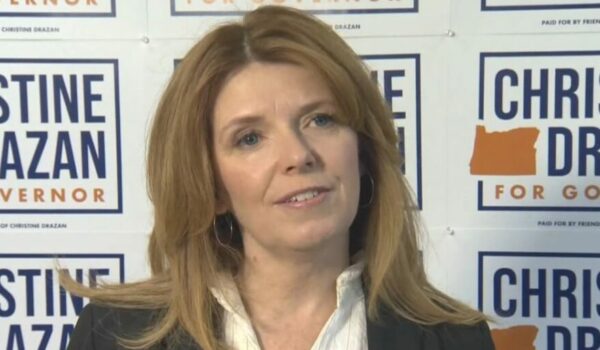 Blue-State Candidate Could Become First Republican Governor Since 1987: POLL
Next Post
America’s Housing Market Is In Trouble. Here’s What To Expect Next