The U.S. Department of Defense Education Activity (DODEA)  hosted an “Equity and Access” summit in 2021 that featured presentations on gender ideology and anti-racism, according to a report by the Claremont Institute.

The “Equity and Access” summit trained military school educators on curriculum and practices which featured teaching gender identity using a “genderbread person,” according to the report by the Claremont Institute. The DODEA oversees more than 160 K-12 schools on military bases throughout the world and is responsible for educating roughly 69,000 students. (RELATED: Military Diversity Czar Made Racist And Derogatory Posts: REPORT)

Another presentation at the summit, “REDI: First Steps for Leaders: Let’s Talk!” promotes “How To Be An Anti-Racist” by Ibram X. Kendi, the report stated. The presentation ask educators to answer the question, “what does it mean to have to constantly reaffirm your identity as an anti-racist? and “why and how do we need to call out racism when we see it, even if it can be uncomfortable to identity?”

Since the Claremont Institute report was published on Monday, the DODEA removed all summit materials from its website, Claremont President Ryan Williams, who authored the report, told the Daily Caller News Foundation.

“What is our government basically facilitating the schools where they send their children?” Williams said. “Anti-Americanism and the undermining of patriotism, as well as these really pernicious attempts to kind of coax children into discussing their sexuality or gender identity at very young and remarkably young ages and encouraging them or hinting at them that whatever the case may be at home, that they can feel safe to discuss these things at school, and families will be kept in the dark about this. Our military families of all things deserve a lot a lot better.”

A presentation at the summit called “Defining Characteristics of a ‘Brat’: What Social Science Data Say about the Military-Connected Child,” told educators that the American flag or the national anthem might be seen as offensive to many, the report stated. One presentation titled “Developing Equity through Education: Global citizenship education is a means to combat these ideas and practices,” explained that students will most likely view their country as systemically racist and should want to make an effort to change that.

Schools across the nation are adding gender identity and anti-racism into their curriculums; the New Jersey Department of Education announced they will intervene and punish schools who fail to implement the state’s sexual education curriculum which teaches 10-year-olds about “gender identities, gender expressions and sexual orientations.” Parents in Washington state say their school district tricked their son into taking an “anti-American socialist” history class.

“Unless we, that is collectively as concerned citizens and lawmakers, reverse this sort of trend, in education, on military bases and across the country, the American Republic will die,” Williams told the DCNF. “Because you can’t teach future citizens to hate their country and a good portion of them, in a way, to hate themselves because of their skin color and expect a multiracial Republic to survive. That’s pretty dire straits.”

The DODEA did not immediately respond to the Daily Caller News Foundation’s request for comment. 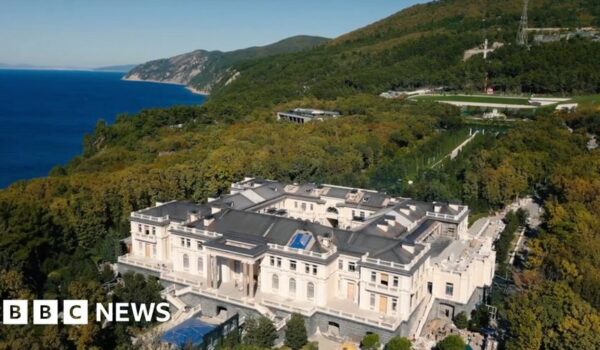