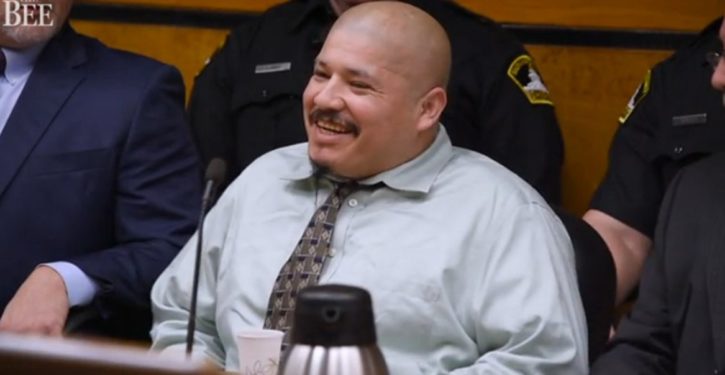 Over the past week, we’ve heard the usual low drumbeat of violent crime, most of it fairly unremarkable by U.S. standards.  One exception was Ezekiel Kelly’s spree in Memphis.  He seems to have murdered four people and injured three others, entirely at random.  Weirdly, he live-streamed part of his rampage, greatly assisting in his apprehension.  Another Memphian, Cleotha Abston allegedly kidnapped and murdered a woman unknown to him who was jogging in broad daylight.

That this is business as usual is especially true because each man has a history of violent crime commission and yet was free to reoffend.  Kelly, for example, had only been out of prison six months when he allegedly committed last week’s atrocities.  In 2020, he committed a drive-by shooting in which two people were injured, both requiring surgery.  For that effort, he spent just 11 months behind bars.

Abston’s criminal career began when he was 11 years old.  By age 16, he had multiple felony convictions for offenses such as assault, aggravated robbery, rape and – yes – two aggravated kidnappings, one as recently as 2021.

Since their crimes are all too common, why bring them up?  Because we’re currently battling a wave of prosecutorial negligence in many cities across the country.  Because suspension of cash bail is allowing onto the streets criminals known to be violent.  Because progressive DA’s often unilaterally violate their oath of office by refusing to enforce the law.  Because far too many people released from prison or jail, either pre- or post-conviction are known to be dangers to society and yet are released anyway.  Because those policies are contradicted by known facts about crime and punishment in the U.S.

That the U.S. has the highest incarceration rate in the world and the most prisoners is often cited to convince us that we incarcerate too readily and for too long.  On the campaign trail in 2020, Joe Biden vowed to lower the number of inmates by an astonishing 50%.  Presidential hopeful Elizabeth Warren chimed in with “More people are locked up for low-level offenses on marijuana than for all violent crimes in this country.”  Biden’s promise seems fortunately to have been forgotten; Warren’s claim is just objectively false.

In fact, as the Kelly and Abston cases suggest, it’s not only hard to get into prison in the U.S., it’s also hard to stay there.  After all, if our policies on punishment for crime were as severe as so many claim, wouldn’t both of those thugs have been in prison on the dates they instead murdered random innocent people?

Here are some facts (mostly from the Department of Justice) that bear on the issue:

About 88% of all incarcerated persons in the U.S. are in state prisons and jails.  According to the Department of Justice, only 40% of those convicted of a felony went to prison.  Stated another way, commit a felony and you have a 60% chance of spending not a minute behind bars.

Plus, according to multiple bulletins issued by the Bureau of Justice Statistics, the average number of prior arrests for state prison inmates ranges between 10.6 and 12.1.  In other words, in order to worm your way into prison, you have to not only commit a felony, you have to be a serial offender well-known to prosecutors and courts.  A single felony isn’t enough; it takes several.

But perhaps the lion’s share of those felonies are pot busts as Warren claimed, right?  Nope, not even close.  Over 60% of state prisoners are inside due to a violent offense (55.5%) or a weapons offense (4.6%).  Murder, rape, armed robbery and assault account for over half of all state inmates.  Meanwhile, just 14.1% are incarcerated for drug offenses, most of them trafficking.  Under 4% of inmates are doing time for possession of a controlled substance.

But surely, once the steel doors clang behind these people, they’re in for a long stretch, right?  Sometimes, but not usually.  To get into prison, requires multiple felony arrests and convictions.  But a 2018 Bureau of Justice Statistics study showed that the median time served is about 15 months.  Violent offenders serve a median of less than 30 months.  (Remember, Ezekiel Kelly served just 11 months.)  Drug offenders serve 12 months and overall, 42% of state inmates are out in under a year.  The average time served is 44% of the sentence.

About 76% of prisoners are released on parole.  The great majority of those go on to reoffend, usually soon.  The BJS has tracked post-release behavior, and the results aren’t encouraging.  Within five years of release, up to 77% of former inmates had been rearrested at least once.  By year 10, over 83% had.  About 40% (like Kelly and Abston) had been rearrested for crimes of violence.

The points are several and obvious:  First, basic facts fail to support the narrative of the U.S. as an especially repressive place for criminal behavior.  That we have more inmates strongly suggests that we have more crime, particularly violent crime, than the countries to which we’re compared.  Generally speaking, in order to be imprisoned, a person has to have committed multiple serious offenses, usually violent.  Once inside, that person doesn’t stay long.

More importantly, the growing movement to reduce the prison population is deeply flawed and a clear and present danger to law-abiding citizens.  Whatever the flaws in our criminal justice system, and there are plenty, they won’t be solved by simply suspending law enforcement.  The simple fact is that doing away with cash bail hamstrings judges, DA’s and police by allowing known violent offenders to walk free and reoffend.  And when they do, the innocent and law-abiding suffer, as Kelly’s and Abston’s victims would tell us if they could.  Yes, cash bail too often confines non-violent offenders and discriminates against the poor.  But that simply calls for a more targeted approach in which those who don’t threaten their neighbors can be released and the Ezekiel Kelly’s and Cleotha Abston’s of the world remain inside.

Violent crime is concentrated in very small areas of the country.  For example, Chicago neighborhoods like West Garfield Park (131.9 murders/100,000 people), Greater Grand Crossing (82.6/100k) and West Englewood (75.1/100k) resemble war zones in which those most in danger include the entirely innocent.  Plus, those areas are populated overwhelmingly by the poor and people of color.

Let us be entirely clear: the progressive movement against criminal law enforcement is a target on the backs of poor blacks and Hispanics who are just trying to get on with their lives.  We the People have an interest in safe streets, the protection of ourselves, our loved ones and our property.  Progressive dogma, progressive policies assume otherwise.  We are now reaping the whirlwind spawned by those policies.  It looks like we’ll continue to do so for some time to come, the facts to the contrary notwithstanding. 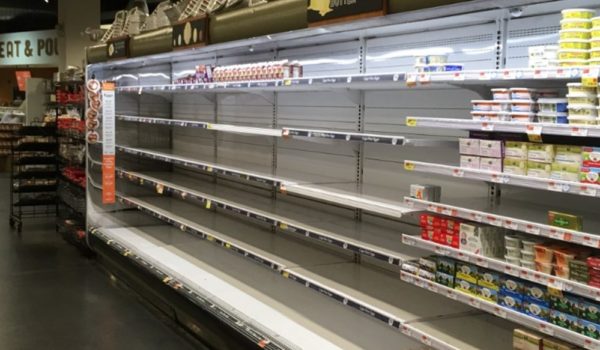 New Poll Delivers Some Alarming News For Democrats
Next Post
Housing has become less affordable. Here are some proposed solutions