A communications professor at the University of Southern California’s Marshall School of Business is out of the classroom after saying a Chinese word that sounds similar to an English language racial slur.

During a recent online class, Professor Greg Patton, who is an “expert in communication, interpersonal and leadership effectiveness,” explained the usage of a Chinese filler word for “that,” comparing it to the usage of “like,” “um,” and other American filler words. He was placed on leave after using the Chinese word “nage/那個/那个” in class.

“Taking a break between ideas can help bring the audience in,” Patton said. “In China,” for instance, he continued, “the common pause word is ‘that that that.’ So in China it might be ne ga, ne ga, ne ga.”

On Tuesday evening, USC’s School of Business declared that Patton is no longer teaching his course. “Recently, a USC faculty member during class used a Chinese word that sounds similar to a racial slur in English. We acknowledge the historical, cultural and harmful impact of racist language,” it stated.

Patton “agreed to take a short term pause while we are reviewing to better understand the situation and to take any appropriate next steps,” it said. Another instructor has been assigned to temporarily teach the course.

USC seems to think that the mere use of this Chinese word is traumatizing to black people. It says it is now “offering supportive measures to any student, faculty, or staff member who requests assistance.” The school is “committed to building a culture of respect and dignity where all members of our community can feel safe, supported, and can thrive,” it says.

But Chinese alumni do not find it offensive. Ninety-four Marshall alumni, many of whom are Chinese and now live in China, wrote their own letter to the dean and other administrators, expressing support for Patton.

“All of us have gained enormous benefit from the academic leadership of Prof. Patton. His caring, wisdom and inclusiveness were a hallmark of our educational experience and growth at USC and the foundation of our continued success in the years following,” the named alumni wrote.

Moreover, they said, “We unanimously recognize Prof. Patton’s use of ‘na ge’ as an accurate rendition of common Chinese use, and an entirely appropriate and quite effective illustration of the use of pauses. Prof. Patton used this example and hundreds of others in our classes over the years, providing richness, relevance and real world impact.”

By contrast, some black students asked for action against Patton in a letter. Their letter says that “in light of the murders of George Floyd and Breonna Taylor and the recent and continued collective protests and social awakening across the nation, we cannot let this stand.”

The Chinese alumni’s letter invoked another context: China’s Cultural Revolution, through which some signers said they lived, as well as many of their parents.

“The current incident, and Marshall’s response so far, seem disturbingly similar to prevalent behavior in China at that time — spurious accusations against innocent people, which escalated into institutional insanity,” the 94 alumni wrote. 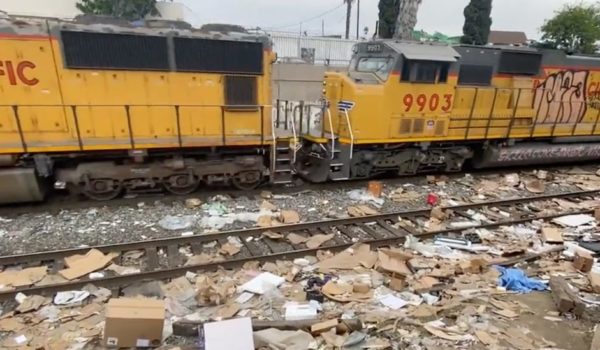 The Impending Railroad Strike Could Grind The Entire Economy To A Halt, Experts Warn
Next Post
Cartoon of the Day: Buyer Beware 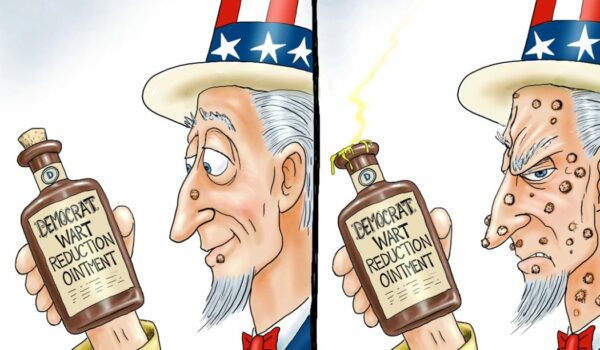