One way to avoid addressing a problem is to pretend it doesn’t exist.  Another is to deflect attention from that problem to another.  Still another is the use of intellectual dishonesty to obscure the problem.  There are all sorts of ways, but the aim of each is the same – to ignore the problem.  Writing in the Chronicle of Higher Education, the chancellor and president of Texas Women’s University, Carine M. Feyten scores a hat trick.

The problem Feyten seeks so desperately to avoid is that of the precipitous decline in achievement and engagement of boys and men in academia and life generally.  She’s an old-guard gender feminist for whom any acknowledgement of the trials and inequalities that beset the male sex are to be buried forever beneath a pile of, shall we say, rubbish.

Rubbish, or perhaps a more scatological word, is a good description of Feyten’s article entitled “The Boys are Doing Just Fine,” written for the sole purpose of convincing readers to ignore the real and urgent problems facing half the population.

Feyten offers but a single data point in support of her unsupportable thesis – that there’s a higher percentage of men attending college now (36%) than in 1970 (20%).  Very true, but of course the figures for women are 46% and 12% respectively.  Yes, the fact that (a) women outnumber men on college campuses 60%-40% and that (b) 46% of women attend college versus only 36% of men is, to Feyten, a non-issue.  This in a time when we’re repeatedly told that, to have any hope for a decent life, you must have a college degree.

Feyten offers a miraculous explanation for why women’s college enrolment has almost quadrupled in 51 years while men’s has only increased 16 percentage points.  You see, women must get a college degree to make up for – can you guess? –  that hoary and oft-debunked feminist chestnut, the wage gap.  Because women on average earn less than men on average, Feyten, like countless feminists before her, concludes that the economy discriminates against women.  So, what many would call a wonderful opportunity – a college education – Feyten converts into a grievous burden, the result anti-female wage oppression that no one has yet been able to locate.  Of course she does.

Her argument is patent nonsense and has been known to be such for decades.  As long ago as 2009, the U.S. Labor Department surveyed the Current Population Survey plus existing studies of the male-female earnings gap and concluded that discrimination played no measurable part in producing it.  What did?  Men’s and women’s differing choices about how to allocate their time between (mostly) paid work and family time.  That, plus their different choices of employment made up all but about 5 percentage points of the wage gap at a time when it was about 20.4 percentage points overall.

That’s unlikely to change, again because of men’s and women’s different choices.  Mark Perry at the American Enterprise Institute has reported that, of the 30 best-paying college majors, a majority of graduates were male in 27 of them.  That’s true despite males making up just 40% of college students.

Years ago, even the American Association of University Women admitted that its study of the earnings gap revealed no discrimination against women, but only their differing choices.  As a university woman herself, you’d think Feyten would know.  I guess not.

But Feyten’s intellectual dishonesty doesn’t stop there.  When it comes to women’s earnings, she relies solely on the “equity” argument, i.e., that unequal earnings prove sex discrimination; but when it comes to unequal college enrollment, eh, “the boys are doing fine.”  Nothing to see there.

The astonishing hypocrisy and dishonesty of a single gender feminist zealot is less news than it is simple repetition.  What’s more important is the fact that she’s simply flat wrong; the boys are in fact not OK and we don’t need to look far to find that out.

Suicide?  Almost 80% of suicides are men and boys.  In fact, suicide is the number two killer of males under the age of 45.

Men are more likely than women to use almost all types of illicit drugs, and illicit drug use is more likely to result in emergency department visits or overdose deaths for men than for women.

At least some of that stems from 30 years of neo-liberal trade and economic policy that dealt a body blow to millions of blue-collar men by shipping their good manufacturing jobs, on which they relied to support their families, overseas.  (FYI, the single greatest predictor of divorce for a man is the loss of his job.)

About 92% of workplace fatalities are males.

Lower percentages of boys and men graduate from high school, enroll in college and graduate from college than do girls and women.

According to the U.S. Census Bureau, fathers are about four times as likely to lose significant or all parenting time with their children following divorce.  Over 70% of divorce actions are filed by women for that very reason according to researchers Margaret Brinig and Douglas Allen.

Men are as likely as women to be victims of domestic violence, but there are over 1,500 DV shelters for women and only three for men in the whole United States.

Over 95% of combatants killed in war are men.

Men are required to register with the Selective Service System and make themselves available for wartime combat.  Women aren’t.

Across all 38 countries of the Organization for Economic Cooperation and Development, boys are graded more strictly by teachers than are girls.

Pop culture routinely denigrates and ridicules men and boys.  Girls and women meanwhile are portrayed as either heroic, powerful, courageous and pure or the helpless victims of… guess who.

I could go on and on of course, but the point should be clear: the boys aren’t “doing fine” and deserve our attention, care and empathy, however much Carine Feyten may urge us to ignore them. 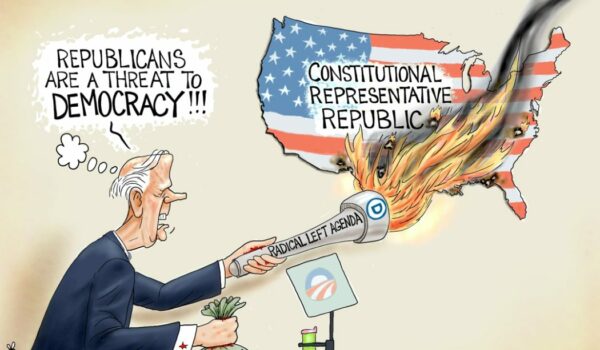