Most people can afford to make payments on their student loans, because the unemployment rate is only 2 percent for college graduates, and 4 percent for recent graduates. But Chicago Tribune columnist Steve Chapman suggested that Biden was right to forgive student loans, because borrowers can’t discharge them in bankruptcy: “For everyone angry about Biden’s student loan forgiveness, keep in mind that if you ever incur debts that prove too much for you to repay, you can discharge them through bankruptcy. Those with student loans are almost completely barred from doing that.”

Chapman, a Harvard graduate, probably doesn’t know this, but working class people have financial obligations they can’t discharge in bankruptcy, either, even when they lose their job, or their income falls through no fault of their own. Progressives have made it harder to modify those obligations to reflect economic realities, through legislation such as the Bradley Amendment.

Obligations imposed by courts in divorce cases — or by state child-support agencies — are not dischargeable in bankruptcy, no matter what. So alimony payments you are ordered to pay are not dischargeable, even when your income falls. Nor are child-support payments, when you are laid off from your job. You can go to jail for not making those payments. Even money you were ordered to pay your ex-spouse’s divorce lawyer is not dischargeable in bankruptcy. The federal Bradley Amendment sponsored by Senator Bill Bradley (D-NJ) forbids courts to reduce child support obligations retroactively, “no matter what the circumstances,” and even when doing so would be just and reasonable.

Moreover, debtor’s prisons exist for child support, including people jailed with no access to counsel in some states, over excessive child support obligations they could not in fact pay, as I described in detail in the Richmond Times-Dispatch in a 2014 op-ed.

Although people of all income levels can be ordered to pay child support, alimony, or attorney fees, in practice the burden of these obligations falls hardest on working class people, who are much more likely to get divorced than college-educated professions. Working-class people are much more likely than college graduates to end up in court due to a no-fault divorce sought by their spouse, and then be ordered to pay much of their income in child support.

For example, a father was ordered to pay over half of his income in child support, in the Virginia Court of Appeal’s decision in Herring v. Herring (2000). In the Herring case, the child-support obligation of the father, who made $1300 per month, was $673 per month under Virginia’s child-support guidelines for just two kids (his ex-wife made $1600 per month, for a combined household income of $2900 per month). John Herring, who earned only $1300 a month, was so poor that he had already been reduced to living in his sister’s basement. When a trial judge reduced child support obligations from a crippling $673 per month — consuming most of his net income — to a more reasonable $484 per month, the Virginia Court of Appeals reversed that reduction, because it was contrary to Virginia’s existing child support guidelines.

When fathers can’t pay these obligations, they sometimes go to jail. As I noted in the Times-Dispatch, “In Mahoney v. Mahoney (2000), the Virginia Court of Appeals refused to hear the appeal of a father who had been found in contempt of court for not paying his child support. The court cited his failure to pay for an appeal bond. That requirement to put up an appeal bond can create a Catch-22 situation for parents, because if they are too poor to pay their child support, then they are also too poor to afford an appeal bond.”

These obligations hit the poor hardest. As the Cato Institute’s Walter Olson notes,

A 2007 Urban Institute study of child support debt in nine large states found that 70 percent of the arrears were owed by people who reported less than $10,000 a year in income. They were expected to pay, on average, 83 percent of their income in child support — a percentage that declined precipitously in higher income brackets….Lockups are themselves common: “in 2009, a survey in South Carolina found that one in eight inmates had been jailed for failure to pay child support. In Georgia, 3,500 parents were jailed in 2010.”

In 2002, Murray Steinberg, a member of Virginia’s child-support guideline review panel, told me that a majority of parents jailed in Virginia over child-support were black, even though blacks were only a minority of those ordered to pay child support. This may reflect the fact that black people tend to have fewer prosperous relatives to help pay their arrearages to get them out of jail, and their families tend to have less inherited wealth. Steinberg also described how excessive child-support obligations were driving African-American men into the black market.

Unlike student loan borrowers, who can rely on their college degree to get a good paying job to pay back their loan, working class people with child support obligations sometimes lose even the ability to get to work. Very often, people’s driver’s licenses are suspended when they are behind on their child support payments. That leaves them even less able to work and pay their child support. The Abell Foundation cited research finding that

Poor people are forced to pay support obligations they can’t afford, that are especially unreasonable after a drop in income. Often, people get behind on their child support because they previously lost their job. The Urban Institute noted years ago that only 4% of noncustodial parents managed to get their monthly child support payments reduced when they lost their job, even though jobless people can’t afford to pay as much as people with jobs. Their unpaid child support just grows and grows, leading to them losing their driver’s license and access to most potential jobs. Low-income people with cars have access to 30 times as many jobs as low-income people dependent on public transit, noted transportation expert Randal O’Toole of the Cato Institute.

Child support obligations are often set too high to begin with. When California commissioned the Urban Institute to investigate why parents were often behind on their child support, it reported that the number one reason for arrearages was that “orders are set too high relative to ability to pay.”

By contrast, Biden is forgiving student loan debt of wealthy professionals who can afford to live well even after paying their student loans. As Greg Price notes, “Only 37% of Americans have a 4-yr college degree, only 13% have graduate degrees, and a full 56% of student loan debt is held by people who went to grad school. Biden’s plan to cancel it would be like taking money from a plumber to pay the debt of a lawyer.”

Biden’s student loan plan could cost over a trillion dollars, according to analysts at the University of Pennsylvania’s Wharton School, taking into account changes made by Biden to income-driven repayment plans.

Biden’s action also may be illegal. As the College Fix notes, “An analysis from the Texas Public Policy Foundation concluded that an executive order bailout is likely illegal. Alan Dershowitz, professor emeritus at Harvard Law school, has also said that a student bailout through executive action would be illegal.”

(Note: I am not divorced. And neither I, nor any family member, has any child-support or alimony obligations). 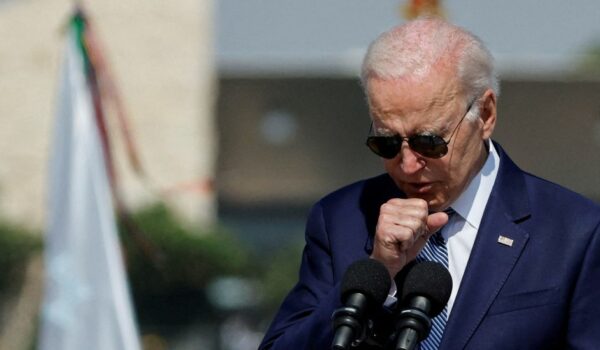