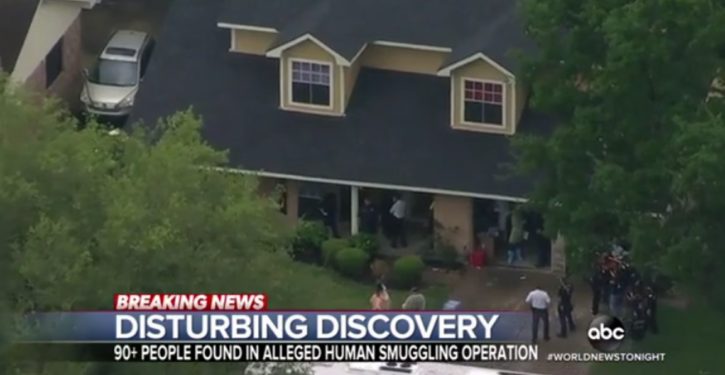 When it comes to gauging the country’s economic health, the media usually focuses on indicators like gross domestic product (GDP). But those broad metrics don’t always capture people’s ability to meet their basic needs — food, clothing and shelter. Even though GDP has been declining for the last six months, the real alarm bell that should be ringing concerns the electorate’s inability to afford a place to live, something the discontented voter will not take lightly.

Since Joe Biden became president, prices have risen dramatically for clothing (7.3%) and food (13.7%), according to the Consumer Price Index. But those increases pale in comparison to how much home prices and rents have skyrocketed over the same period. (RELATED: ANTONI: Make No Mistake About It, Biden’s Student Loan Plan Is A Handout For The Elite)

Home prices are up 29.4% under Biden, and rents have risen 24.6%. While rent prices are relatively straightforward, mortgage payments are a combination of factors, chiefly home prices and interest rates. As the Federal Reserve pushes up interest rates to fight inflation, the average monthly mortgage payment has exploded, increasing 81.7% for a typical loan with a 20% down payment.

Yet the same Fed that is now hiking rates to fight inflation was a key contributor to inflation’s growth. It was the Fed that acted as the personal financing arm of a spendthrift Congress and White House, creating trillions of dollars out of nothing, and causing prices everywhere to rise. But the Fed played a particular role in accelerating home prices.

The Fed has added over a trillion dollars of mortgage-backed securities (MBS) to its balance sheet, thereby infusing cash into the economy while also buoying the housing market. But the buying spree of MBS has driven up demand for those financial derivatives — and therefore demand for the underlying asset, mortgages.

That fueled demand for homes and pushed mortgage rates to record lows. The result was home prices went to the moon.

All that changed when the Fed stopped its buying spree and announced it would reverse course to fight the very inflation that it helped cause. Now that the inflation-fueled sugar rush is over, the housing industry has fallen into recession, as sentiment among home builders collapses, new housing construction plummets and both sales and prices of existing homes begin to decline.

The chaos in the housing market has been driven by reckless policy at the Fed, Congress and the White House. With exorbitant home prices, falling real wages and rising interest rates, homeownership affordability has tanked 35% under Biden. Real disposable incomes have also declined by 11.1%, so consumers have less purchasing power with which to buy more expensive housing — a double whammy.

It’s unclear that Washington will stop meddling in the housing market and provide relief anytime soon. Despite saying it would begin normalizing the balance sheet, the Fed essentially only stopped buying MBS (the level has been flat for four months) with current holdings at 99.5% of their record high set in April. The Fed continues keeping home prices artificially high while also hiking interest rates, a lose-lose combination for potential homebuyers in the middle class.

If American families are unable to afford one of their necessities, shelter, then that does not bode well for the party in power. Just as the troubled housing market helped spell doom for Republicans in the 2008 elections, Democrats could be on the receiving end this time around.

The GOP failing to make political hay over this issue (as their opponents did in ’08) is an implicit favor to Democrats, but that still may not save the latter from voters’ vengeance in November.

E.J. Antoni is a research fellow for regional economics at the Heritage Foundation’s Center for Data Analysis and a Senior Fellow at Committee to Unleash Prosperity.