The president of the American Historical Association recently attached an apology to a recent article in which he criticized certain narratives about slavery, including Nikole Hannah-Jones’ 1619 Project [as factually inaccurate].

Highlighted with excerpts such as “This new history often ignores the values and mores of people in their own times” and “This is not history; it is dilettantism,” James Sweet’s piece “Is History History?” offers up critiques of political correctness in history…For example, Sweet mentions a trip to an old slave depot in the country of Ghana…The tour’s guide [falsely] “claimed that ‘Ghanaians’ sent their ‘servants’ into chattel slavery unknowingly [and] made no reference to warfare or Indigenous slavery”…He also notes how the film The Woman King suggests the west African kingdom of Dahomey was opposed to the European slave trade — but in fact “promoted it.”

Nevertheless, just two days later Sweet added an apology to the top of his piece noting he was sorry how he “alienated some of [his] Black colleagues and friends”:

My September Perspectives on History column has generated anger and dismay among many of our colleagues and members. I take full responsibility that it did not convey what I intended and for the harm that it has caused. I had hoped to open a conversation on how we “do” history in our current politically charged environment. Instead, I foreclosed this conversation for many members, causing harm to colleagues, the discipline, and the Association. …

I am deeply sorry. In my clumsy efforts to draw attention to methodological flaws in teleological presentism, I left the impression that questions posed from absence, grief, memory, and resilience somehow matter less than those posed from positions of power. This absolutely is not true. It wasn’t my intention to leave that impression, but my provocation completely missed the mark.

Sweet concluded by saying he hopes to “redeem” himself and that he is “learning and listening.”

The New York Times 1619 Project that he criticized contained grotesque factual errors. As historian Phil Magness notes, the 1619 Project was more a political project than a historical one, and few of its writers had any expertise in what they were writing about: “There were only 2 historians in the original 12 feature essays of the 1619 Project. Neither of them are experts in the period in which slavery existed from 1619-1865.”

As Education Week notes, “historians have criticized important elements of the 1619 Project.” It made false claims about America’s origins, says Timothy Sandefur, author of a widely-acclaimed biography of Frederick Douglass. The 1619 Project claimed that “the moment [America] began” was in 1619, when 20 enslaved Africans were brought ashore in Virginia and sold. This incident, the 1619 Project said, “is the country’s very origin.” Although the nation’s “official birthdate” came in 1776, the 1619 Project claims that it was really “out of slavery—and the anti‐​black racism it required” that “nearly everything that has truly made America exceptional” grew.

This claim about America’s origins is so wacky that it has been rejected as false by historians of every ideological stripe — not just liberals and conservatives but even socialists. “Despite the pretense of establishing the United States’ ‘true’ foundation, the 1619 Project is a politically motivated falsification of history. It presents and interprets American history entirely through the prism of race and racial conflict,” notes the World Socialist web site, citing historians across the political spectrum.

In reality, the American colonies were first settled in 1607, before any slaves arrived on America’s shores. More importantly, some of the principal colonies, such as Massachusetts (the birthplace of the American Revolution), did not depend upon slave labor, and abolished slavery soon after American became independent. Moreover, America’s most prosperous and populated states were not slave states. The northern free states were much more populous and economically advanced than the southern slave states, which is why the south lost the Civil War. 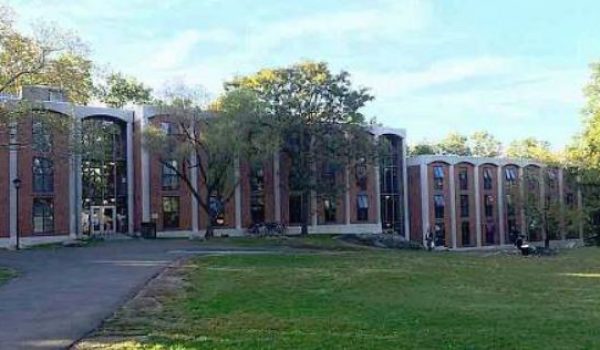