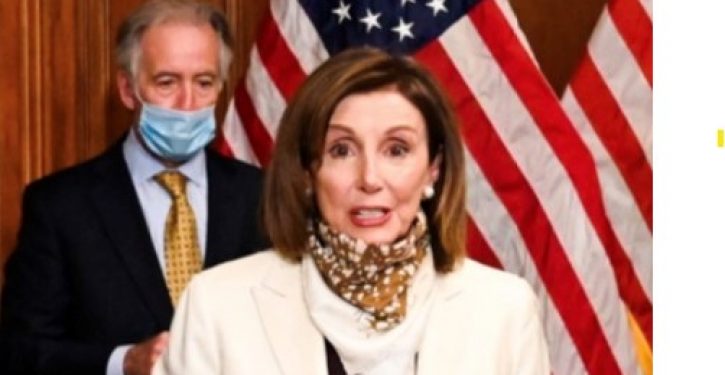 There’s a deep disconnect between regular people and Beltway elites who are far removed from everyday suffering. No matter how Democrats will positively spin the slight drop in painful consumer price inflation announced today (from 9.1% in June to 8.5% in July), Americans are enduring a national pay cut due to wage growth that is far below inflation.

Real average hourly earnings fell 3.6% from July 2021 to July 2022, according to the Bureau of Labor Statistics. With a nearly 4% pay cut, it’s no wonder Americans are loading up on credit card debt, at a record not seen in 20 years, to pay for this inflation. (RELATED: HICKS: Democrats Are Rolling Out Yet Another Bidenflation Scam)

The energy index rose 32.9% over the last year, and the food index increased 10.9% – both are the largest 12-month increases in over two decades. Americans already can’t afford the things they need by the end of the month, but Democrats’ answer is to make matters worse.

The disconnect between the ruling class and voters is blatantly evident in the so-called “Inflation Reduction Act.” This $768 billion tax-and-spend bill will not reduce inflation and is projected over the next 10 years to cut employment by 900,000, shrink annual GDP by 1.2% and slash average household income by roughly $1,200. Those estimates by University of Chicago economics professor Casey B. Mulligan also included a forecast that the bill will likely “significantly increase the federal deficit” and “add to inflation by reducing the aggregate supply of goods and services.”

Translation: Democrats want to address Americans’ suffering by chopping family pay, cutting jobs and hiking inflation further. The House is set to adopt this monstrous bill on Friday after it was rammed through the Senate following backroom deals on Saturday.

Scholar Ruy Teixeira is sounding the alarm to his fellow progressives about this elite disconnect — though his warnings fall on deaf ears. Teixeira just left a long stint at the Center for American Progress (CAP), a leftist think tank, to join the right-leaning American Enterprise Institute (AEI). He noted in a recent article:

… Hard work and determination are no guarantee of success for most people vs. Most people who want to get ahead can make it if they’re willing to work hard. Strong progressives don’t evidence much faith in upper mobility, endorsing the first statement on the questionable efficacy of hard work by 88-12. Hispanic voters, on the other hand, embrace the view that hard-working people are likely to get ahead by 55-39, as do working class voters by 55-40.”

Everyday citizens are not cynical about our country’s place in the world, and they are willing to work hard. It’s a deep shame that progressives would rather punish work and subsidize profligacy while ignoring Americans’ inflationary plight.

A Few Questions for the Woke
Next Post
EV Maker Rivian Reports Huge Losses Due To Inflation, Supply Chain