There seems to exist a widespread, almost caricatural belief among Anglo-American conservatives that the European Union is a bastion of ultraprogressive politics, a benighted Soviet Union of Europe. Brexit was largely framed as a conservative revolt against the EU, even if the revolt in question seems doomed (the majority of Britons now endorse re-joining and the majority of Scots now demand independence). Today, we ask a crucial question: does this Anglo-American belief survive scrutiny?

The answer is: No. No. No. The high courts of the Council of Europe and the European Union, i.e. the European Court of Human Rights (ECtHR) and the European Court of Justice (ECJ), are more conservative than the Supreme Court of the United States about almost every political and polarizing topic: immigration, abortion, gay marriage, racial affirmative action, gender politics, religion. The objective of this essay is not to choose sides in any of the legal disputes mentioned herein but to draw general inferences. [Note: This blog post was written in January, before the U.S. Supreme Court issued its abortion ruling overturning Roe v. Wade.]

Let’s start with immigration, a topic which galvanized Brexiteers. The European Court of Human Rights is no stranger to dismissing complaints from migrants and asylum seekers. Two relatively recent Grand Chamber judgements to that effect are N.D. and N.T. v. Spain (2020) and M.N. and Others v. Belgium (2020). Likewise, the European Court of Justice has carefully calibrated immigration law in rulings like VW v Agence fédérale pour l’Accueil des demandeurs d’asile (2021). The executive branch of the EU wants to ensure that migrants crossing the borders of Belarus are “safely returned to their country of origin.” While it is beyond the scope of this essay to exhaustively compare the canons of American and European immigration law, we should perhaps note that the number of illegal immigrants in the European Union is much lower: <1% of the population in Europe compared to 3-4% of the population in America. This is despite the fact that no European nation risks losing its native majority via immigration, while White Americans are expected to constitute less than half of the population by 2050.

What about gay marriage and abortion, issues that are so near and dear to social and religious conservatives? Under American law, abortion on demand has been permissible for decades as per Roe v. Wade (1973) and gay marriage is also legal on a federal scale as per Obergefell v. Hodges (2015). The European Court of Human Rights, however, has refused to impose a supranational mandate on gay marriage in Schalk and Kopf v. Austria (2010) and rejected the argument that abortion on demand is an inalienable human right in a Grand Chamber ruling, ABC v. Ireland (2010). (Abortion is nevertheless legal in many if not all EU member states, albeit with gestational limits).

Next comes gender politics. It is no secret that MRAs (men’s rights activists) are generally closer to the conservative end of the political spectrum, albeit with some caveats. The high courts of Europe are remarkably protective of men’s rights. The Strasbourg court has delivered many such verdicts before, such as refusing to grant a single mother sole custody in a Grand Chamber judgement: X v. Latvia (2013). Perhaps the most famous ruling of this kind is Markin v. Russia (2012), which involved protracted legal warfare between Russia and Europe to protect the rights of Russian fathers. A more recent ruling in the same vein is Uzbyakov v. Russia (2020), involving the rights of a biological father who was denied paternity rights. According to a 2008 paper, “most challenges [before the Strasbourg court] in relation to sex discrimination have been brought by men” (p. 844). ECtHR also discourages abuse of the judicial system by offering modest damages to victims of sexual discrimination and harassment. Compared to Title VII and Title IX verdicts/settlements in the United States that cost taxpayers millions of dollars, ECtHR offers damages that are generally in the range of tens of thousands of euros (i.e., granting €50,000 in a posthumous judgement to a woman murdered by her husband, in Civek v. Turkey (2016)). A reasonable person can argue that this supranational legal shield is the reason why #MeToo has failed to penetrate into continental Europe. As for the Luxembourg court, it has issued landmark rulings that (exempli gratia) censure discrimination against men by striking down insurance policies that charge men more in Association belges des Consommateurs Test-Achats ASBL v. Conseil des ministres (2011) and by condemning Poland for lowering the retirement age of women (and women only) in European Commission v. Poland (2019). We should also note that the EU has developed robust jurisprudence for the rights of prisoners (the majority of whom are male) and prohibited the death penalty (the overwhelming majority of executees being male).

The European Union is routinely characterized as a secular project. This is true to a great extent, but the high courts of Europe are arguably more sympathetic towards Christian principles than American courts. ECtHR refused to outlaw blasphemy laws that offended the religious sentiments of Christians in rulings such as Otto-Preminger-Institut v. Austria (1994), in contrast to American verdicts like Joseph Burstyn, Inc. v Wilson (1952). The Strasbourg court upheld a Turkish ban on the Islamic headscarf in Leyla Sahin v. Turkey (2005), while the US Supreme Court decreed such bans illegal in EEOC v. Abercrombie & Fitch (2015). ECtHR is also aggressively protective of the rights of Christian minorities in rulings like Cyprus v. Turkey (2001) and Patriarcat Œcuménique c. Turquie (2008). And finally, ECtHR was dismissive of attempts to remove references to God from the presidential oath of Ireland in Shortall and Others v. Ireland (2021).

It is difficult to think of a topic where American law is more conservative than European law. While the US Supreme Court repeatedly upheld racial affirmative action in rulings like Grutter v. Bollinger (2003), there is no right to racial affirmative action under EU law: as explained in a 2011 article, p. 832, “the positive action programs in the EU are referred exclusively for women (i.e. not racial minorities).” And while affirmative action for women does exist under EU law, it is arguably narrower in scope given ECJ’s Kalanke v. Freie Hansestadt Bremen (1995) ruling. Kalanke prohibits employers from automatically giving priority to women, even in fields where there are fewer women than men. European law prohibits viewpoint discrimination and upholds freedom of speech in rulings like ECtHR’s Redfearne v. the United Kingdom (2012) (which rebuked the dismissal of a white nationalist and reinstated him into his job).

Britain’s departure from the European Union and the Council of Europe will thus weaken protections for conservatives in general and male rights in particular. It is asinine at best and perfidious at worst to define the United Kingdom’s quasi-exit from the jurisdiction of the Strasbourg Court as escaping “wokery” and “cancel culture.” 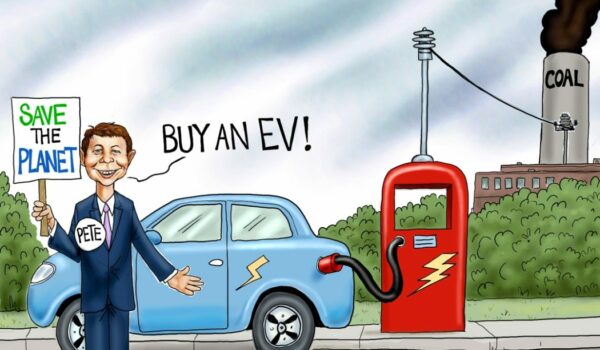