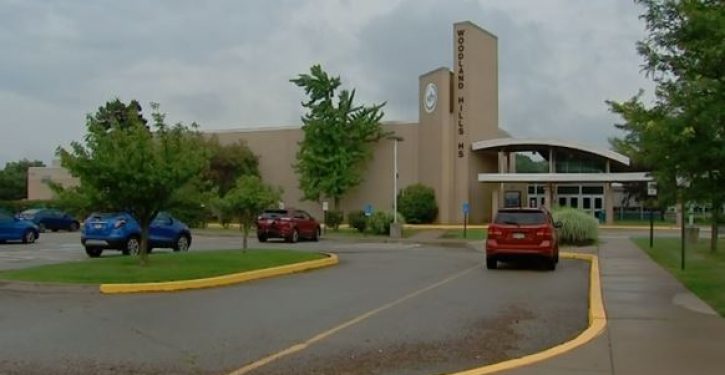 School attended by T.F. and the girls who tormented him. (Image: WPXI video screen grab)

Since Salvador Ramos’s mass killings in Uvalde, Texas, there’s been an outpouring of sentiment that can be summarized as “This Has To Stop!”  The random slaughter of children is one of the worst crimes anyone can imagine.  The overwhelming truth – that those kids didn’t deserve to die – screams for a solution to the problem of mass killings.

But here’s another overwhelming truth: We Don’t Mean It.  It doesn’t Have To Stop, and it won’t.  As distraught as we are (and we truly are), our lawmakers and policy makers, most of the news media, the majority of pop culture and many, many everyday people accept, whether consciously or not, the absolute certainty that, at some point in the not distant future, some young man will walk into another school, super market, night club, etc. and murder as many people as he can.

How can I say such a thing when so many are so palpably agonized over the Uvalde slaughter?  It’s simple.  I say it because essentially no one even considers the source of the problem, preferring to recycle their tired, incompetent talking points.  They speak nonsense.  It is nonsense because, even as they intone their mantras, the most effective approach to the problem is well known and right under our noses.  They could do many obvious things that, in time, would reduce the number of mass killings in this country, but they don’t.  And they won’t.

I refer of course to our entirely self-inflicted crisis of masculinity.  As Dr. Warren Farrell, perhaps the single most knowledgeable person in the world about issues besetting men and boys, wrote in his indispensable book The Boy Crisis, “Our daughters live in the same homes with the same access to the same guns, video games and media and are raised with the same family values.  Our daughters are not killing.  Our sons are.”  Indeed.

For most of history, we avoided denigrating males as males.  We rightly criticized them individually for their bad behavior, but not for their sex.  If they thought about it at all, most people probably understood the value of men to their families and society generally.  With everything men have given humanity, how could they not?

But then came the extremists of second-wave feminism that never managed to promote women’s legitimate needs without also assailing men as men.  They could have, but they didn’t.  Those feminists enthusiastically recruited government to their cause and government, always eager to arrogate more power to itself, smiled its Joker smile and responded.

Did they want to more easily divorce their husbands, retain their children, much of his income far into the future and most of the family’s assets?  State legislatures duly changed their laws and instructed judges accordingly.  Did radical feminists claim, against all the evidence, that men needed strict policing because they, but not women, committed domestic violence?  State and national legislatures fell into line.  Did those same feminists claim there was an epidemic of rape on campus?  State legislatures responded with expanded definitions of rape and tossed aside statutes of limitation. Did those feminists claim that schools were inhospitable to girls?  State educational bureaucracies happily altered classrooms, curricula and teaching methods designed to suit girls and bore boys to distraction (Sommers, The War Against Boys).

Since at least the mid-1970s, our society and culture have been amazingly anti-male in innumerable ways and show no signs of easing up.  Today, a couple of generations of Americans know no other way to be.  Pop culture that’s shot through with hostility toward men, boys and masculinity, is simply a given to them.

By now, it’s not just feminists and governmental officials who are so virulently anti-male; the disease of misandry has spread to all corners of the culture.  Now, some parents don’t want male offspring (Farrell, The Boy Crisis).  Parents read less to their sons than to their daughters and punish them more harshly.  When they start school, boys are sometimes graded more strictly than their female classmates.  If boys behave like the rambunctious children they so often are, they learn that their behavior is a psychological disorder warranting medication.  They hear early on that The Future is Female, that masculinity is toxic and, once they’re in high school, that their sexuality is violent and oppressive.  Paradoxically, they’re also told, if they’ve managed to achieve anything of worth, that doing so is not a result of merit, but of “male privilege.”

If he makes it to college, a young man quickly learns that the rules on interaction with female classmates are heavily weighted in favor of her and against him.  Essentially any romantic interest displayed by a male student can be called sexual harassment, sexual assault or rape and become cause for expulsion or other punishment.  He’ll learn that the process established by the institution and mandated by the federal government for adjudicating those claims all but guarantees a finding of fault by him and that it was set up that way for precisely that reason (2011 “Dear Colleague Letter” from the Department of Education to all colleges and universities).

Once he goes to work, he’ll find that the same or similar rules apply.  He can be fired for even consensual sexual behavior, even if he’s at the top of the heap of power and influence.  If he commits an actual crime, he’s punished more severely than a woman who did the same.

Then there’s divorce court, about which our young man may well know a lot.  His mother may have divorced his father and excluded Dad from his son’s life, casting the boy into the abyss of fatherlessness from which few return unharmed.  For decades we’ve accumulated information proving to a certainty that children do better with both parents in their lives than just one, but mental health professionals and state bar associations vigorously oppose teaching family judges those basic facts.  The result being that, over 30 years, the sole/primary-mother custody rate has come down barely five percentage points (U.S. Census Bureau), domestic violence restraining orders are handed out like candy on Halloween and parental alienation is routinely ignored and its very existence widely denied.

Does a man even have the basic right to know he’s fathered a child?  He does not.  No jurisdiction anywhere requires a woman to perform the simple act of informing the man of that vital fact.  Not one.

About 40% of children in the U.S. are born to single women.  In 32 states, those women who want to place the child for adoption are under no obligation to inform the father should he desire custody.  Neither are the adoption courts that rule on the matter.  If a mother is abusive or neglectful of a child, state child welfare officials routinely refuse to even attempt to contact the father as a possible placement (2006, Urban Institute).  Federal law pays rich bounties for children taken into state care and then adopted, so why involve Dad who could potentially occlude the money pipeline (1997, Adoption and Safe Families Act)?

In short, essentially all of family law and practice make the sidelining of fathers easy and often the preferred option.  In case fathers don’t get the message, pop culture is there to make sure they understand their degraded position as one part Homer Simpson and one part Vlad the Impaler.  Unsurprisingly, one-third of children in the U.S. have no contact with their father (Farrell, The Boy Crisis).

We knew all along that fatherlessness and the wholesale denigration of males couldn’t end well.  Well, guess what.  It hasn’t.

I’ll say more about that next time.  Until then dear reader, understand one thing: the mass slayings will continue.  That’s because our uniform public policy of sidelining fathers and denigrating men and boys, not for what they do but for what they are, will also continue.  Until we admit what we know and start to change, however much we cry to the heavens about the unspeakable tragedy in Uvalde, Texas, on a far more important level – the level of what we do, not what we say – we’re OK with it.  It’s a hard truth, but truth it is. 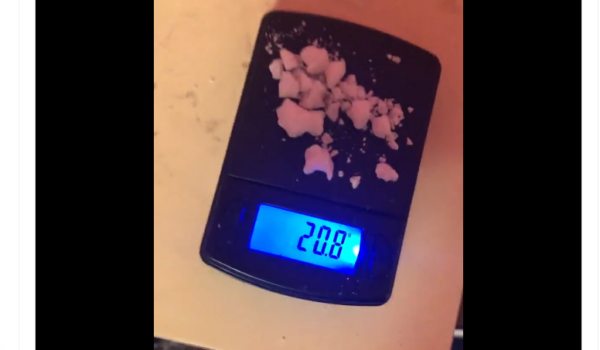 Hunter Biden Hasn’t Been Charged For Same Crimes Others Are Facing Up To 10 Years For
Next Post
Man Who Allegedly Tried To Stab Rep. Lee Zeldin Let Out Of Jail