Poor countries will suffer massive food shortages due to Russia’s war with Ukraine, which has cut off grain exports from Ukraine. Meanwhile, the world’s second biggest food exporter, the Netherlands, is planning to restrict farming in the name of protecting the environment, which will gravely damage the Netherlands’ highly efficient agricultural sector, and cut the number of livestock by an estimated 30%.

Snyder, a Levin professor of history at Yale University, pointed to Russia’s ongoing blockade of Ukrainian grain, which shows no signs of stopping. Ukraine is a major global producer of grain, supplying mainly Middle Eastern and Asian countries.

Snyder argues that Putin’s plan is not only to destabilize Ukraine by cutting off exports but also destabilize the European Union by generating “refugees from North Africa and the Middle East, areas usually fed by Ukraine.”

“When the food riots begin, and as starvation spreads, Russian propaganda will blame Ukraine, and call for Russia’s territorial gains in Ukraine to be recognized, and for all sanctions to be lifted,” Snyder concluded.…

The United Nations is currently negotiating with Russia to allow Ukraine to export its grain supplies, which are currently backlogged. The loss of exports from the country has already exacerbated food shortages in some areas of the world.

The U.S. is deeply skeptical of Russia’s intentions in the negotiations, however, given the Russian military’s repeated targeting of such food supplies.

Russia is currently holding a blockade on Ukraine’s port of Odesa, causing a backlog of roughly 20 million tons of grain.

People are starving to death in places like Somalia, where malnutrition wards are overflowing, due to the surge in food prices since Russia’s invasion of Ukraine.

In response to a court ruling telling the Dutch government to slash nitrogen emissions, the Dutch government is requiring a 50% cut in nitrogen emissions by 2030. That is effectively a deadline for phasing out nitrogen-based fertilizers. Those fertilizers are much better for growing crops than biofertilizers like manure. Nitrogen expert Wim de Vries, a professor at Wageningen University, doubts that the 2030 deadline is realistic.

As Michael Shellenberger notes, Dutch agriculture is not using excessive amounts of fertilizer: Its “fertilizer use hasn’t increased since the 60s even as yields have doubled. In other words, Netherlands is a massive farming ‘success,’ not failure.” (Shellenberger was  a Time Magazine “Hero of the Environment” in 2008).

Farmers have responded with massive protests to the Dutch government’s planned curbs on farming. The Associated Press reports:

Bales of hay lie burning along Dutch highways. Supermarket shelves stand empty because distribution centers are blocked by farmers. Then, at dusk, a police officer pulls his pistol and shoots at a tractor.

Dutch farmers are embroiled in a summer of discontent that shows no sign of abating. Their target? Government plans to rein in emissions of nitrogen oxide and ammonia that they say threatens to wreck their agricultural way of life and put them out of business.

The reduction targets could radically alter the Netherlands’ lucrative agriculture sector, which is known for its intensive farming, and may also foreshadow similar reforms — and protests — in other European nations.

The country of Sri Lanka recently destroyed its economy by doing what Power wanted: restricting fertilizers. Last year, Sri Lanka’s government banned fertilizer imports and told the nation’s farmers to practice organic agriculture instead. The result was a “man-made” food crisis as crop yields shrank and farmers stopped planting. The country went broke, and ran out of fuel. In its cities, deadly riots took place as people ran out of food and gasoline, and the President and Prime Minister were forced to resign.

Mahinda Samarawickrema, 49, will not be planting paddy this season. After a government ban on chemical fertilisers cut his rice yield in half during the March harvest, the farmer, who owns eight hectares (20 acres) of paddy and banana, said he no longer has the income to maintain a farm. Especially as his banana crop also looks set to fail.

“It’s a total loss,” the father of five said in mid-April, standing in a field of stunted banana trees in Sri Lanka’s southern Hambantota district…By this time of the year, most of Samarawickrema’s trees should be twice their height and in bloom, but only a few of the 1,300 trees in the weed-strewn fields have any flowers. The farmer says he used to get up to 37,000kg (81,571 pounds) of bananas a year, but this time, he expects only 6,000kg (13,228 pounds). “Everything has collapsed,” he said…..Most smallholder farmers in Samarawickrema’s Walsapugala village also say they will not be irrigating their fields in the current growing season….They say the fertiliser ban induced crop failures make farming untenable….most smallholder farmers…in key agricultural regions in the north…are also halting operations this season.

That could leave Sri Lanka, which is already grappling with shortages of imported foodstuffs amid its worst-ever economic crisis, facing widespread shortages of domestically grown and produced food, too….President Gotabaya Rajapaksa’s drive to make the country the world’s first to fully adopt organic agriculture – by banning all synthetic agrochemicals, including fertilisers and pesticides – has proved disastrous for Sri Lanka’s food security…the ban was imposed overnight in May of last year. The country’s 2 million farmers, … who until then were dependent on subsidised chemical fertilisers, suddenly found themselves left to their own devices…The result has been a dramatic fall in agricultural output …. a drop of between 20 to 70 percent, depending on the crop. For rice, a staple of the Sri Lankan diet, output fell by between 40 and 50 percent nationwide. 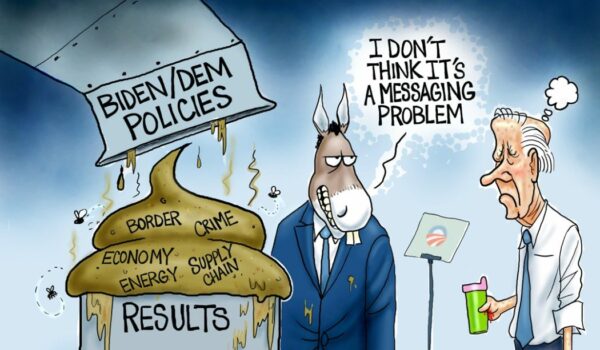 Cartoon of the Day: Proof is in the Pudding
Next Post
‘Worst Diarrhea Of My Life’: Starbucks Yanks New Chicken Sandwich 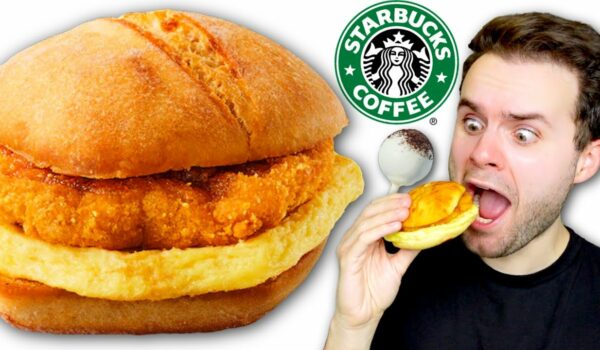