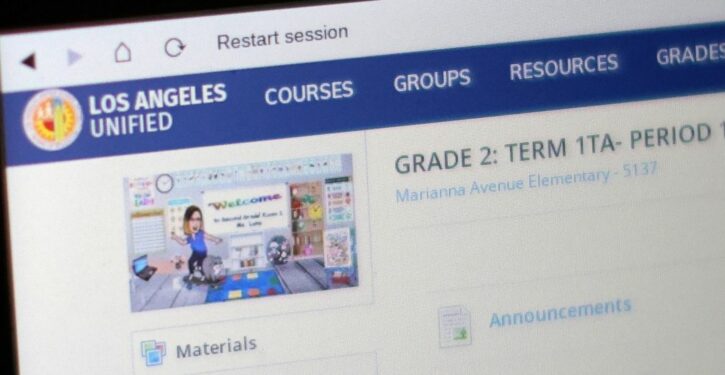 Those who argue that Critical Race Theory (CRT) is a conservative hallucination need look no further than Los Angeles to see that the Right is right — yet again.

The 600,000-student Los Angeles Unified School District (LAUSD) is using taxpayer dollars to train government teachers and staff members to instruct boys and girls that meritocracy, success, and hard work are all “white.” So, logically, if you are black, then kakistocracy (rule by the worst), failure, and sloth are just your cup of tea.

This is vile, repugnant, racist garbage. (RELATED: MANNING: The Biden Admin’s Title IX Rule Should Be Stopped Dead In Its Tracks)

Documents unearthed by Fox News Channel’s Jessica Chasmar confirm that this “implicit/unconscious bias training” is guided by University of California, Los Angeles professor Tyrone Howard. It contends that “Whiteness” “incorporates an anti-Blackness ideology which demonizes that which is furthest from White.” Also, “Individualism” “operates from a survival-of-the-fittest approach that stresses singular pursuit and accomplishment.”

When I was in the LAUSD, from kindergarten through grade 12 (1969 – 1982), it did not peddle this sludge. Instead, teachers, counselors, parents, and everyone else encouraged all kids — regardless of race — to focus, learn, strive and, thus, prepare for prosperity in this land of abundance and opportunity.

Forty years later, my old school system tells black kids that if they believe they can rise by doing their homework, studying hard and reaching for riches, then they are acting white.

America’s second largest school district has incubated the self-inflicted cancer of the “acting white” syndrome — which plagues too many black kids who value intelligence — and injected it into the curriculum.

In short: CRT holds blacks down.

This Democrat-promoted concept is beyond reprehensible. Come November, this is one more reason why Americans, starting with blacks, need to stop voting for Democrats.

These training materials urge dismantling the “myth of meritocracy” and fighting “microaggressions” — among them: “Everyone can succeed in the society if they [sic] work hard enough.”

According to these lesson plans, the microaggressors who would express such ugliness must be confronted with the question: “So you feel that everyone can succeed in the society if they work hard enough. Can you give me some examples?”

Each of these individuals was born in the U.S., worked hard, and succeeded. Aside from the mixed ethnicity of some, there is nothing “white” about them. They all made it here while being looked at as black and never running from their “blackness.”

Tens of millions of other blacks have yet to achieve such fame and fortune. Regardless, they own shops, fly planes, cure patients, fix computers, construct houses, cultivate crops and otherwise flourish through talent and diligence.

Those who parrot the filthy lie that blacks cannot soar in America through industriousness because they lack “whiteness” are the most repugnant, dangerous and evil racists around.

The CRT advocates who pump this unfiltered sewage into the curriculum in Los Angeles and beyond deserve to be utterly disempowered. Let’s hope the voters do this in November. 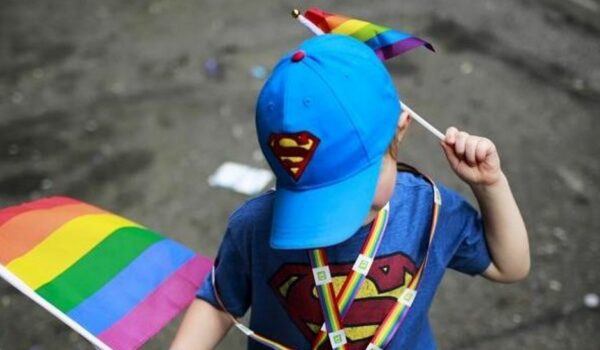