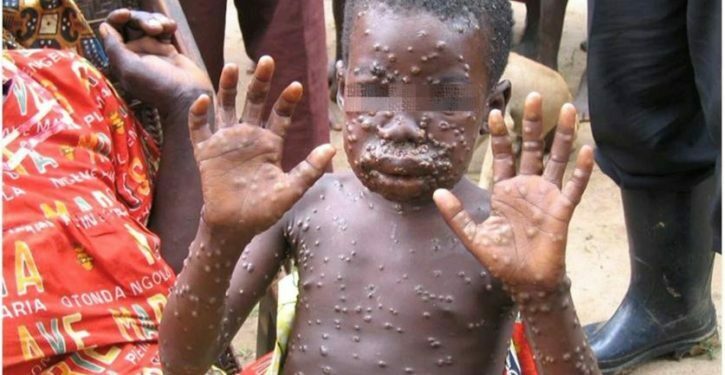 “The U.S. may be losing the fight against monkeypox, scientists say…weaknesses in the public health system are giving the virus a chance to become entrenched” in America permanently, reports the New York Times:

The first cases of monkeypox were reported in May, but tests will not be readily available until sometime this month. Vaccines will be in short supply for months longer. Surveillance is spotty, and official case counts are likely a gross underestimate.

There are already at least 700 documented cases in the United States, but experts say the real number is likely to be much higher. There probably will be many more infections before the outbreak can be controlled, if at this point it can be controlled at all.

“Why is it so hard for something that’s even a known pathogen?” asked Anne Rimoin, an epidemiologist at the University of California, Los Angeles, who first warned of monkeypox outbreaks more than a decade ago. “How many more times do we have to go through this?”

With increasing travel and trade, new pathogens will emerge more frequently, Dr. Rimoin said: “We’ve been hitting the snooze button on emerging diseases for decades. The alarm is going off, and it’s time to wake up.”

The obstacles to preparedness are systemic, at every level of government…Even as the coronavirus pandemic drags into its third year, the public health system in the United States remains a hamstrung patchwork…The United States estimated in 2010, for example, that in the event of a bioterrorist attack, 132 million doses of a vaccine for smallpox and monkeypox would be required for those who cannot safely take an older-generation vaccine with harsh side effects. Yet two months after the current outbreak began, the strategic national stockpile holds just 64,000 doses….Monkeypox creates a rash that starts with flat red marks that become raised and filled with pus. Infected people may also have a fever and body aches. Symptoms typically appear in six to 13 days but can take as long as three weeks after exposure to show, and can last for two to four weeks. Health officials say smallpox vaccines and other treatments can be used to control an outbreak….The virus spreads mainly through body fluids, skin contact and respiratory droplets, though some experts suggest that it could occasionally be airborne..

Experts say that the rapid spread of monkeypox across the country and the government’s sluggish response raise questions about the nation’s preparedness for pandemic threats. Tests will not be readily available until later this month and vaccines will be in short supply for months. Official case counts, now in the hundreds, are likely a gross underestimate.

It’s often unclear which agency is ultimately responsible for a particular aspect of the response. The strategic national stockpile used to be under the purview of the Centers for Disease Control and Prevention, for example….

The first missteps in the U.S. response to monkeypox were in testing. As in the early days of the coronavirus pandemic, samples from monkeypox patients are being funneled to the C.D.C. for final diagnosis, a process that can take days. Only recently have tests been shipped to commercial laboratories; one of them began offering testing on Wednesday….

“We clearly identified this as a major mistake that allowed Covid to get its footprint in the U.S. and spread undetected for a month, without any of us knowing,” said Angela Rasmussen, a research scientist at the Vaccine and Infectious Disease Organization at the University of Saskatchewan in Canada.

“And now we’re just doing the same thing all over again, because that’s the way it’s done.”

The C.D.C. should have made testing rapidly available to glean the extent of the outbreak early on, she added: “Our failure to do that has almost certainly allowed the outbreak to become much bigger than it could have been, and now I have serious doubts about whether it can even be contained.”

The Biden administration bungled its response to the monkeypox epidemic, and has not distributed enough vaccines to high-risk people to prevent its further spread. People weren’t tested for the disease, when they clearly needed to be tested. As a result, monkeypox is spreading undetected.

Public health experts are daunted by the spread of monkeypox, which reminds them of how the coronavirus got out of control. It has been like “January 2020 all over again,” says the University of Nebraska’s Lauren Sauer, director of the Special Pathogens Research Network. More than 150 monkeypox cases were identified in the United States over the course of a month, but a far higher number of cases have gone undetected.

The Washington Post said that even “as other nations have ramped up their efforts to track and prevent the spread of infection, experts say the United States has moved too slowly to expand access to monkeypox testing and vaccinate people at highest risk.” And the “plodding U.S. response so far raises doubts about the country’s preparedness for the next pandemic, some administration officials say.” The Post quotes Professor Sauer as saying that “communication about whom to test, when to test them and what monkeypox symptoms look like has been dismal.”

This failure is baffling, because, “unlike the coronavirus, monkeypox has been studied for decades by global and U.S. experts who know the tools, strategies and vaccine protocols that can limit spread.” Yet, testing criteria are “too narrow and have resulted in long waits for testing,” delaying the identification of positive cases, according to officials and physicians cited by The Post.

The government is repeating the same mistakes it committed in the coronavirus pandemic, learning nothing from past experience: “just as in early 2020, when the coronavirus first menaced the United States, federal officials at first limited monkeypox testing to a network of several dozen public health laboratories — and did not authorize thousands of commercial laboratories and hospitals to perform their own testing, too,” reports The Post.

Federal officials “can’t get their act together on testing; the CDC puts out misleading information; commercial laboratories are underutilized in the early effort to spot cases. America ends up flying blind for months about the extent of community transmission until the virus becomes so prevalent that it can’t be contained. It happened with COVID. It’s happening again with monkeypox,” notes Hot Air.

The result is that many monkeypox cases are going undetected, fueling its spread: “Two federal officials involved in the monkeypox response said there are ‘significantly’ more cases across the United States that are being missed because testing for monkeypox had not been expanded beyond the network of public health laboratories,” reports The Post.

“If we don’t move aggressively now, monkeypox is going to be that much harder to eradicate later — or it could even become endemic” in the United States,” said an unnamed administration official quoted by The Post.

Only around 10 monkeypox tests per day were being administered in our whole country earlier this month, even as other nations like the United Kingdom were doing far more tests, a senior official told The Post. Testing would reveal many more cases: known cases in Britain rose nearly 40 percent in the span of just five days in mid-June.

A month ago, a man sought to be tested in New York City after suffering monkeypox symptoms. But he was told by a doctor that he didn’t need to be tested, even though he had recently returned from Portugal, where he had sex with other men. The Post says that “monkeypox has been spreading mostly among men who have sex with men.” A virologist at New York University said he knew of a dozen other cases in which people with apparent monkeypox symptoms were unable to get tested. “The CDC is very narrowly defining criteria for testing,” so “if you don’t check off on every single one of the boxes, based on CDC, you don’t get access to testing,” he said.

As The Post notes, “Public health experts also have criticized U.S. officials for not proactively vaccinating high-risk individuals against the virus, even as other nations have moved more aggressively to do so. Public health experts and activists are clamoring for more-proactive vaccinations in high-risk communities, warning that the outbreak could be amplified as the gay community celebrates Pride Month.” One gay man described how he had “four close contacts” that he would have avoided if only he had been tested for monkeypox.

This is a big problem, because the more people or animals a virus infects, the more chances it has to mutate into something even more contagious. That happened repeatedly with the coronavirus. Now it is occurring with monkeypox, too, according to Newsweek.

For weeks early in the coronavirus pandemic, the Centers for Disease Control and Prevention required that people use only the coronavirus test designed by the CDC itself, not alternative tests, such as those approved by European regulators. The CDC’s own test turned out to be badly flawed. The CDC’s demand for control over testing greatly slowed down detection of the disease. Meanwhile, the CDC and FDA were preventing infectious disease expert Helen Chu from testing samples from many people with symptoms. The FDA refused to approve Chu’s test on the grounds that her lab “was not certified as a clinical laboratory under regulations established by the Centers for Medicare & Medicaid Services, a process that could take months.” FDA regulations thwarted the manufacturing of high-quality masks and respirators during the pandemic. For a long time, the FDA told at-home diagnostics companies to stop coronavirus test roll-outs. As a result, customers didn’t get their results and were told to destroy their test kits. 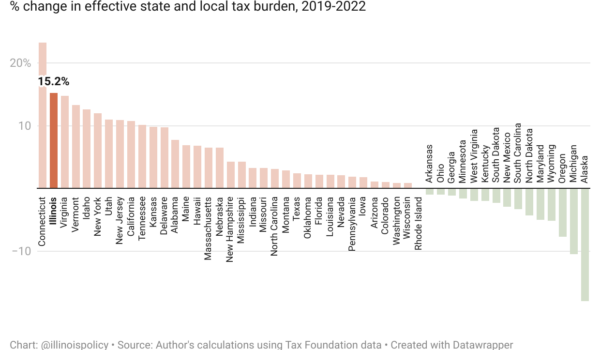 Vote for Kelly Schulz in the Maryland GOP Primary for Governor
Next Post
A Quick, Compelling Bible Study Vol. 121: Miracles in the New Testament