New York Harm Reduction Educators (NYHRE), a part of OnPointNYC, was awarded nearly $400,000 in grant money from the Biden administration in May to further its services for drug addicts, government records show. Biden officials denied reports that the grant money could fund distribution of crack pipes, but a visit to NYHRE’s office revealed that the organization still offers the smoking paraphernalia to addicts.

OnPointNYC operates two drug use sites, one of which NYHRE runs in East Harlem. After spending about 10 minutes on paperwork with basic information Wednesday evening, staff at the facility provided a Daily Caller reporter a smoking kit containing a crack pipe, condoms and lubricant. 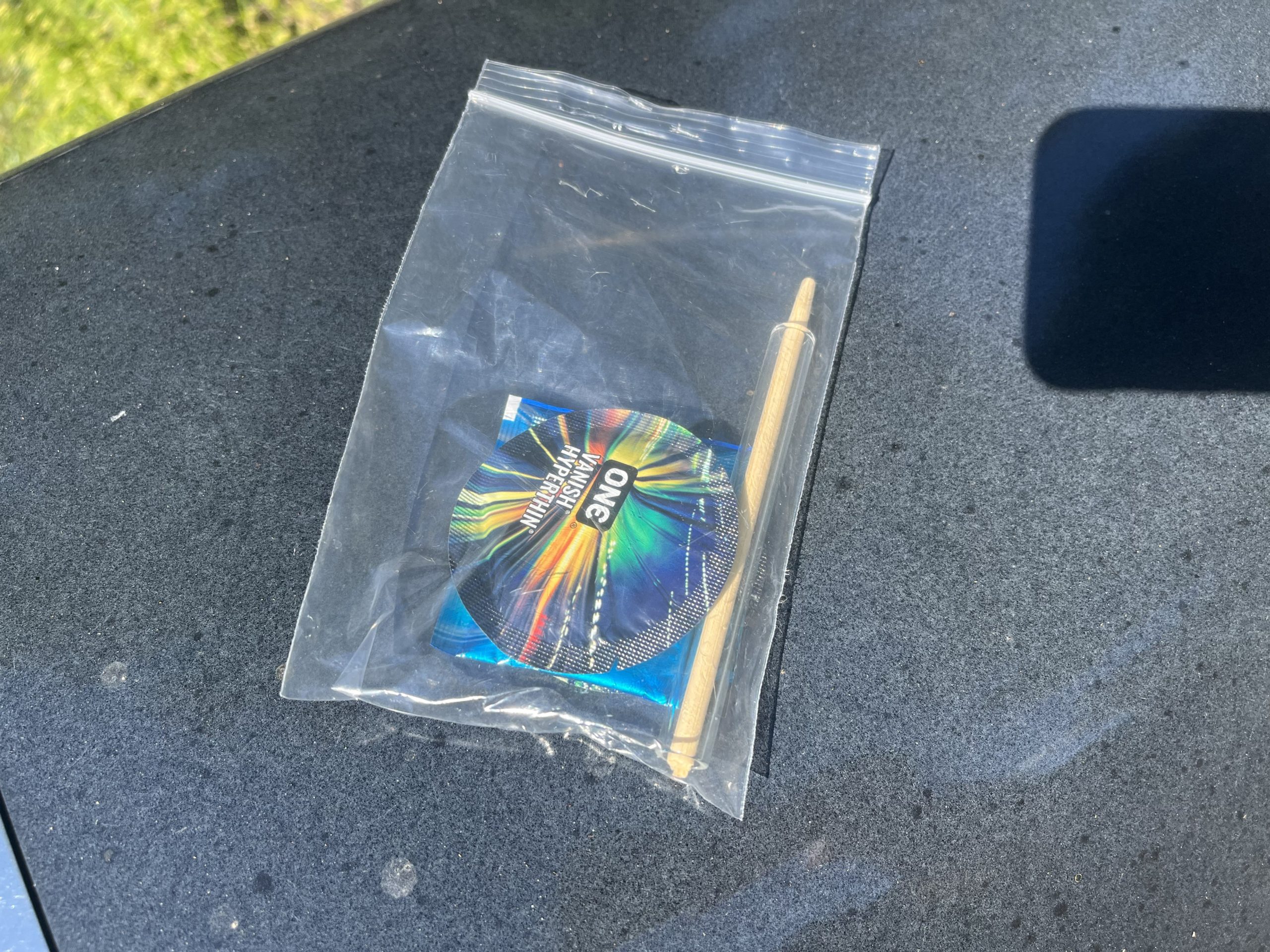 A second Caller reporter returned Thursday and yet again, within minutes, staff provided another crack pipe. A staffer directed the reporter to back rooms for addicts to use drugs under supervision, where the reporter witnessed individuals smoking and injecting various substances.

The reporter, citing claustrophobia, asked if she could step outside to smoke. A staffer denied the request because the facility is located next to a “school.”

The facility is directly across the street from the Association To Benefit Children, a childcare facility for underprivileged kids in the New York area.

In addition to the drug and sex paraphernalia, a staffer at NYHRE gave the Caller an ID card after registering personal information. According to that staffer, an individual caught with drugs by police in the city could show that card to avoid punishment. 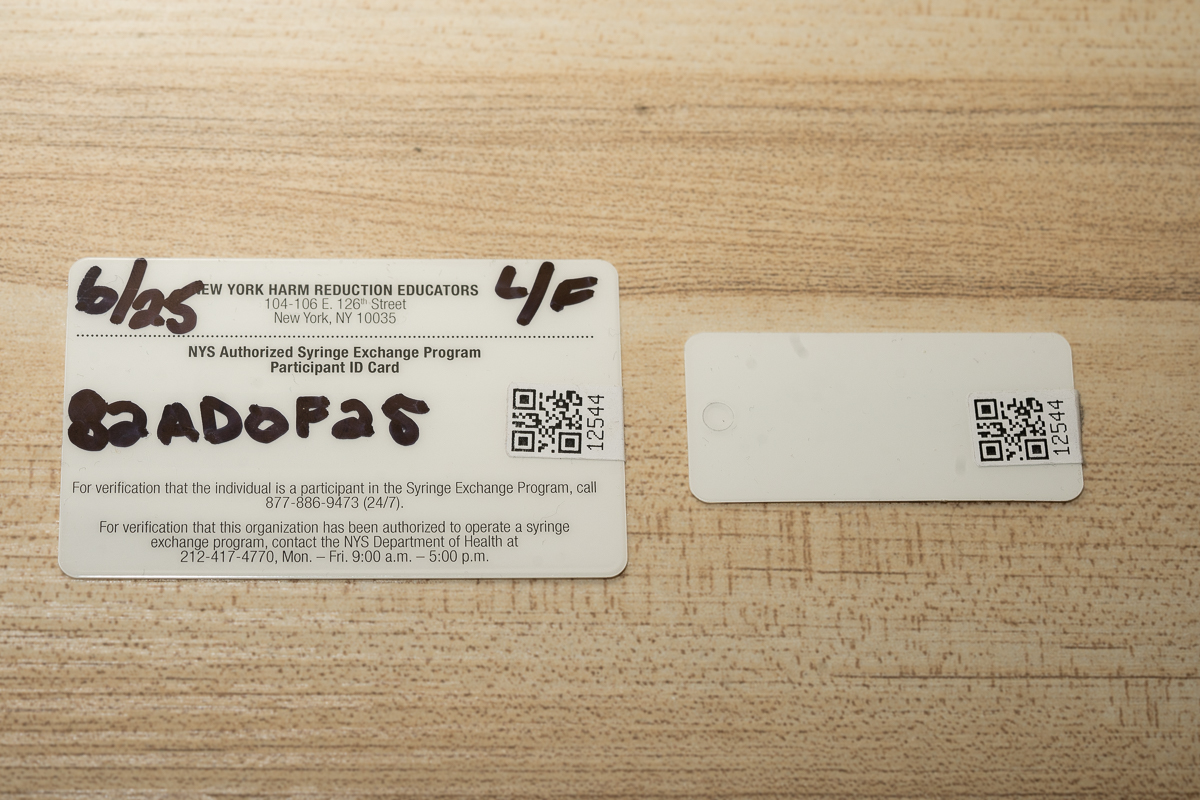 The Biden administration denied in February that it was giving grants to fund distribution of crack pipes, following a Washington Free Beacon report that HHS had closed applications for funding to do so.

“No federal funding will be used directly or through subsequent reimbursement of grantees to put pipes in safe smoking kits,” HHS Secretary Xavier Becerra said in a statement.

“The goal of harm reduction is to save lives. The Administration is focused on a comprehensive strategy to stop the spread of drugs and curb addiction, including prioritizing the use of proven harm reduction strategies like providing naloxone, fentanyl test strips, and clean syringes, as well as taking decisive actions to go after violent criminals who are trafficking illicit drugs like fentanyl across our borders and into our communities.”

An HHS spokesperson told the Daily Caller the funds from this grant are still prohibited from being used for any federally illegal activity or equipment, including drug paraphernalia like crack pipes. NYHRE has not yet tapped into the grant money they were awarded, and once they do so, the organization must provide specific details on how the money will be spent so HHS can approve it.

“No federal funding is used directly or through subsequent reimbursement of grantees to purchase pipes in safer smoking kits. Grants include explicit prohibitions of federal funds to be used to purchase drug paraphernalia,” the spokesman said. “As the United States confronts record overdose numbers, the Biden-Harris Administration is focused on a comprehensive drug control policy focused on stopping the illicit flow of drugs like fentanyl and evidence-based policies that reduce overdoses and save lives.”

The administration has embraced “harm reduction” — which can include supplying drug paraphernalia and in some cases drugs themselves — as a strategy for treating addiction. The effort facilitates drug use in a safer setting for addicts than they might otherwise use, and offers clean equipment for drug use to prevent the spread of disease. (RELATED: Even Democrats Now Agree That The Government Should Not Fund Crack Pipes)

In total, the SAMHSA grant awarded almost $10 million to 25 different organizations. The grant recipients are disproportionately located in New York and California, not areas within the rust belt hardest hit by the overdose epidemic. Six of the 25 grants went to harm reduction groups in New York state. The Daily Caller has not confirmed which of the other 24 organizations have provided, or still provide, safe smoking kits or crack pipes to addicts.

The grant is the first ever effort by SAMHSA to provide funds for “harm reduction,” and was authorized by the American Rescue Plan, President Biden’s COVID-19 relief package.

The Substance Abuse and Mental Health Services Administration (SAMHSA), which awarded the grants, did not respond to multiple requests for comment from the Daily Caller, including questions about whether the agency knew NYHRE distributed crack pipes when it awarded them the grant or how it is ensuring that taxpayer funds don’t go to the distribution of smoking equipment. 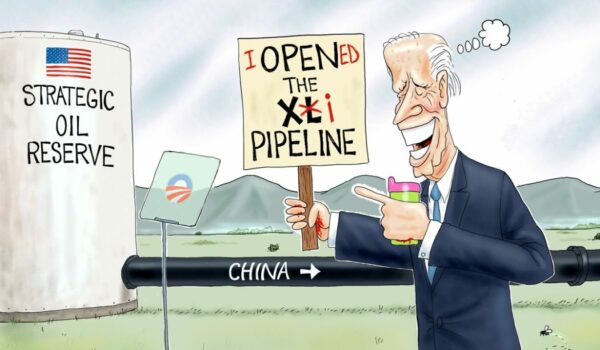