“A hard-working Manhattan bodega clerk who was forced to grab a knife to fend off a violent ex-con, now finds himself sitting behind bars at the notorious Rikers Island jail charged with murder and unable to post $250,000 bail,” reports the New York Post.

The sky-high bail for Jose Alba — who has no known criminal history — was just half of what controversial Manhattan District Attorney Alvin Bragg’s office demanded, despite surveillance video showing the clerk being assaulted by his alleged victim in the bodega.

Alba, 51, was charged with the fatal stabbing of Austin Simon, 35, who can be seen storming behind the counter at the Hamilton Heights Grocery on Broadway and West 139th Street to attack the store worker Friday night…..The harrowing incident followed an argument Alba had with Simon’s girlfriend, whose EBT debit card was declined when she tried to use it to buy chips for her 10-year-old daughter at the store, police and law enforcement sources said.

The 32-year-old woman claimed Alba grabbed the snack out of her daughter’s hand — so she knocked over items on the counter and ran home to get Simon, who stormed into the bodega and attacked Alba about 10 minutes later.

During the fight, Simon’s girlfriend allegedly stabbed the worker in the shoulder with a knife she had in her purse, according to Alba’s defense attorney — but she is not facing charges.

Bragg’s office, however, charged Alba, a dad of three who moved to the US from the Dominican Republic 30 years ago searching for a better life, with second-degree murder. He became a US citizen 14 years ago.

Meanwhile, Bragg is deliberately undercharging violent offenders. He also refuses to enforce laws against fare-jumpers who refuse to pay the fare for public transportation, and refuses to prosecute trespassers; most misdemeanor offenses; and the offense of resisting arrest.

As the Post’s editorial board notes:

But defend yourself and your place of business from a man who attacks you, and Bragg sends you to Rikers.

Jose Alba, 51, was working at a bodega on Broadway near West 139th Street late last Friday night….Austin Simon, 35, went behind the counter and confronted Alba. Video of the incident clearly shows Simon is the aggressor. He yells at Alba, gets in his personal space, then shoves him into the wall.

While Simon continues to rant, Alba gets up and tries to leave. Simon grabs him by the back of the neck.

It’s at this point that Alba takes a knife off a nearby shelf and stabs Simon. The two continue to fight, falling off camera, until Alba comes back into frame — his arm wounded, bleeding, perhaps because he was stabbed by Simon’s girlfriend. A bloody knife in his hands.

“He was cornered in,” Alba’s daughter, Yulissa, tells The Post. “As you can see in the video, he was cornered in, and when he saw himself getting taken outside, he thought his life was being threatened and he defended himself.”

And not just threatened. Simon assaulted him.

But in Bragg’s world, Alba is being way overcharged with murder in the second degree, and locked up on $250,000 bail. 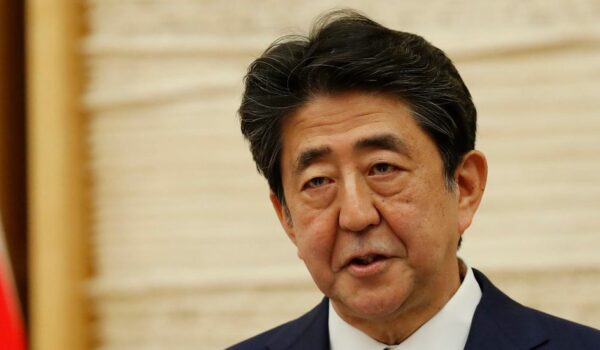