“If I had to bet, I’d say that this might be one of the worst downturns that we’ve seen in recent history,” Zuckerberg told his staff during a weekly session, the audio of which was obtained by Reuters. Meta reportedly planned to hire roughly 10,000 new engineers throughout the year, but has cut this expectation down to 6,000-7,000, Zuckerberg announced in the audio.

The company will be leaving several positions unfilled and will be “turning up the heat” on performance management in an attempt to get rid of staffers unable to meet goals, Reuters continued. “Realistically, there are probably a bunch of people at the company who shouldn’t be here,” Zuckerberg continued, the outlet reported.

“Part of my hope by raising expectations and having more aggressive goals, and just kind of turning up the heat a little bit, is that I think some of you might decide that this place isn’t for you, and that self-selection is OK with me,” Zuckerberg told his teams. Chief Product Officer Chris Cox concurred with Zuckerberg’s sentiment, according to Reuters.  (RELATED: A Host Of Cartoonish Bond Villains Are Deciding Your Fate From The Swiss Alps)

“I have to underscore that we are in serious times here and the headwinds are fierce. We need to execute flawlessly in an environment of slower growth, where teams should not expect vast influxes of new engineers and budgets,” Cox wrote in a memo, also obtained by Reuters.

Facebook has reportedly lost $500 billion since rebranding to Meta, according to PC Gamer. With more and more financial experts noting the impending recession, Meta has already confirmed hiring pauses, but the new information from Thursday’s meeting is the first time exact figures have been released. 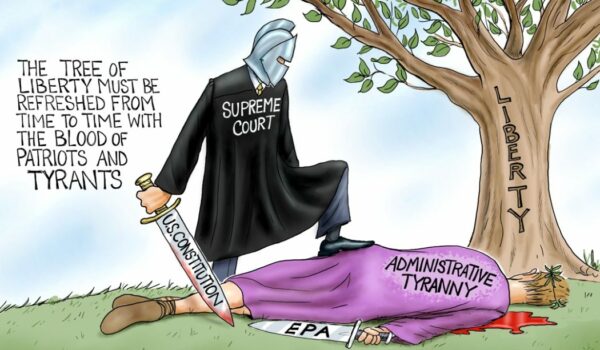 Cartoon of the Day: Liberty Wins Again
Next Post
California is harming the environment and supply chain through new taxes and regulations