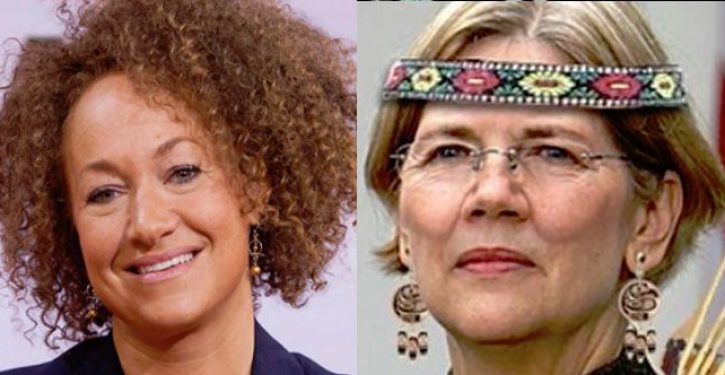 What's not black or red all over: Rachel Dolezal, Elizabeth Warren

Our federal government classifies its citizens by race, in ways that have nothing to do with preventing, remedying, or overcoming past discrimination. It does this even though, as Justice John Marshall Harlan observed, “Our constitution is color-blind, and neither knows nor tolerates classes among citizens.”

As discussed in my forthcoming book Classified (out in less than 3 weeks!), contrary to popular belief, racial and ethnic classification in the US is not solely a matter of personal choice. The federal Office of Management and Budget created a classification scheme in 1978 to be used by all federal agencies, and barely amended since. The classifications you see on employment forms, applications for mortgages, applications for university admission, and so on, are taken from the official federal classifications. Importantly, while these forms rarely include instructions, the OMB classifications have official, legally binding definitions.

With that background, let’s go to our second quiz, involving the Asian American classificaiton.

(1) Here are some countries in Asia: Pakistan, Tajikistan, Azerbaijan, Iran, Afghanistan, and Armenia. Americans with ancestors in which of these countries are classified as Asian American?

(2) Johnnie grew up in California, but his mom and dad grew up on one of the smaller islands of the Phillipines. Is Johnnie an Asian American or a Pacific Islander, or both?

(3) The Lopez family from Argentina moved to Japan in 1920. In 1980, the whole family, still composed solely of individuals with origins in Argentina, moved to the US. Is the family classified as Hispanic/Latino, Asian American, or both?

Asian American is defined as person having origins in any of the original peoples of the Far East, Southeast Asia, or the Indian subcontinent.

(1) There is some ambiguity here, but in practice it seems that only Pakistan qualifies. Iran and Afghanistan are classified as being in the Middle East, which makes their residents white, not Asian. Armenia is not in the Far East or the Indian subcontinent. For Tajikistan, Azerbaijan, and Armenia, these classifications traditionally were interpreted by country of origin, and given that the latter were Soviet Republics, and the USSR was considered a white/European country, their residents were classified as white.

Note that I will occasionally get a question about whether an Ashkenazi Jew from somewhere like Tajikistan is “Asian American.” The answer to that seems to definitely be no. Even if one posited that Tajiks generally should be classified as Asian American, note that the official definition requires descent from one of the “original peoples” of the area, which Ashkenazi Jews do not have.

(3) If members of the Lopez family consider themselves to be Hispanic, then they meet the official definition of being of Spanish origin or culture. No matter how many generations a Latin American family lives in Asia, however, they never become “Asian” under federal standards, because they are not descended from the original peoples of Asia. By contrast, if a Filipino family moves to Argentina as soon as they adopt Hispanic culture they become both Asian and Hispanic (assuming they at some point move to the US).

The Associated Press says that the Biden administration is considering changes to official racial and ethnic classifications used by the federal government. The biggest changes would be to convert the Hispanic/Latino category from an ethnic to a racial category, and to add a new MENA (Middle Eastern and North African) category.

Professor Bernstein discusses the strange history of federal racial classifications, such as the creation of the “Hispanic” concept, in his forthcoming book, Classified: The Untold Story of Racial Classification in America.

In the 1970s, the federal Office of Management and Budget invented the Hispanic category. That gave rise to several controversies and arguments:

First, there was the question of what to name this novel classification–previously, what we now call “Hispanics” were generally either considered generically white by the federal government, or listed separately as Mexican, Puerto Rican, and sometimes Cuban. In the early 1970s, the government started to use classifications like “Spanish-speaking” or “Spanish-surnamed,” but these were ultimately deemed inadequate and imprecise for rather obvious reasons. Hispanic was chosen even though at the time few people thought of themselves as “Hispanic.”

Second, there was controversy over how to define the category. Should it include white people of Spanish descent? (Yes!) Should the American Indian category instead be “Original Peoples of the Western Hemisphere” to include Latinos of indigenous origin? (No!) Should the Hispanic classification be considered a race or an ethnicity? (Ethnicity!) And should forms asking about race and ethnicity include “Hispanic” as an alternative to white, black, Asian, or American Indian, or should Hispanic identity be asked about separately from the racial classifications? (At first, institutions were given the option of doing either, but in 1997 they were ordered to ask about Hispanic ethnicity separately; it took the Department of Education and the EEOC another decade to comply. The SBA’s guidance on disadvantaged business enterprises still depicts Hispanic as a racial category.)

As Professor Bernstein explains in his book:

In the late 1970s and early 1980s, the Census Bureau proposed making “Hispanic” a racial category akin to “Black” or “White.” Most major Latino organizations aggressively opposed the change.

In 1997, the OMB rejected a request from the National Council of La Raza, a Latino advocacy group, to combine the race and Hispanic origin questions into a single Race/Ethnicity category. In 2018, the Census Bureau recommended that “Hispanic or Latino” be changed from an ethnicity to a race category. The Trump administration, however, declined to adopt this recommendation.

As Bernstein notes, the move to change Hispanic to a racial category reflects a problem with American racial classifications. Approximately fifty percent of American Hispanics have consistently considered themselves to be white in private surveys and on census forms (Bernstein says the percentage was a bit lower in 2020), while a small fraction identify as black. The rest don’t feel represented by any of the racial categories because they are of mixed European/indigenous (or occasionally other) ancestry. This is reflected in the following story in Bernstein’s book:

I recently helped a native of Peru of mixed Spanish and indigenous origin apply for a green card. She was mystified by the form asking her to classify herself by one of the standard American racial categories. None of the racial options fit how she perceived herself. The American Indian category on the form, which might otherwise have covered her Inca ancestry, is limited to North American Indians.

One conceivable solution, suggested by some academics and activists, would be to replace the Hispanic classification with an Indigenous Latino/Mestizo classification for those who so identify, while white and black (and Asian) Hispanics could identify by those racial classifications.

But “there is little appetite for such change in the government. Hispanic groups that have built their political power based on their diverse, multiracial constituents being perceived as having a common Hispanic identity are even less likely to pursue such a reform.”

So as Professor Bernstein notes:

we are left with a choice between the status quo and a Hispanic racial category. A Hispanic racial category creates an obvious problem: to the extent that one thinks that “race” is a salient way of dividing people, it’s hard to come up with a good definition of race that applies to Hispanics, whose ancestry can be any combination of European, Middle Eastern, African, Asian, and Indigenous. It’s dubious to even consider “Hispanic or Latino” classification an ethnicity, given the cultural heterogeneity within the category. Michael Lind argued in Salon back in 2012 that the category is “artificial” and “preposterous.” It “include[s] blond, blue-eyed South Americans of German descent as well as Mexican-American mestizos and Puerto Ricans of predominantly African descent.”

Artificial and preposterous does not necessarily stop government bean counters, as shown by the “Asian American” classification, which includes everyone from Pakistanis to Filipinos. But the AP also reports that Asian American groups are asking the government to rethink this problematic, overbroad “racial” category. It would be ironic if the government did so, while creating a new one. 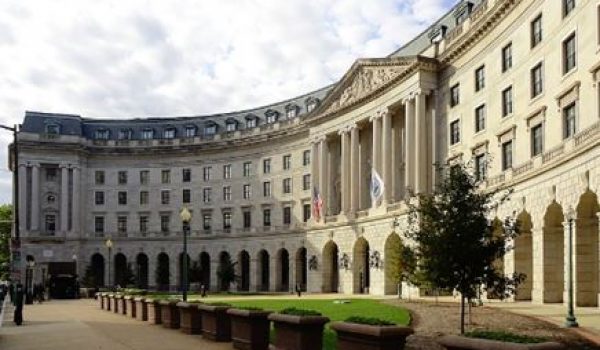