The intent of the Framers controls our interpretation of a constitutional provision. We must discern the Framers’ intent from the plain meaning of the language used and may resort to extrinsic aids only if the express language is vague or ambiguous. Even in the context of clear and unambiguous language, however, we determine constitutional intent not only from the plain language, but also by considering the circumstances under which the Constitution was drafted, the nature of the subject matter the Framers faced, and the objective they sought to achieve….

The 1972 Constitution removed the [1889 Constitution’s] language subjecting the Board’s powers and duties to legislative control and instead vested the Board with the “full power, responsibility, and authority to supervise, coordinate, manage and control the [MUS] and … supervise and coordinate other public educational institutions assigned by law.” By the plain language of Mont. Const. art. X, § 9, the Board retains full independence over the MUS. However, the Board remains subject to the legislative powers to appropriate and audit, legislatively determined terms of office, and the oversight of additional educational institutions as prescribed by law. Legislative oversight likewise remained the case for the constitutionally created Board of Public Education.

The 1972 Constitutional Convention’s debate over Mont. Const. art. X, § 9, further helps determine the Framers’ intent regarding the Board’s constitutional authority. The debate reveals the Framers intended to place the MUS outside the reach of political changes of fortune and instead in the hands of a Board which remained directly responsible and accountable to Montanans. Indeed, the Framers recognized the importance of independent and unfettered academic freedom:

[A] more subtle kind of coercion has made its appearance, and it is of the sort which is likely to become an even greater threat to the integrity of higher education in the future. This is the growing power of the centralized, bureaucratic state. Without overtly intending to curtail freedoms, the modern state has absorbed an increasing amount of power and control in the name of efficiency. [Montana Constitutional Convention, Committee Proposals.]

The contemporary understanding at the time of the Constitution’s ratification was “that the convention intended that the [Board] should be a quasi-independent state department subject only to indirect legislative control through appropriation, audit, confirmation of gubernatorial appointments and assignment of other educational institutions for their supervision.” …

The State asserts the Board’s constitutional authority is limited to academic, financial, and administrative matters and that HB 102 revoked any previously delegated power to regulate firearms…. [But] the Board and the Legislature derive their respective power from the same authority—the Montana Constitution. The Constitution defines the powers of each and imposes limitations upon those powers. Absent language to the contrary, a direct power conferred upon one necessarily excludes the existence of such power in the other. This fundamental premise lies at the very root of the constitutional system of government.

The Board, and MUS, are not mentioned in Mont. Const. art. V, which imparts the legislative power, and corresponding limitations, upon the Legislature. However, nor is the Legislature mentioned in Mont. Const. art. X, § 9(2), which entrusts the Board with the full governance and control of the MUS. No reasonable rule of construction permits either body to encroach upon or exercise the powers constitutionally conferred upon the other.

The State … argue[s] the Board’s authority remains limited to academic, administrative, and financial matters concerning the MUS. The Board’s constitutional authority includes those matters. However, contrary to the State’s argument, Board Policy 1006 [banning guns from campus] relates directly to the academic and administrative operations of the MUS. Applying, as it does, solely to individuals while they are on MUS campuses or properties, Board Policy 1006 reflects the Board’s judgment on an issue undoubtedly within the scope of its constitutional authority under Mont. Const. art. X, § 9(2)(a)—the appropriate means by which to maintain a safe, secure, and orderly educational environment in its classrooms and on its campuses and properties.

While the mission of the MUS remains teaching, research, and public service, the Board has determined through Board Policy 1006 that the presence of firearms on MUS campuses presents an unacceptable risk to a safe and secure educational environment, thus undermining these goals. The Board manages instructional facilities, laboratories, recreational facilities, student residential housing, food services, and a host of other operations. Students, faculty, and support personnel rely on the Board to assess security risks and make decisions that will enhance the safety, security, and stability of the educational environment as a whole, consistent with the MUS mission. Thus, maintaining a safe and secure educational environment falls squarely within the Board’s constitutional authority under Mont. Const. art. X, § 9(2)(a), affording the Board the power to protect MUS campuses so that the educational and administrative goals of the MUS are realized.

Board Policy 1006 arises from this necessity and reflects the Board’s assessment that firearms threaten the safety and security of the educational environment it strives to obtain. In addition to limiting the carrying of firearms on MUS campuses, Board Policy 1006 delegates the control and direction of campus police and security departments to the presidents of each MUS campus. It is particularly germane and necessary to the Board’s constitutional authority that it can manage MUS campuses by implementing policies it believes will minimize the loss of life and thereby strengthen its educational environment. While the mission of the Board is education, the reality is that campus safety and security is an integral responsibility of the Board and its mission….

Conversely, with limited exceptions, HB 102 prohibits the Board from regulating the possession, transportation, or storage of firearms on MUS campuses. By expressly proscribing the Board from regulating firearms on MUS campuses, HB 102 functions as a legislative directive of MUS policy and undermines the management and control exercised by the Board to set its own policies and determine its own priorities. The Board, not the Legislature, is constitutionally vested with full authority to determine the priorities of the MUS. See Judge, 168 Mont. at 454, 543 P.2d at 1335. HB 102 sought to undermine this constitutional authority and thus cannot be applied to the Board and MUS properties.

Our holding does not, as the State contends, elevate the Board and MUS to a fourth branch of government or provide the Board veto power over state laws it disagrees with. Rather, we conclude that, where legislative action infringes upon the constitutionally granted powers of the Board to supervise, coordinate, manage, and control the MUS, the legislative power must yield….

The Board is constitutionally vested with full responsibility to supervise, coordinate, manage, and control the MUS and its properties. The regulation of firearms on MUS campuses falls squarely within this authority….

The state supreme court’s ruling doesn’t discuss the Second Amendment or the similar provision in the Montana Constitution. The parties apparently didn’t discuss them. The relevant provision of the Montana Constitution provision reads, “The right of any person to keep or bear arms in defense of his own home, person, and property, or in aid of the civil power when thereto legally summoned, shall not be called in question, but nothing herein contained shall be held to permit the carrying of concealed weapons.”

Technically, this ruling by the state supreme court should not foreclose a future Second Amendment or Montana bear-arms challenge to the University’s System’s campus carry ban, because no such arguments were raised or discussed. The Supreme Court has admonished that “cases cannot be read as foreclosing an argument that they never dealt with.” See Waters v. Churchill, 511 U.S. 661, 678 (1994). 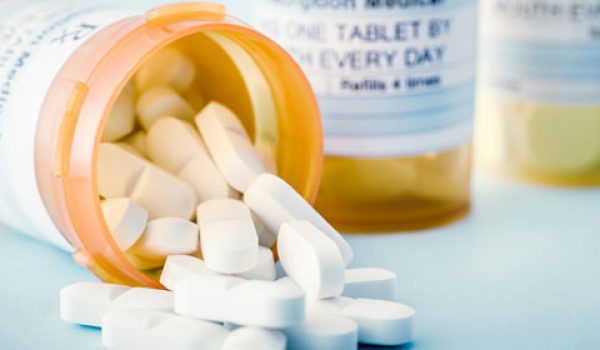 Supreme Court makes it harder to prosecute doctors who prescribe opioids for pain relief
Next Post
Cartoon of the Day: North Is Still North 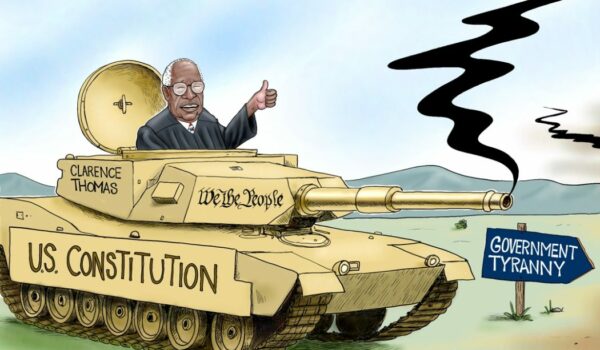